Insights on Work At Home

Technology now plays a significant role in virtually every type of business. During the COVID-19 pandemic, many companies had to work at home, including professional accounting firms. During a post-tax season debriefing, it was interesting to learn what worked and what didn’t work during this time. Remote meetings became common. Collaboration tools like Microsoft Teams, Slack, and workflow became critical, too. Firms that used outsourcing wound up with work at home advantages. Companies that provided cloud services like Microsoft and Amazon stepped up their game to handle the extraordinary volume reported to be as high as a 770% increase. What worked and what didn’t work for you?

Fortunately, you don’t have to know everything there is about tech-related tools to get the job of remote work at home done. For pretty much every task that calls for technology, there is an opportunity to outsource. Outsourcing tasks when you don’t have the expertise is wise.

Yes, you want to be able to do simple things like checking your email and working on documents. Still, there are many things that a CPA firm should consider outsourcing—even if it’s solely to save time. However, some technologies made the difference for firms that had to work at home. Here are a few of the most common examples:

Few things are more important for keeping your firm running smoothly than the ability to communicate between team members and with clients. Tools like these video conferencing tools made all the difference for video conferencing:

Video conferencing became so common that new words were added to our vocabulary. Zooming, meaning to have a Zoom meeting, or Zoom-bombing, anticipating to have your web conference broken into by bad actors became commonly used. Further, learning to use creative backgrounds to convey place and space became common since this feature was in Zoom and added to Microsoft Teams during the crisis. The most creative firms created a virtual background from their firm, often using a picture of their lobby showing their logos as a background. Microsoft claimed that in their Teams product, that 38% of the meetings included video, up two-fold, which was still about half of the rest of the world.

A second claim made during a post-tax season debrief was that workflow made all the difference in working effectively. One firm said, “we were so fortunate that we had implemented XCM last summer. I don’t know how we would have functioned without it.” Another stated that they had used XCMworkflow for several years because of the coordination between offices and for controlling work processes in multiple areas of the firm.

It was clear that firms that didn’t have workflow also suffered inefficiencies during this time. Another firm noted that they had to work around their manual workflow system and try to do their new work at home strategy work by handing off tasks via email. In effect, they said that they were using old methods trying to work in the new remote way. It was clear that this problem had to be addressed soon. If the “new normal” became work at home, optimizing workflows was a must.

CPA firms are a big target for cybercriminals. Many cyber-attacks focus on CPA firms. It’s difficult to overestimate the importance of having adequate security measures in place. And the truth is, software security is involved.

Not only can trying to maintain a proper level of security for your firm and clients prove time-consuming, but it can cost you significantly if not done correctly. An online security expert will be able to keep you informed on your firm’s security status and make any necessary updates remotely.

You can learn more in our K2 courses like K2’s Securing Your Data - Practical Tools for Protecting Your Data or at our K2 technology conferences by attending the security sessions. Outsourcing tasks like cybersecurity help you keep up in the ever-changing world of IT security.

Two other areas that didn’t go well during the conversion to work at home were phone and voice support as well as virtual private networks (VPNs). Both areas suffered from bugs and errors, as well as getting the logistics correct.

Some firms were using Voice Over IP (VOIP), and their transitions were generally easier. With VOIP phones, you can have a physical phone in the office and at home and have your cell phone serve as your phone as well. For organizations using VOIP before work at home became mandating, the transition to using VOIP primarily from home was relatively seamless. Hosted VOIP services like Vantage and Ring Central seemed to hold up well under the load. These services may be worth considering if your voice systems didn’t work well, and you had to use your cell phone all the time you worked at home.

IT professionals reported that VPNs also caused some problems. The major providers of SonicWALL and Barracuda both had trouble syncing CCH Engagement binders under this type of load and provided emergency fixes during the first quarter of 2020. If your firm needs secure communications to your private cloud or a public cloud, IT professionals will have to address how your VPN works. On the other hand, firms that used centralized computing with tools like Citrix Virtual Apps and Desktops were able to transition to work at home with minimal issues leveraging the built-in VPN capabilities of this product.

As with cybersecurity, IT infrastructure is very complex, and it can eat up a lot of your time. From choosing servers to securing and managing hardware, keeping this task in-house can prove ineffective and costly. Going with an outside cloud service that facilitates all your backend operations can help your firm flourish and make life much more comfortable in the process. For CPA firms, make sure that you look for cloud providers that are authorized to host your primary applications, such as QuickBooks, from high-quality providers such as AbacusNext, Ace Cloud Hosting, CETROM or Right Networks. If a private cloud approach is better for your business, outsourcing tasks like IT infrastructure management to managed service providers like Network Management Group, Inc., augment your computer efforts.

As a CPA firm partner and owner, there’s not enough time in the day for you to do everything—especially things in which you have no expertise. Think about outsourcing tasks for tax and bookkeeping, communications, cybersecurity, and cloud services to take advantage of technology and move your firm forward. You might be surprised by how quickly you notice things going in the right direction! 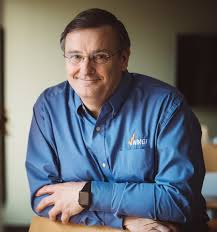 Learn how firm management can help your firm be more efficient, meet growth targets, and adapt to changing business environments.