Designing for voice: Talking with patients 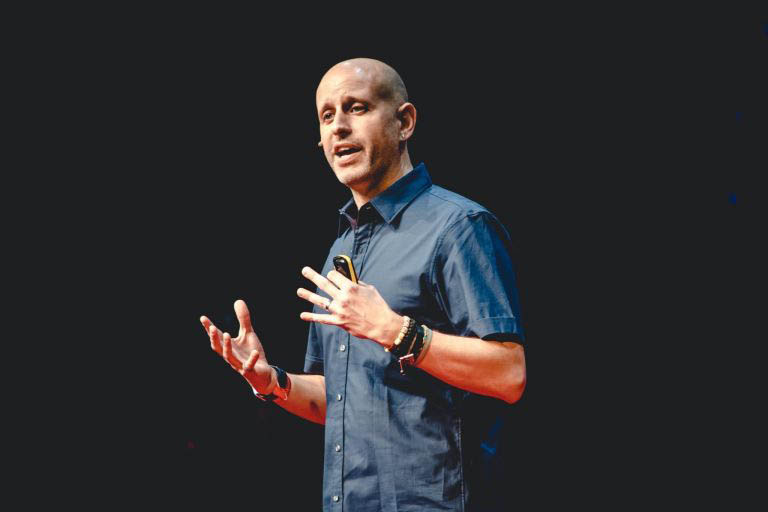 A conversation with Freddie Feldman

How would you describe the voice of Deb, the distinctive voice used in Emmi programs? What's the intent behind the voice? How do people respond to it?

Deb's been recording with us for six years or so. She’s like our “secret sauce”, so we’re very protective of her. She’s like part of the family. She also teaches voice acting at local colleges.

Deb's voice is - oh, gosh. She's empathetic, supportive, trustworthy, authoritative. These are the words that come up when we think of what we're trying to convey through her voice.

The human connection that you have with this human voice is real, and I think it affects the engagement with the patient. And we've even heard of older patients enjoying having someone to talk to.

You know you're talking to a machine, but after a minute or so, that sensation kind of fades. You forget all of that because of the warmth in her voice and how - it's not levity, but there is a lightness to it that makes you feel sort of - I smile when I hear her voice. I don't know what it is. You're happy to hear it. And I think it's a huge deal for us as far as the success of the calls and the multimedia programs.

How does that play out in patient care, moment to moment?

If the Emmi voice on that phone call, Deb, wasn't comforting and empathetic and warm, and someone you could talk to, maybe a patient who is depressed and suicidal wouldn’t say what he was feeling.

What do you look for when recruiting voice designers for your team at Wolters Kluwer?

My hope is that anyone on our team who is writing for patient interaction gets to actually interact with patients from time to time. That's really important. I saw it in my own work on the side, where I spent a time with this woman who had MS, Denise. She had MS for 30 or 40-some years. She had lost the capability of speech.

You internalize that, and then I think you put that passion into what we're writing for the patients. You always have them in the back of your mind. That's patient-centric design, user-centric design, right?

My goal, and the team's goal, really, is: What does the patient want or need? And we learn that by interacting with real patients. Everybody on the team has worked with patients at some point in their previous lives. One voice designer was a vascular tech at a hospital. Another was a nursing student for a while and then he went into user experience design. Another voice designer worked in a clinical setting managing a laboratory.

How do you bring fresh eyes and ears to the scripts that already exist?

We need to constantly be reviewing these designs and scripts, because we're always learning. You can't set it and forget it and launch it and let it go out there and never revisit it. So that's another goal of mine: to revisit these scripts periodically and make sure that they're still working for the patients.