What 2020 brings for HIV prevention and treatment 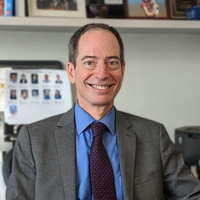 Paul E. Sax, MD, is clinical director of the HIV program and division of infectious diseases at Brigham and Women’s Hospital and professor of medicine at Harvard Medical School. A long-time section editor for HIV at UpToDate®, Sax sat down with us to discuss HIV/AIDS and what he is hopeful for going into 2020.

The White House along with the CDC launched a campaign to end HIV by 2030. Is this achievable?

It’s achievable if we can tackle our remaining barrier to HIV care in the United States, which is the retention of people in care. Unfortunately, we have a lot of the people who are HIV positive in this country who don’t access care regularly and don’t take their medications as a result, and this usually has to do with social constructs about healthcare delivery in the USA.

These are predominantly poorer people, people living in poverty, or people who are in racial or ethnic minority groups. And just like in every other aspect of healthcare, they have less good HIV care, not for want of trying, but just because of our fractured healthcare system. Atlanta is a good example of this disparity – my colleagues who are HIV specialists there cite vast differences in retention in HIV care depending on where in the city their patients are coming from. Middle class and affluent people with HIV in Atlanta are, like in most places, successfully treated; patients from the poorer and predominantly Black neighborhoods have a disproportionate number of people receiving no medical care, and that includes those with HIV. I do want to emphasize, however, that in most clinical practices with patients who attend regularly, over 90% of the people are on effective HIV therapy.

On a policy level, Medicaid expansion has happened in many states, but certainly not all of them, in particular in the South. That means some people just fall between the cracks and don’t have access to care.

Let’s talk about PrEP – Pre-Exposure Prophylaxis. What’s next in this area?

We see a lot of hope and progress, with people at high risk for HIV taking medications to prevent infection. There’s a very effective PrEP option out there, tenofovir DF and emtricitabine. And the manufacturers of that drug have developed a new formulation that has less kidney and bone toxicity. They tested it in a population of exclusively men who have sex with men and in transgender women. They found that it was just as effective to use this new formulation as the old one. That’s an advance.

The study was controversial, however, because it did not include women, and there’s complicated reasons for that oversight. But there is a plan, fortunately, to expand the new options for PrEP in women. Most importantly, the study is being done in Sub-Saharan Africa, where the problem of HIV is equally split between men and women. Other options for PrEP are being evaluated.

One of the tensions for providers will be that the first formulation is going to become generic soon, which should lower the price substantially, whereas this new formulation is branded. These are the same struggles that every clinician faces with new medications in the United States.

Very soon we will be able to treat people with HIV with long-acting injectable medications, so that people don’t have to take a pill every day. The first version of this is almost certainly going to be available in 2020. Instead of taking a pill every day, people will come in to their clinicians or they’ll go to a pharmacy, or a community center, and get two injections – every four weeks or every eight weeks. And for many people, that actually has shown to really reduce the stigma of having HIV. It’ll be very interesting to see how that plays out in actual clinical practice. We know from the clinical trials that it works quite well. And this is certainly something we’ll be covering in UpToDate once it gets approved.

Another hope is for greater uptake of the U=U, or Undetectable equals Untransmittable, campaign, so that more people can go on treatment and thus reduce the number of new infections. And we can always hope for a great breakthrough in the HIV cure area. A lot of people, smart people, are working on it.

Finally, we have two ongoing HIV vaccine studies that are enrolling around the world, and at some point we hope to see some efficacy data on it.

You can access select clinical topics on HIV in UpToDate and watch Dr. Sax explain which areas of research he follows closely in our video interview.

Appraising experimental research to determine the level of evidence Health literate healthcare organizations: Lessons from North Texas Infection prevention: what to expect in 2021