Pharmacogenomics and the flawed use of race in recommendations

Race continues to be a consideration – albeit a flawed one – on drug labels and testing recommendations for reasons ranging from managing resources, to uncertainty or lack of consensus in research. Our ever-improving knowledge of how genomic factors contribute to the observed differences in medication response should mitigate this.

A 2021 JAMA article titled “Race and Pharmacogenomics – Personalized Medicine or Misguided Practice?” examined why race continues to be a consideration in published recommendations regarding which patients should undergo specific pharmacogenomic testing and is also occasionally a consideration for drug selection. The authors bring up several valid points:

You can’t test everyone, or can you?

As the authors note, cost and other resource issues play a large role in the persistent use of race in recommendations about who should undergo specific pharmacogenomic testing.  For example, carbamazepine labeling recommends “testing for HLA-B*1502 should be performed in patients with ancestry in populations in which HLA-B*1502 may be present,” noting that HLA-B*1502 is most common in specific Asian populations and nearly absent in Caucasian, African American, and other populations.

This is meant to help focus resources, so that time and money is only spent pursuing testing for those most likely to need it. However, as the use of multigene panels, whole genome sequencing, and other similar testing continues to become less expensive and more widely used, race-specific, considerations like this will no longer be necessary as everyone's HLA-B genotype will be available to prescribers when they are considering whether carbamazepine is a safe option for their patient.

Current flaws with race in pharmacogenomics

Another important point that is highlighted in this article is that our current use of race in pharmacogenomics (PGx) is flawed.

The use of overly broad and genetically imprecise terminology can be clinically problematic, as apparent with the example of HLA-B*1502 and carbamazepine. While the HLA-B*1502 variant is present in more than 10% of individuals from Indonesia, Hong Kong, or Vietnam, it is present in 1.5% or less of Japanese or Korean individuals. Consequently, the overly broad term of “Asian” does a poor job of identifying which patients are at the greatest risk and would likely benefit the most from genetic testing.

Not only is there a lack of consensus on what racial or ethnic categories should be used, but the application of race or ethnicity in studies and recommendations has been inconsistent. A recent review of this issue using 103 studies from 31 different countries found that the NIH-defined racial and ethnic categories of “white,” “Black,” and “Asian” mapped to 66, 62, and 49 different racial or ethnic categories, respectively, in those studies. This highlights the inconsistent and variable use of descriptors for race and ethnicity in research studies.

Another factor complicating the use of race in the application of pharmacogenomics is questions about the accuracy of self-reported race. A study looking at race and hypertension found that using genetic markers of race was more closely related to differences in treatment response than was self-identified race. Other studies have similarly reported that self-identified race didn't always capture genetic ancestry well.

Race is also sometimes considered in drug selection because the specific genomic factors responsible for observed differences in drug response are uncertain.

For example, “Caucasian” patients have been shown to experience a greater benefit from ACE inhibitors than do “African American” patients in many studies. While at least some of the physiologic reasons for these differences are understood, it isn't yet clear if genetic testing can be effective at identifying whether an individual patient would be more likely to benefit from an ACE inhibitor vs. a drug from another class.

As the genetic underpinnings of variability in drug response continue to become clearer, and as multi-gene testing earlier in life becomes less costly and more common, there will be less reliance on race as a factor in pharmacogenomic decision making.

While things are moving in the right direction, many of the ideas in the JAMA viewpoint have been raised before. One such article was published nearly 15 years ago and focused on the problems with the broad “Asian” categorization, a few years after the approval of the drug rosuvastatin for which a lower starting dose is recommended for Asian patients. That the same questions are being raised today begs the question of whether enough is being done to either remove race entirely or to make its use clearer (for example, tied to more specific country and regional designations) and more consistent when necessary.

In the interim, it is important for us to look closely at all guidelines, label recommendations, and clinical studies that describe race to confirm what population is actually being described. Similarly, it is essential to be as specific as possible when referring to race or ethnicity in any monograph, topic, recommendation, or alert that we publish in pharmacogenomics guidance.

The same need for specificity would apply to the clinicians who are making the decisions about testing or prescribing according to patient race or ethnicity when clinically appropriate.

In the U.S. in the past few years, confronting bias, inequality, and outright discrimination in our systems has been a hot-button issue. While the FDA has not made public any plans to address pharmacogenomics labeling at this time, a great deal needs to be done in order to make pharmacogenomics recommendations and labeling better and more complete. It is up to each of us to be more aware of these flawed concepts and push for a more inclusive, individualized view of our patients.

For more on pharmacogenomics, explore Lexicomp. 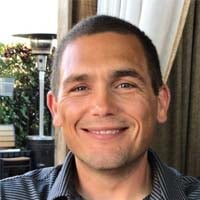 Daniel Streetman, PharmD, is manager of referential content in the Metabolism, Interactions, & Genomics group of Clinical Effectiveness, Wolters Kluwer, Health. Dr Streetman is an adjunct faculty member with the University of Michigan College of Pharmacy; an Instructor with the University of Michigan - Flint; and the author of more than 25 publications.

What’s ahead for infection prevention? 2022 predictions from clinical experts Clinical pharmacy: reflecting on this year and looking ahead to 2022 Managing the opioid crisis — best practices for your opioid stewardship program