Now that flu season is upon us, it’s particularly important for hospital staff and bedside clinicians to remain ‘flu free’ and prevent the possibility of spreading the virus to patients and family members.

In 2017, the Centers for Disease Control and Prevention (CDC) reported that 80,000 people died as result of the flu, making it the highest death toll in over 4 decades. (Typical flu-related fatalities range from 12,000 to 56,000 per year.)

Unlike patients who have a choice about getting the flu shot, most health care workers don't have a say. Many hospitals across the country have policies requiring employees to get vaccinated. 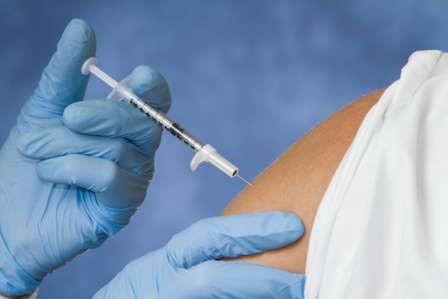 Though the government recommends that health care facilities increase the number of workers who get vaccinated, nurses and other workers in some communities have put their jobs on the line by refusing due to medical/religious reasons. Many employers feel otherwise, in that bedside caregivers have a responsibility to protect the well-being of vulnerable patients and co-workers who need to stay healthy.

Some patients cannot get the flu shot because they are undergoing cancer treatment, for example, and have compromised immune systems.

Although the CDC recommends that everyone age 6 months and older get a flu shot, annual statistics show that approximately 63% of all health care workers are vaccinated compared with 40% of the general public. The CDC also reports findings that vaccines among the health care work force helps reduce patient fatalities, and aims to have 90% compliance for health care workers by 2020.

The American Nurses Association (ANA) and National Nurses United (NNU), which represent about 300,000 of the nation's nurses, have not tracked how many workers have been suspended or fired for refusing to get a shot. Both groups recommend the vaccination for nurses, but agree  that it shouldn't be mandated and workers shouldn't be fired. In most states, individual hospitals set their own policies.

The argument for mandatory flu shots

There are three main arguments hospitals set forth as justification for requiring employees to get flu shots:

The argument for allowing staff to decide for themselves

Some argue the case against mandatory vaccination: