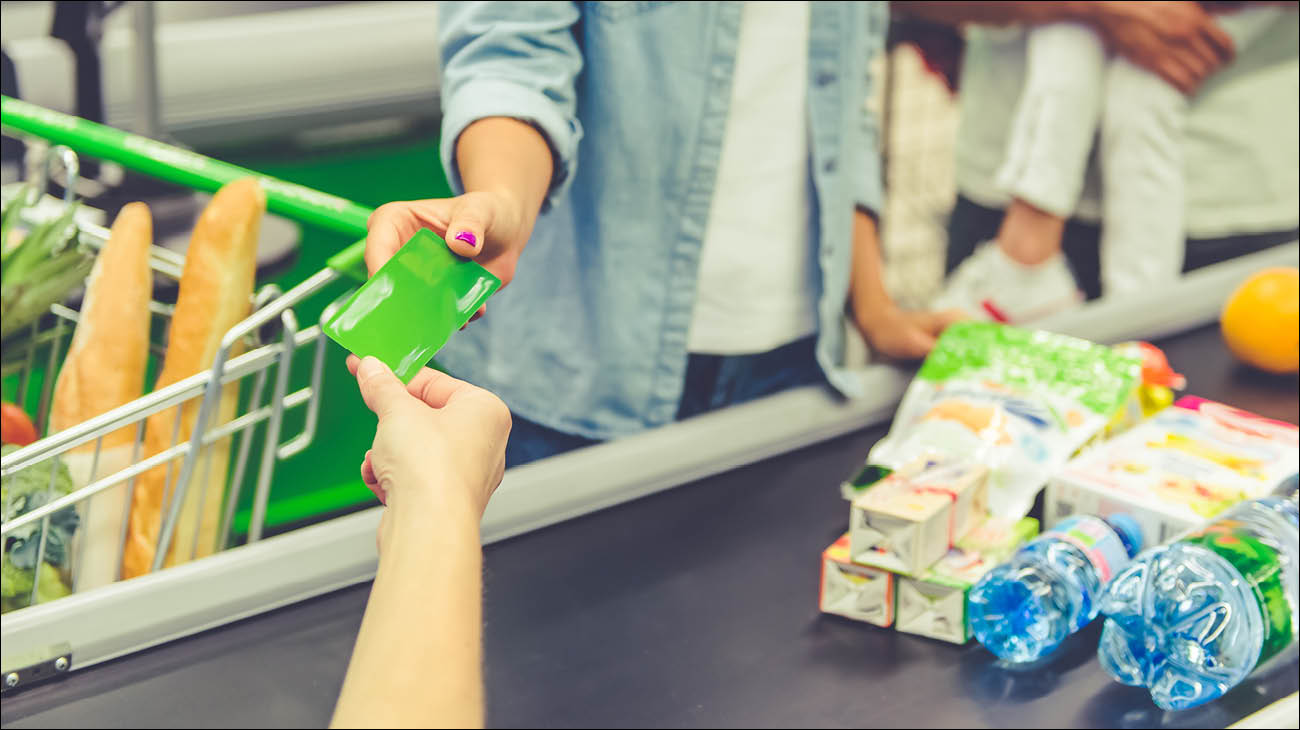 The USDA administers SNAP (Supplemental Nutrition Assistance Program), formerly known as food stamps. The analysis covers all purchases made in 2011 “from a leading U.S. grocery retailer” which is not identified in the study. The survey found that spending by SNAP and non-SNAP households followed similar patterns: Of every food dollar, about 40 cents was spent on basics such as meat, fruits, vegetables, milk, eggs and bread; about 40 cents was spent on assorted items including cereal, prepared food, other dairy products, rice, beans and other cooking ingredients; and about 20 cents was spent on sweetened drinks, desserts, salty snacks, candy and sugar.

Depending on your policy inclinations, you might shrug and summarize the report as “SNAP households buy pretty much the same foods non-SNAP households buy” or you might be outraged, “They spend HOW MUCH on soda and junk food?!” Or maybe both. I’m pretty sure people can be ambivalent …

The survey’s findings reignited the debate about which foods should be eligible to be purchased with SNAP. On the USDA’s web page describing eligible foods, they include a link to a paper about the implication of restricting foods that may be purchased with food stamps.   The authors recommend not limiting food stamps to health(ier?) foods for several reasons, including the fact that there is no clear standard for identifying healthy food and because the complexity of administering the restriction would have significant costs.

Most states exempt food for home consumption (or tax it at a lower rate), but many tax candy and/or soft drinks. Under federal law, states may not tax food that is purchased with SNAP benefits. If a customer buys a bottle of Coke with cash (or an equivalent like a check or credit card), that’s taxable in many states, whereas if the customer pays with SNAP, it is not taxable.

When a customer pays part of the grocery bill with SNAP and part in cash, federal law requires that the SNAP benefits be applied to foods that would be subject to tax first. The federal prohibition on taxing food bought with SNAP means that some otherwise taxable food sales escape taxation. In fact, because orders bought partially with SNAP and partially with another form of payment must have SNAP applied to the taxable foods first, SNAP junk food purchases are slightly over-represented. Maybe a rounding error in the scheme of things, but an interesting observation.

The same types of concerns about which foods should be eligible for SNAP also figure into states decisions about which foods are subject to sales tax. Most states that exempt food do tax some “junk food” or “luxury items.” States have different criteria for deciding what is taxable and what is exempt but there are similarities, especially in streamlined states that use common definitions.

Defining healthy food is harder than you would think. Should calories be the determining factor? What about nutrients, either those the food contains or those it lacks? A stick of butter or bottle of oil is just fat but these are normally included in a balanced diet so fat content of a single item is not a very good indicator of whether the item belongs in a well-rounded diet. Orange juice contains more sugar and calories than diet soda, but no state with a food exemption taxes 100% juice, and non-caloric sweeteners may also be unhealthy so, again, a straight calorie reading may not be the best indicator. Dry breakfast cereals are often highly sweetened but they are also fortified with vitamins and minerals and face it, not everyone is having a bowl of unsweetened oatmeal with fresh fruit for breakfast. Even pure junk food can be part of a reasonably healthy diet when consumed in moderation.

The fact that it’s so hard to identify healthy food plays right into the issue of complexity. Take candy, for example. Let’s say we agree that candy isn’t good for you and its consumption should be discouraged. What is candy? The Streamlined Sales Tax (SST) definition, adopted by a number of states, is “a preparation of sugar, honey or other natural or artificial sweeteners in combination with chocolate, fruits, nuts or other ingredients or flavorings in the form of bars, drops or pieces. Candy shall not include any preparation containing flour and shall require no refrigeration.” This clear definition is accompanied by SST appendix N, a 3-page list of items that are classified as being candy or not.

At the federal level, the USDA has determined that the benefit of limiting SNAP to healthier foods is outweighed by the complexity of having to figure out if each item falls into the good or bad category. Businesses in most states have to deal with this item by item analysis, though, for sales tax purposes. There are some 40,000 items in the average supermarket so it is an enormous job!

In a streamlined state that exempts food but taxes candy, someone in the supermarket tax department has to go through every candy-like item to see if it’s “commonly thought of as candy” (sugar cubes and barbecue potato chips are not so they are exempt), and if so, analyze whether the item is in one of the taxable forms (cotton candy is exempt because it is not bars, drops or pieces); check the ingredients for flour (licorice is often exempt, as are many cereal bars, but other cereal bars are taxable because they do not contain flour); and read the label to ascertain whether it requires refrigeration (ice cream is exempt.)

The exemptions show how difficult and ultimately futile it is to use public policy (whether SNAP benefits or sales tax exemptions) to direct people away from consuming less healthy foods. The SST candy rules favor Kit Kats over Milky Ways and ice cream bars over chocolate chips. How does this promote public health, and what about the costs to businesses that have to code for this?

The USDA has (for the time being, at least) decided not to make retailers engage in this sort of analysis to determine whether the item in question may be purchased with SNAP benefits, whereas a number of states do distinguish between types of food for sales tax purposes. If the USDA ever does change the rules so that certain junk foods are ineligible, how would they decide which foods are ineligible? Most states exempt chips, popcorn, pretzels and cookies, even if they tax candy and/or soft drinks, so businesses are not currently analyzing foods to see if they are snacks. The streamlined definitions of candy and soft drinks might be a start, but then retailers in non-SST states would have to run each item through two separate analyses to identify items that are eligible for food stamps and exempt from sales tax. If identifying “healthy” food under one set of rules is tough, doing it under two sets of rules will be excruciating!