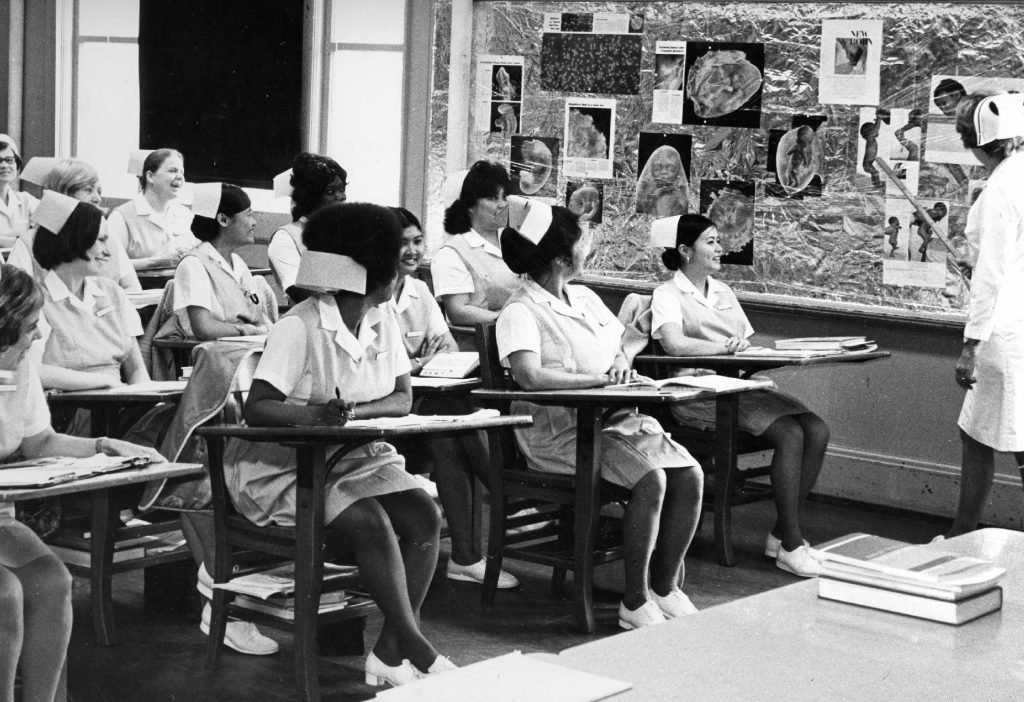 50 years of the Textbook of Basic Nursing: a look back with the authors

With its 11th edition, we celebrate the 50th anniversary of the Textbook of Basic Nursing, a step-by-step comprehensive text that walks LPN/LVN nursing students through basic skills, procedures, concepts, and clinical applications.
Based on the NCLEX-PN framework, this engaging text introduced critical thinking to nursing students for the past 50 years thanks to its two authors, Caroline Rosdahl RN, BSN, MA and Mary Kowalski RN, BA, BSN, MSN . Both Rosdahl and Kowalski have been major contributors to the nursing industry since the beginning of their careers. They’ve witnessed first-hand how nursing education has grown and evolved, and they’ve been able to translate these changes into meaningful educational tools for their readers. 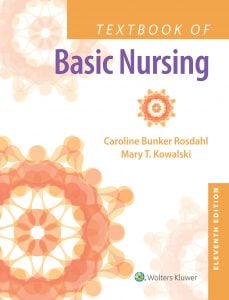 During Rosdahl’s time in graduate school, she was approached by someone looking to set up a nursing school and began to write behavioral objectives for them. Rosdahl encountered some push-back from her colleagues, who considered nursing to be “too emotional and too psychological” to have objectives, but she wrote them anyway. After people saw her objectives, she got requests for her syllabi, which led Lippincott to approach her in 1967 to join the textbook’s 2nd edition, which now includes behavioral objectives in every chapter. “I felt I had something unique to offer that hadn’t been done in nursing before,” says Rosdahl. Kowalski joined the textbook as a consultant for its 6th edition, and then became co-author on its 8th edition, which published in 2002. She graduated from nursing school in 1975 and started as a nurse’s aide. When she returned to nursing school, she really enjoyed writing and reading, which translated to her work on the textbook. “I got to learn all of the updated materials, and I’ve enjoyed making sure the students have the information they need. I was an instructor for 25 years, and I really enjoy working with the nursing students,” Kowalski says.

“It’s amazing how many things have changed,” since she started writing for the textbook states Rosdahl. “From government regulations to procedures to equipment,” it’s been a challenge to ensure the textbook stays current she says, but “it is rewarding to see it in print and to see people use it in practice. To think I’ve been around so long is quite amazing.” Over the past 50 years, both Rosdahl and Kowalski have seen the role of the nurse and the technology they use evolve and become more complicated to manage. Rosdahl explains a new challenge today that nurses face is that “patients are sicker and there’s so much more equipment, there’s so many medications and treatments, that it’s not like nursing used to be.” If a patient is in a hospital today, “they have to be really critical, otherwise, they get sent home, and the nurse is expected to be able to do all of this, while also being expect to specialize. If you want to work in an ICU, you need extra training. Back in the day, I could float and work everywhere in a hospital, now a nurse can hardly go from one department to another. It’s so much more complicated.” Kowalski remembers when she started “we didn’t have I.V. pumps that could count the drips for you automatically and have an alarm go off. You had to actually count your drips from the intravenous line so you’d know you had it at the right speed. Otherwise, you’d overflow your patient or give them too much fluid or too little.” When she started in 1975, emergency rooms were just starting to use CPR and triage. “If you go to an ER now, these [nurses] are actually trained to work in an emergency room as a specialty. Now, there’s a whole training shift for acute care nursing.”

With all of the new training initiatives that have occurred, along with new technology being utilized to educate nurses, Kowalski urges that “machines go wrong and students don’t remember to check the machines. You have to calibrate your machines.” For instance, to put the wrong size tubing in the machine could result in the death of a patient. “We depend on the machines and not on the actual human being, but [patients] don’t push the call button because they want their machine adjusted. They push the call button because they want a person.” Rosdahl explains that when she started, nurses learned by clinical experience. They would be in the hospital, taking care of patients and learning on the job, “which was admittedly a little haphazard,” but they were getting experience with patients. “Now, so much of the education is in the laboratory with simulation. There are actually programs without any clinical experience, and that to me, is really scary because the kids get out without any idea on how to relate to a patient.” Today, students enter the workforce and experience a “culture shock,” where they are not used to working weekends, long shift hours, and interacting with patients.

A good change that has occurred, however, is that “there are lots of resources on the internet, which is great and helpful to the students. But sometimes, they are not accurate and you have to really be careful” of your sources, explains Rosdahl. We need to “remind the kids that the internet is not the bible,” she stresses. Kowalski agrees and is concerned about “how much time students are using to look things up” online. “When we were doing the book and editors told us ‘let’s take this part out and put it online,’ there are still a lot of students that actually need it in the book, I think. But, everything is going online, so [the editors and publishers] need to define where students will get their information, whether it’s an online chapter or in the actual book.” Regardless of where they do decide to find their information, however, the source of the information is still the most important thing. Students can value authoritative, credible resources, like the Textbook of Basic Nursing.

For their 50th anniversary edition, Rosdahl and Kowalski have put special attention and time into the textbook. Kowalski really enjoys chapter 13 on “Older Adults and Aging,” which goes over the concept of the aging process and the concept of the paradigm shift in aging. “I had to research the definition of aging, and I discovered there is no real definition,” she says. “Aging used to be 65, but now 85 is really considered ‘older.’” With nurses now working past 65 and a new generation of nurses coming in, chapter 13 goes over the special considerations of an aging nursing workforce. Rosdahl’s favorite section of the textbook is on psychiatry, which is her specialty. She also is happy that two to three editions ago, the textbook began to include colored illustrations, “which really make a difference,” along with the teaching ancillaries. And to top it all off, Rosdahl is excited that there is now an Indonesian translation of the textbook.

For new nurses starting out, the authors have some advice. Rosdahl advises that “all education is aimed at teaching how to le arn. You can’t teach [students] all of the material, so nurses need to know that they don’t know everything, and they have to use references, other nurses, and find out what they don’t know about an individual patient. They need to know what they don’t know.” Kowalski stresses that the first year of their career is the most critical. “They need to know they will be scared to death. They don’t know what to do and they will say they didn’t learn anything in nursing school…but in the next three months things will become calmer for them in the real world. Then by the sixth month after they graduated, they will think ‘oh, I can do this,” but then will become cocky. They start taking shortcuts, which is when the most errors occur – it’s between the sixth month post-graduation to the ninth month.” The last three months of that first year, she says, are where you really understand what they’re doing as a nurse.

As Rosdahl and Kowalski turn their attention to the next 50 years to come, they see a bright future for nursing. “We are going to have more men in nursing,” predicts Rosdahl, and “with that, comes a difference in salaries, which will increase.” She also believes that nursing will continue to grow more complicated over time, and “we’re going to need more nurses, we are going to need more specialized nurses, and we are going to need more nurses in the community. People are sent home early and they will need to be cared for.” Kowalski predicts there will be more machines and computers in nursing than there are today. The information will be more automated, she explains, and that it is “both good and bad. The information is numbers, which doesn’t tell you if your patient is crashing.” Nurses will continue to need to learn how to interpret these numbers and the machines to benefit their patients.
Explore related topics
Nursing landscapeNCLEX
Solutions
Lippincott Nursing Education
Preparing today’s students to become tomorrow’s nurses.
Learn More

Building clinical judgment during a pandemic: Exploring flexible foundational learning experiences that address the Next Generation NCLEX Teaching clinical judgment through cases Preparing students for temporary changes in the process for taking the National Council of State Boards of Nursing NCLEX-RN Licensing Exam