Join for a look at why our learning materials need a fresh perspective and how to initiate this in your classroom or program. Whether it’s an anatomy or basic sciences class, one of the best ways for non-experts to include diversity content in their curriculum is to think about context, the words we speak, and the images we use. 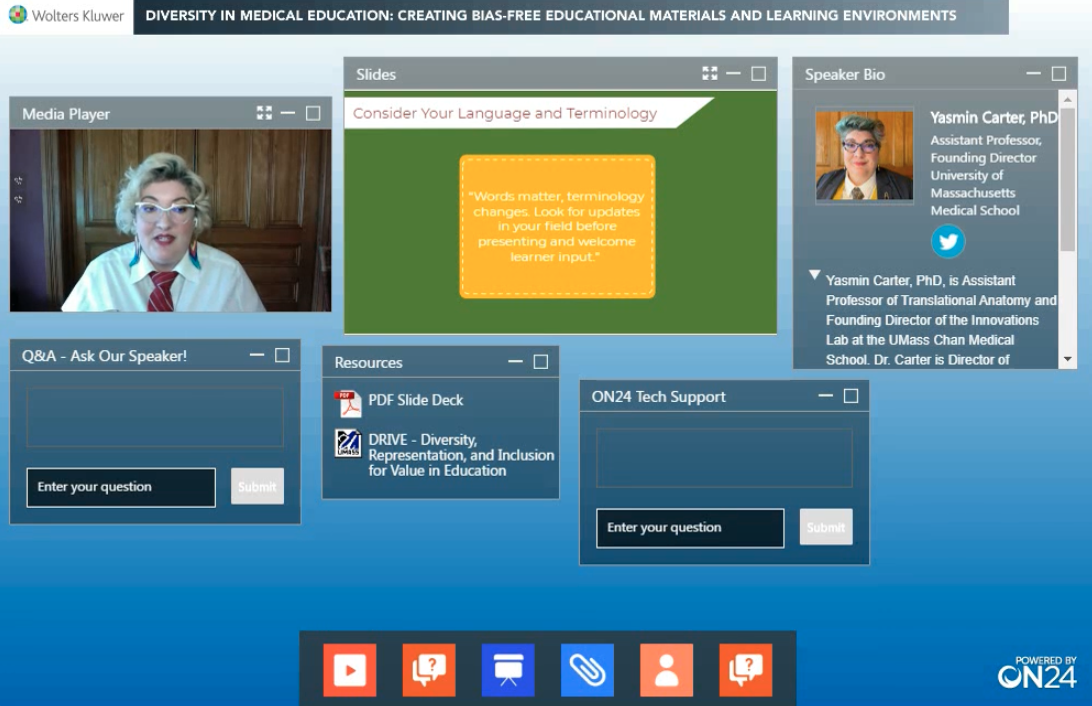 In this webinar, Daniel B. Jones, MD, MS, reviewed the use of such tools for training surgeons. He shared how he has used the mock OR to teach leadership, communication, and teamwork to operative teams in the Carl J. Shapiro Simulation and Skills Center at Beth Israel Deaconess Medical Center. 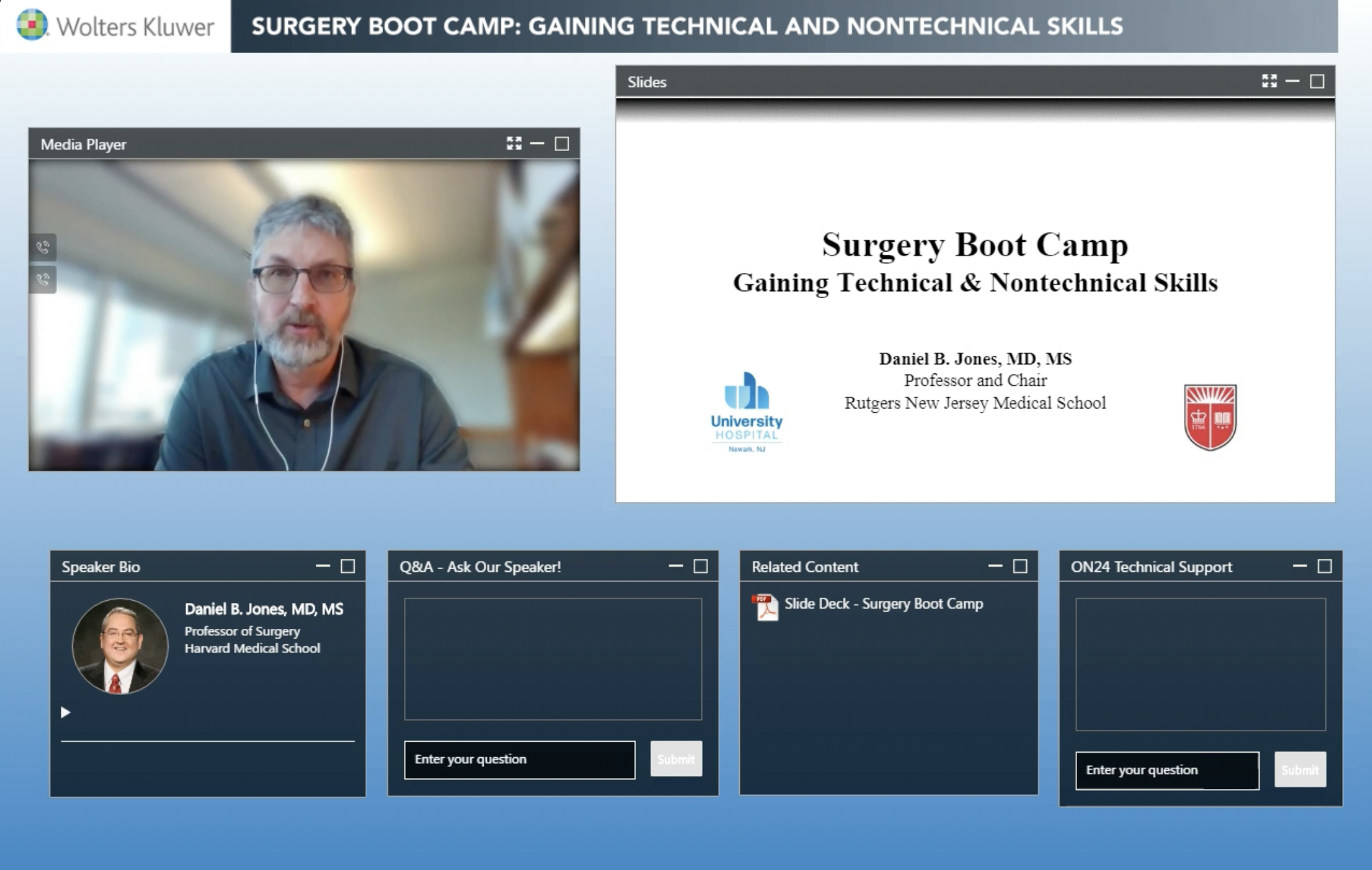 In this webinar Kristen Ramirez, Research Instructor at NYU Grossman School of Medicine, walked us through this transformation and highlighted some of the digital tools NYU relies on today, including 3D models produced in-house, interactive medical imaging, and embedded models from BioDigital Human, an interactive 3D platform for visualizing anatomy, disease, and treatment.

A strong foundational knowledge of anatomy is essential for any student pursuing a career as a medical professional.

Join for a discussion of some of the challenges students and faculty are facing and explore how your students can benefit from the renowned storytelling approach utilized in Moore’s Clinically Orientated Anatomy and how the new edition provides even more features designed to support your students’ education. 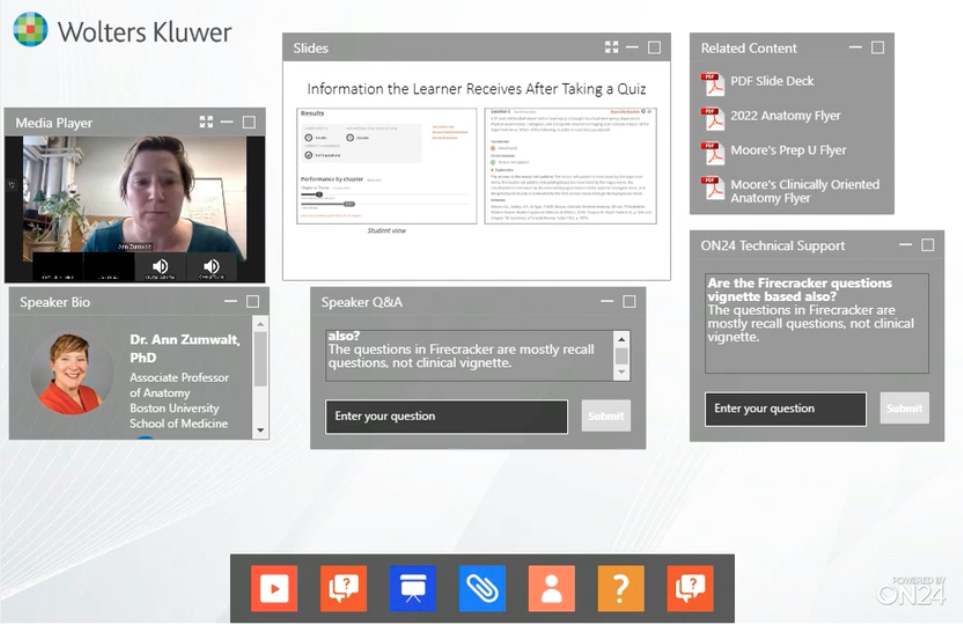 The use of digital technology for the virtual care of patients has grown and will continue. Are you prepared to provide quality patient care using telehealth technology?

Join us as Dr. Kristie Busch as she shares the essential best practices for providing quality patient care using telehealth technology. Regardless of experience level, you will learn key points and important clinical considerations along with tips for cultivating a successful patient-provider relationship in the virtual space. 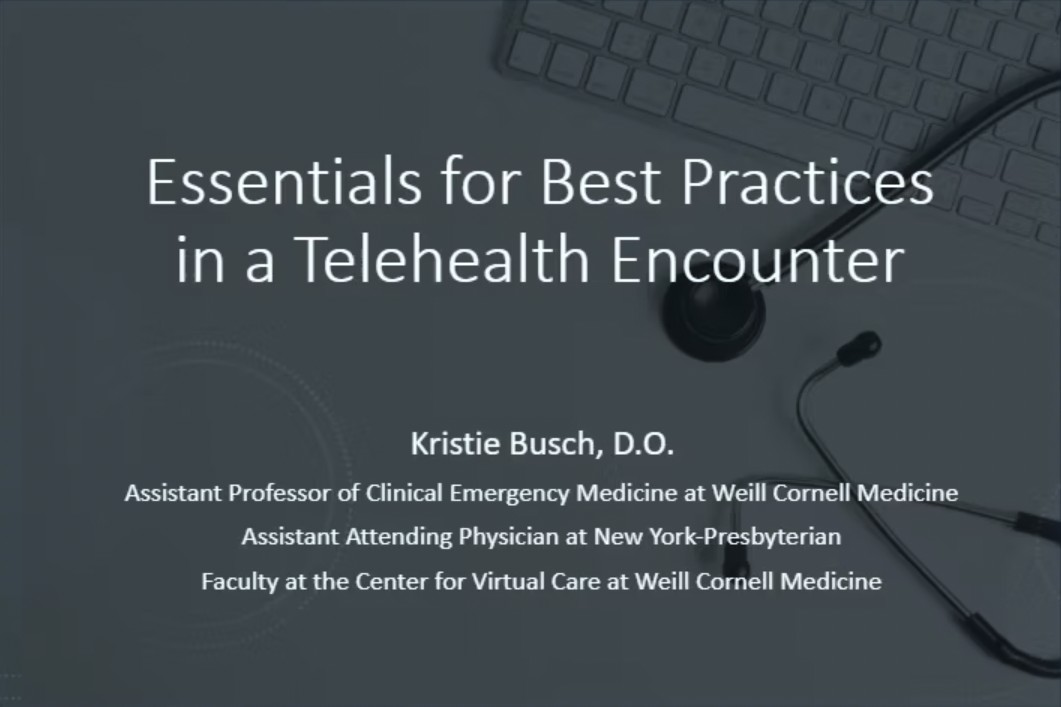 Social media as a teaching and learning tool in medical education

How can you use social media as a tool to guide learning?

Dr. André Mansoor has developed a strong social media following, with more than 14,000 Twitter followers and similar numbers on other social platforms. He started using social media to promote his book, Frameworks for Internal Medicine (Wolters Kluwer, 2018), and quickly realized that social media offers more than a way to engage with students and residents; it also provides an effective way to teach.

Join us as Dr. Mansoor discusses how he regularly shares cases and other content, the impact, and how you could take a similar journey. 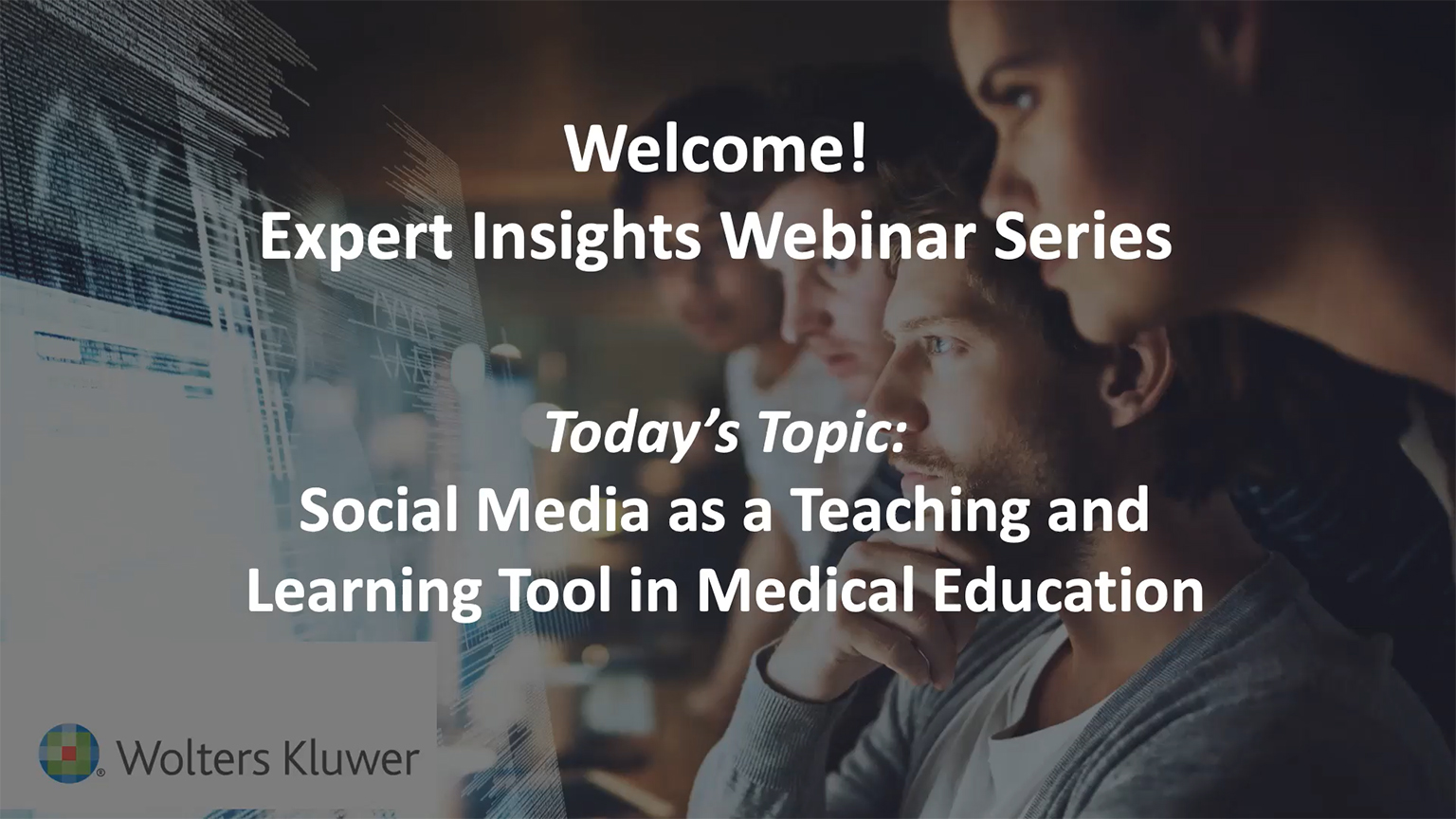 This webinar will explore the potential impact that artificial or augmented intelligence (AI) will have on the practice of medicine. The entire process of creating AI tools from data curation to tool development and tool validation is fraught with biases and pitfalls that every health provider should understand. The goal is to understand how to mitigate these inherent biases and pitfalls to avoid downstream healthcare disparities. 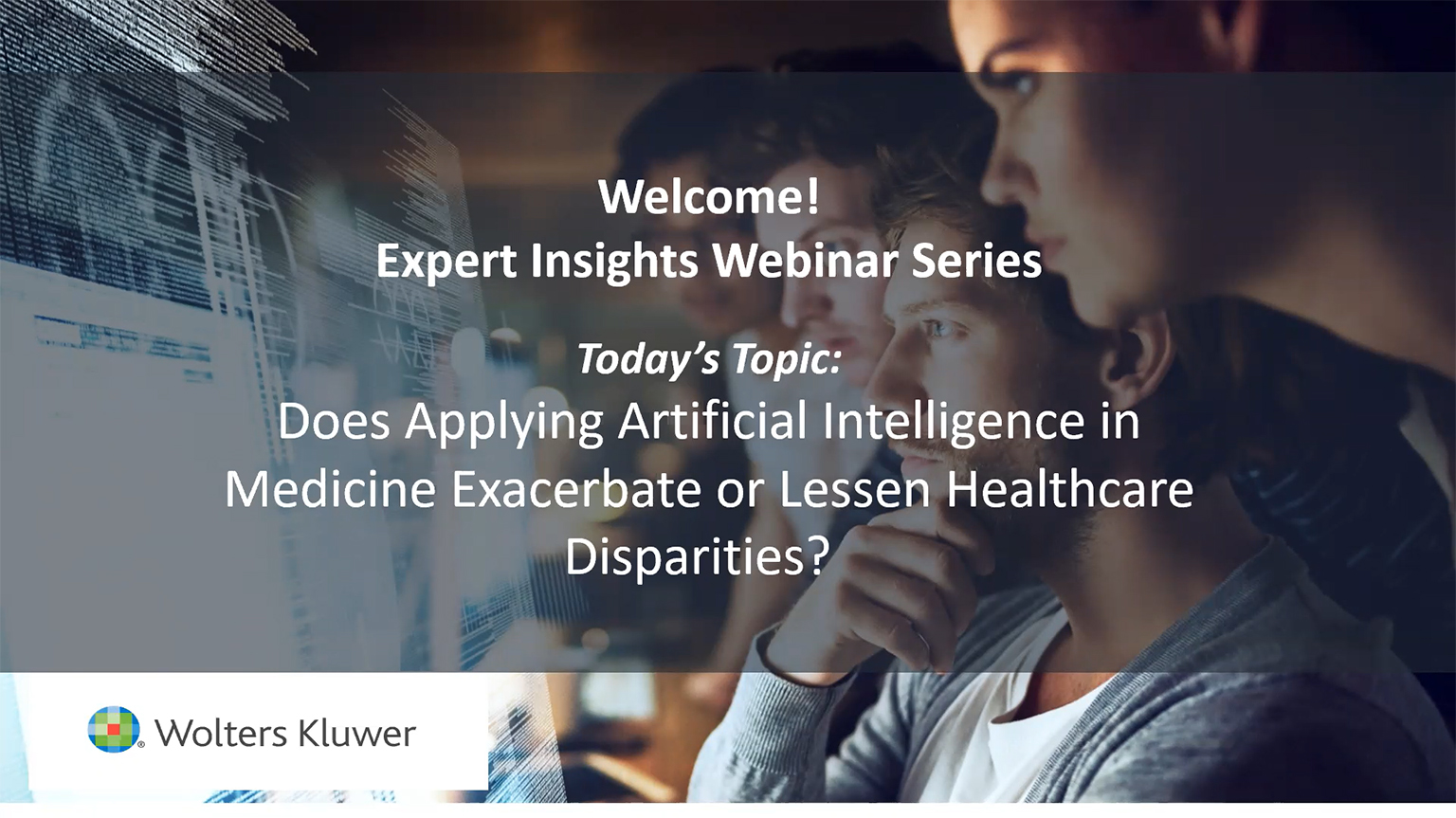 Nursing at the crossroads: How can acute care recover from the pandemic? 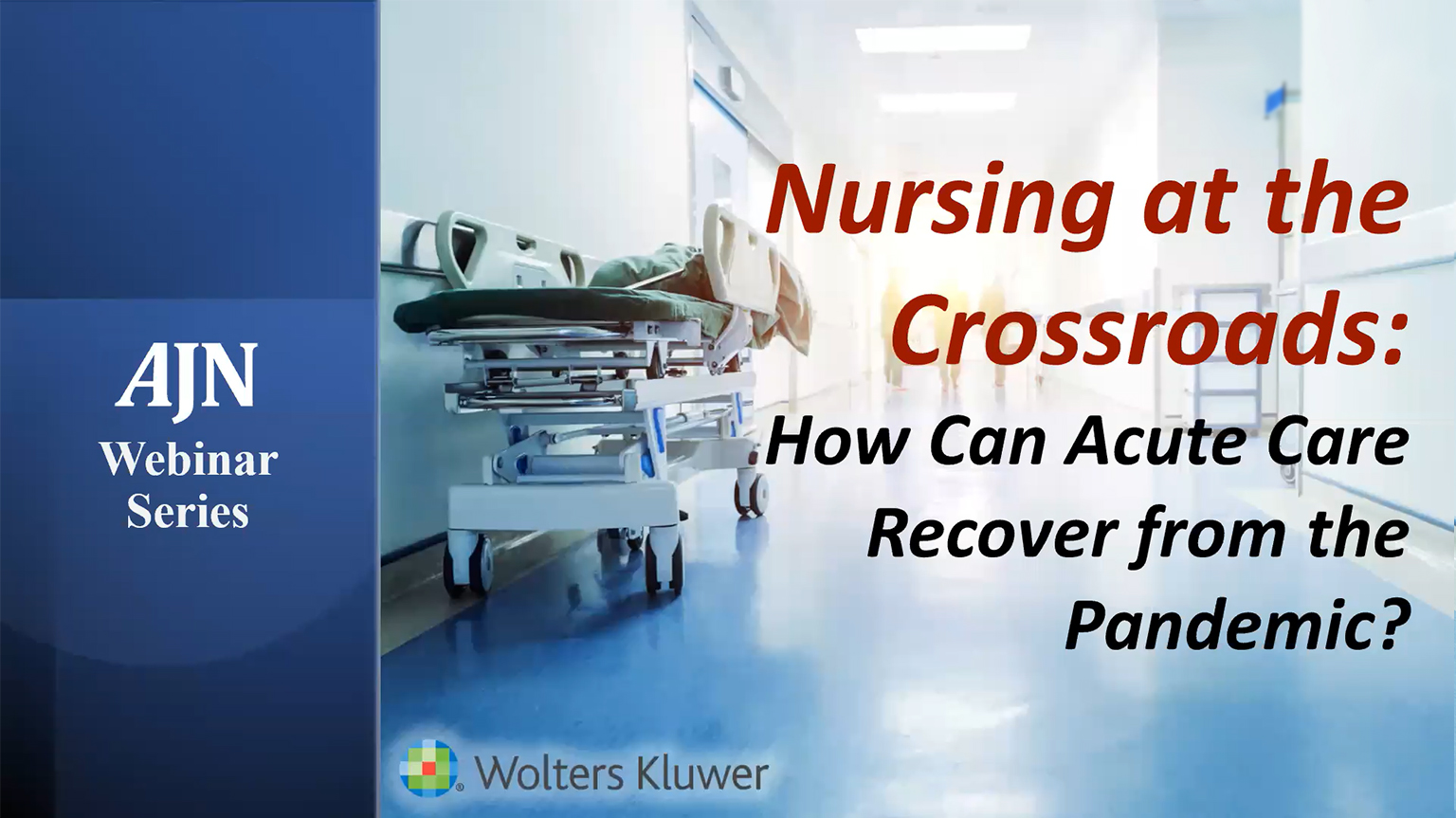 Please join us for an interactive discussion about new and evolving topics in the treatment of neurological diseases and new ways to consider the long-term health of your patients. This webinar will address: 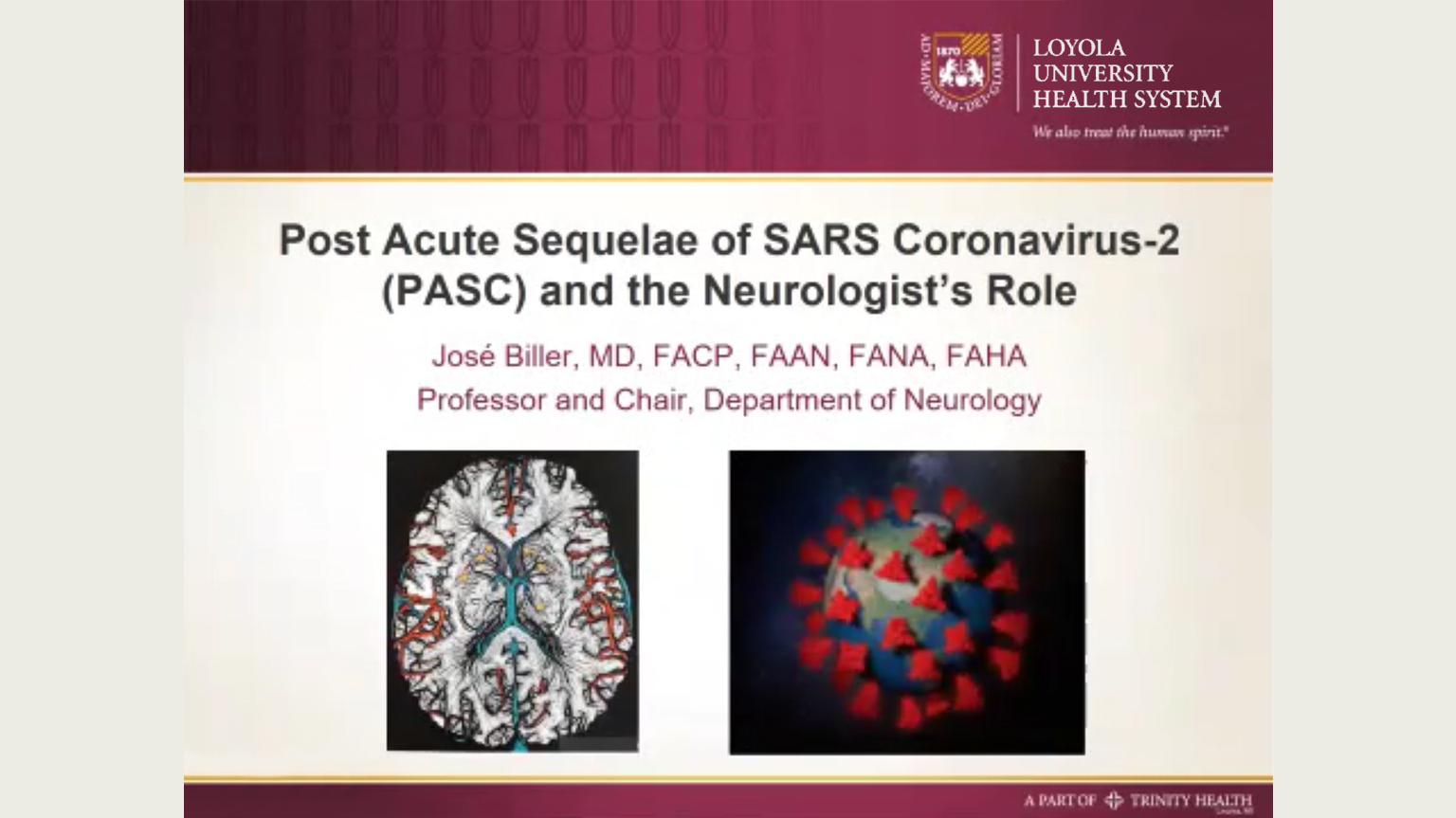 Distance simulation brings together students, instructors, and tools — regardless of their location. As a facilitator of research on different distance simulation modalities, our speaker shares findings on what creates the highest levels of engagement and efficacy, and offers best practices. 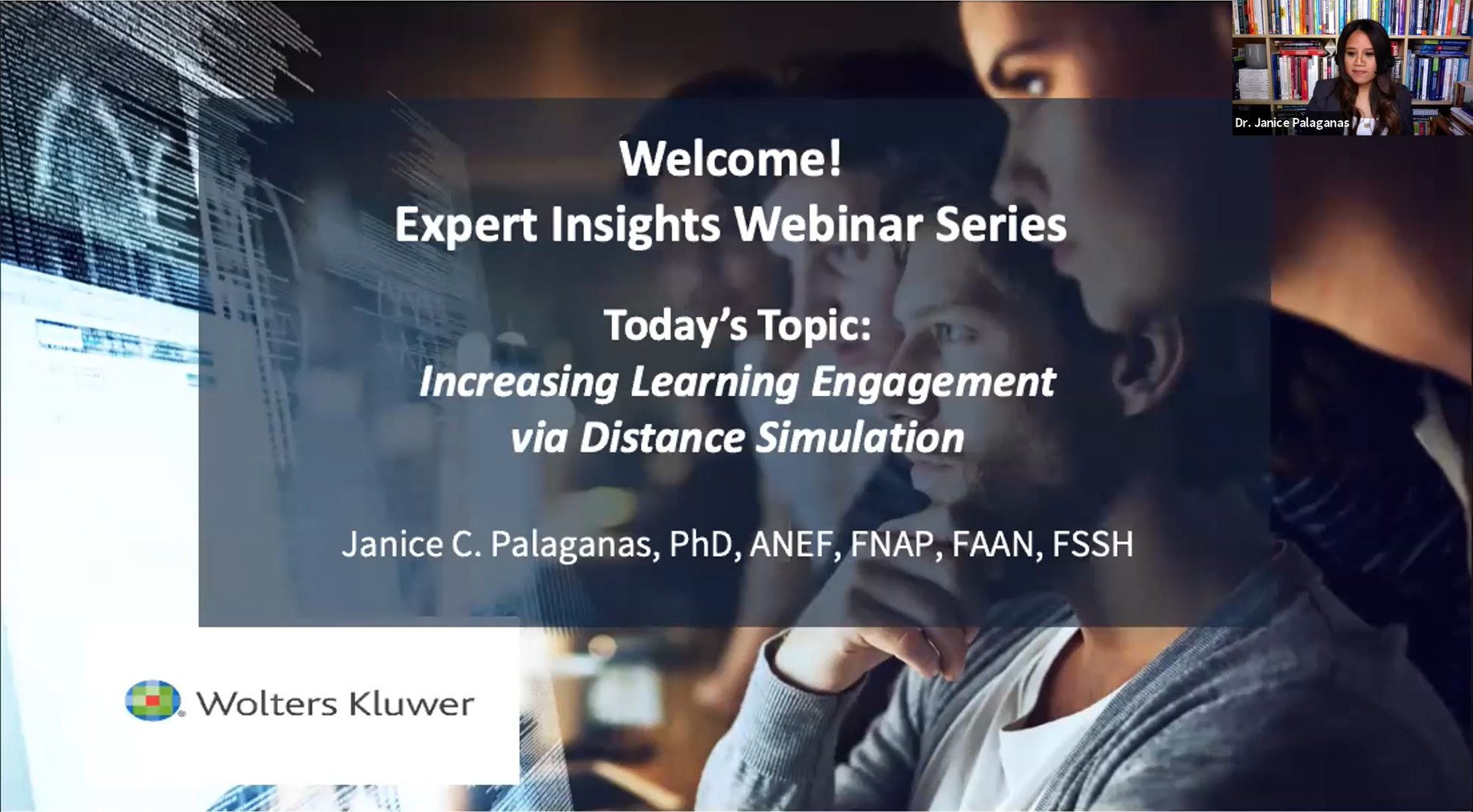 The present and future of robotics in surgery

Robotic surgery is now widely applied and relevant to almost every surgical subspecialty. This webinar summarizes the most important medical, technical, and economic issues facing the field. We also discuss new platforms, navigation, and artificial intelligence. Learn more about what is happening now in robotic surgery and what we can anticipate for future breakthroughs in surgical robotics. 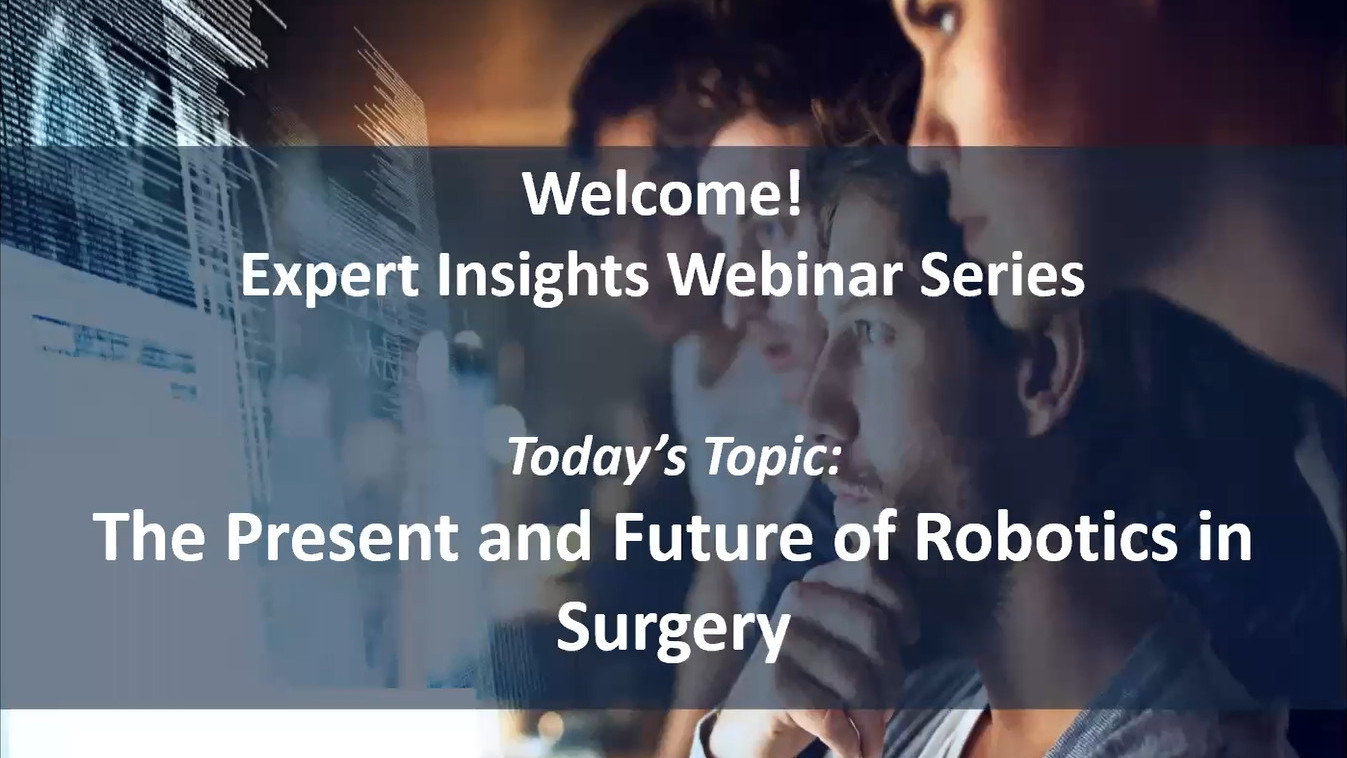 During COVID-19, telehealth became an indispensable means for healthcare workers to connect to their patients. Telehealth has the potential to reduce healthcare costs, improve patient outreach and health outcomes, and change the way providers treat their patients. In this webinar, Dr. Jonathan St. George (Emergency Medicine, Weill Cornell) discusses how training for students and clinicians in the use of the virtual space can create a safer, more effective, resilient, and equitable healthcare delivery system in the real world. 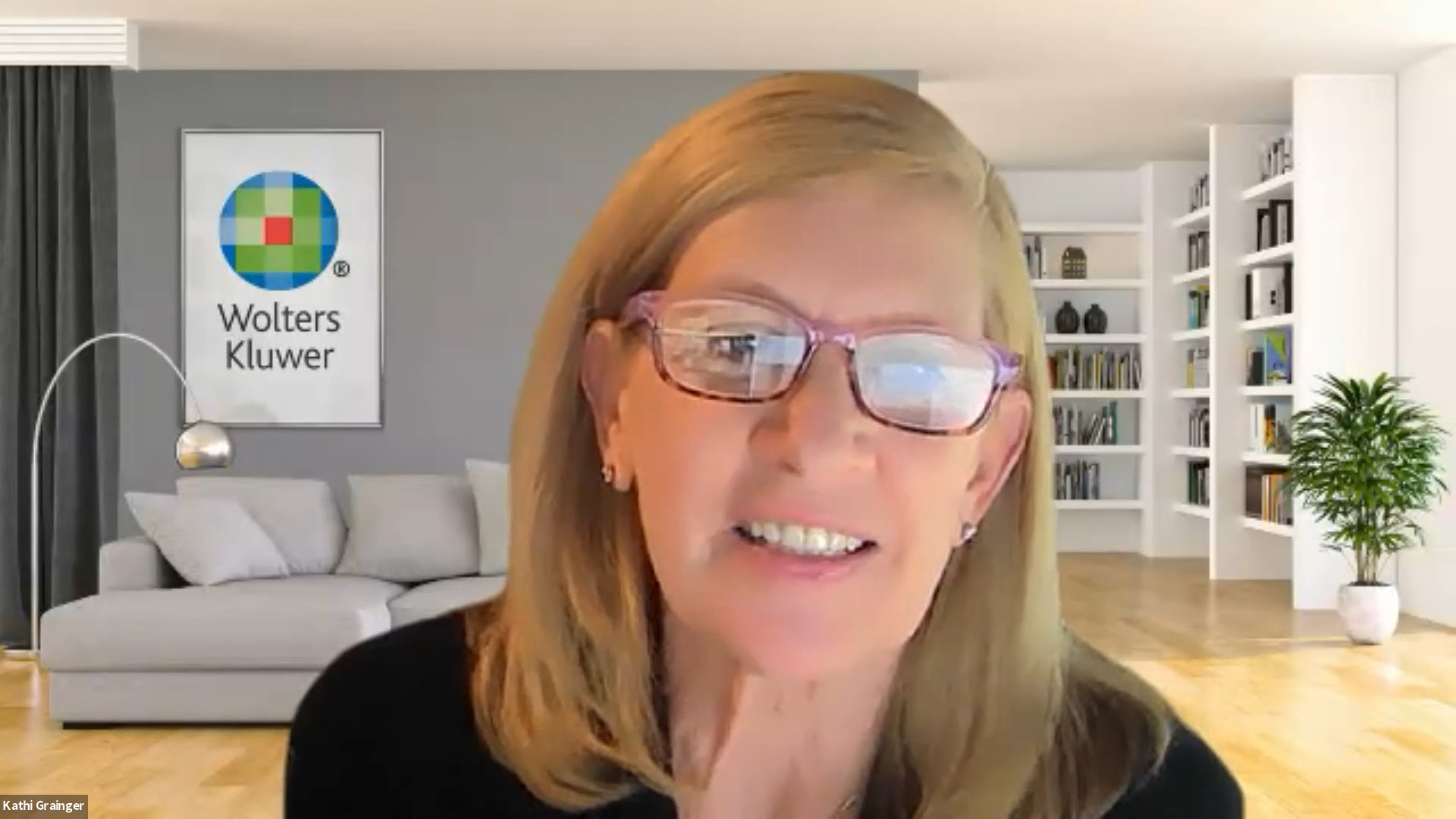 Touro College of Osteopathic Medicine is advanced in its approach and dedication to using digital tools to teach clinical skills. In addition to a required Medical Simulation class for second year students, Touro utilizes simulation throughout the entire medical school experience, incorporating it in many courses. The content is developed by TouroCOM-NY and utilizes high-fidelity manikin simulations, task trainers, and standardized patients for training and assessment of students in areas such as patient care, critical thinking, clinical decision-making, teamwork, communication, and medical procedures. 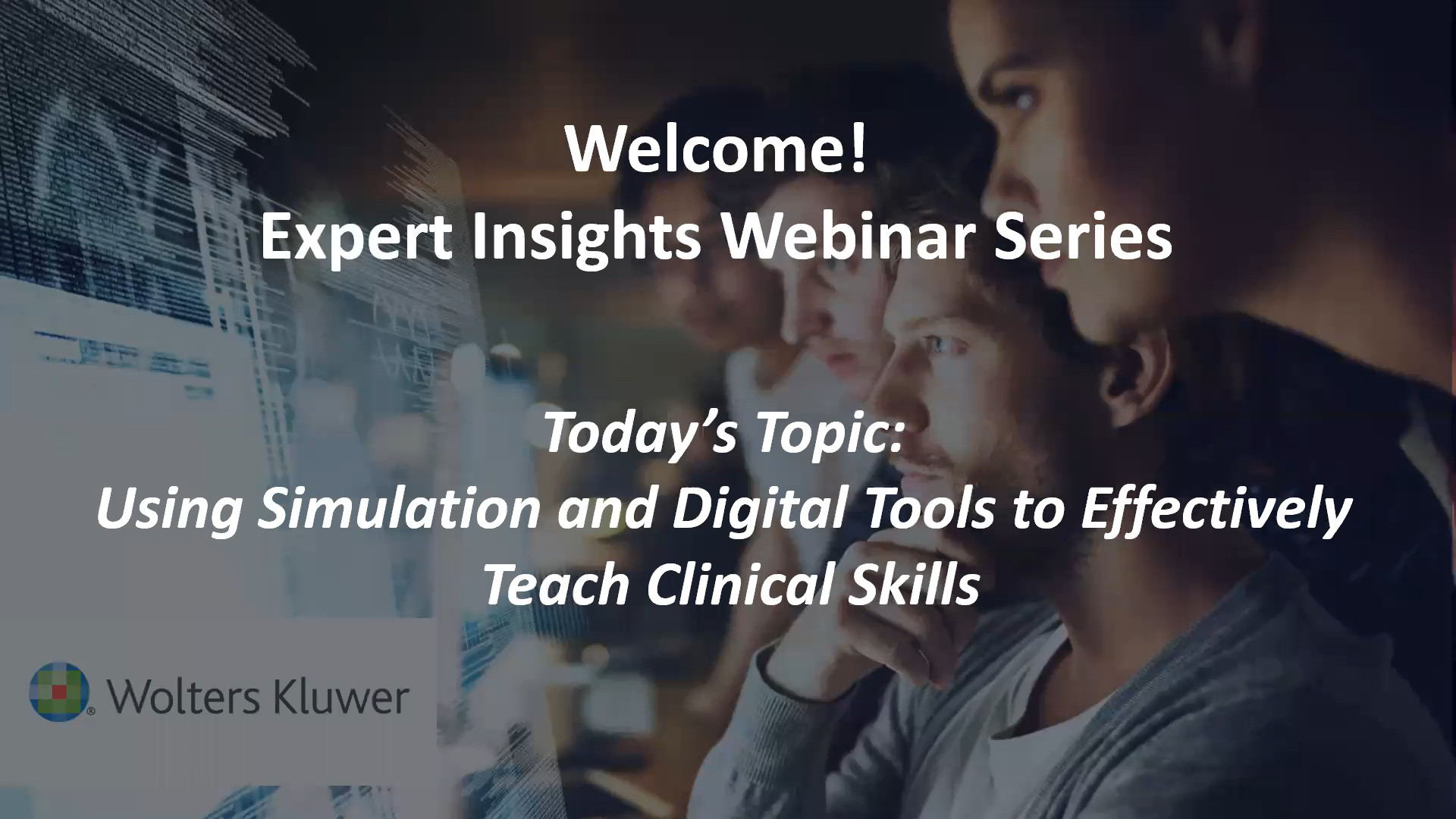 Everyone who has lived through the pandemic can attest to the fact that the disruptions to daily life caused by quarantining and social distancing have been extreme and stressful. And while there are dozens of metrics that we can employ to measure how disruptive the pandemic has been on a global or national scale, finding an objective means to examine how the COVID Era has impacted the mental health of individuals remains elusive. 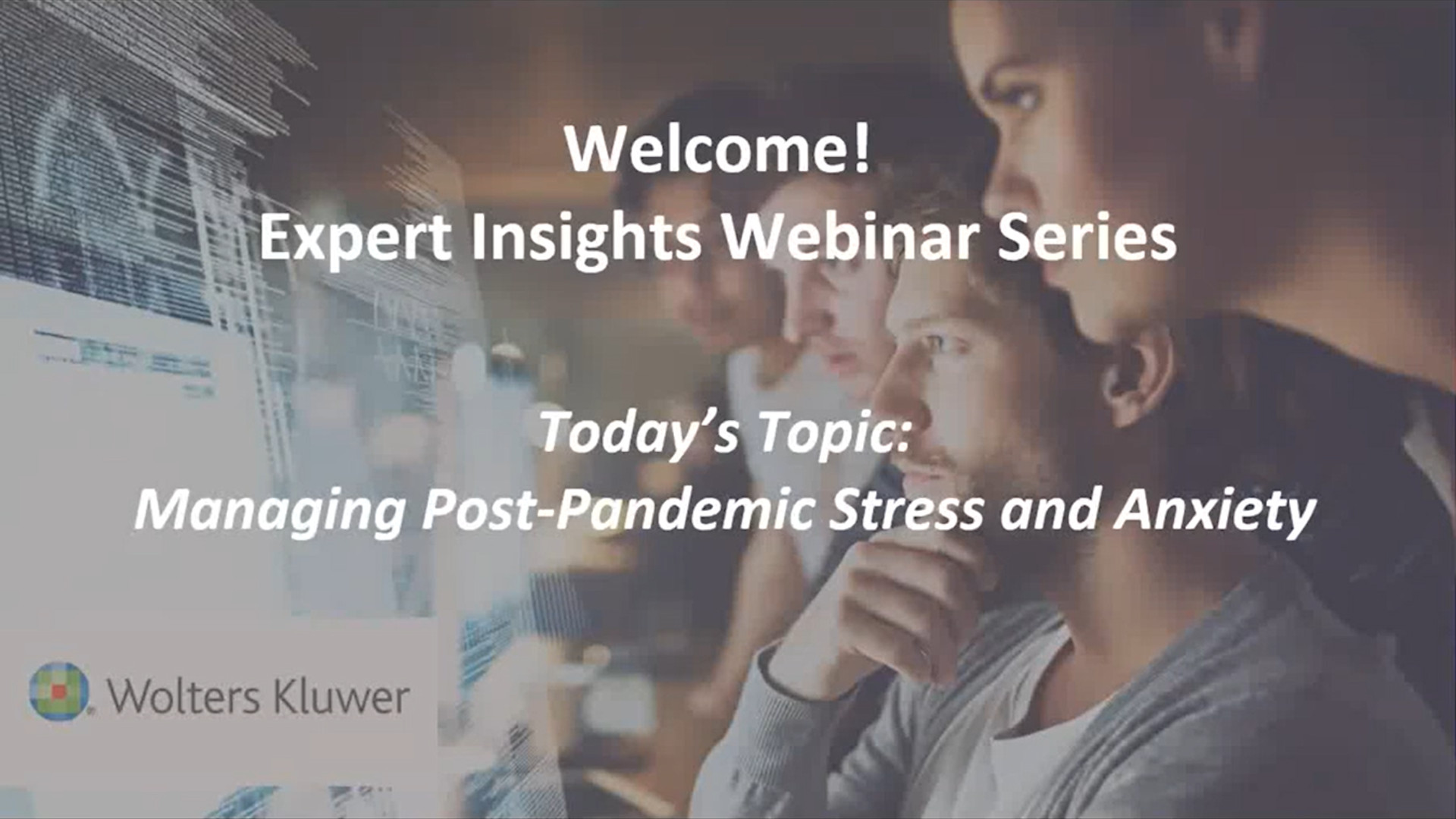 William J. Kraemer, PhD draws upon 45+ years of teaching experience to provide key insights into how to advance your own skill set in the context of your teaching mission and academic career. Dr. Kraemer discusses the importance of understanding the challenges students face, including their career aspirations, how integrating your school’s demands for teaching, research, and service is vital for your own success as a faculty member, and how using resources effectively to optimize content and address your own limitations is essential to the teaching mission.

How do you bring creativity into medical education and solve healthcare problems? Teaching medical students to think like designers makes them more creative and better problem solvers, enables them a new view of how to look at the patient experience, and facilitates turning creativity into innovation. 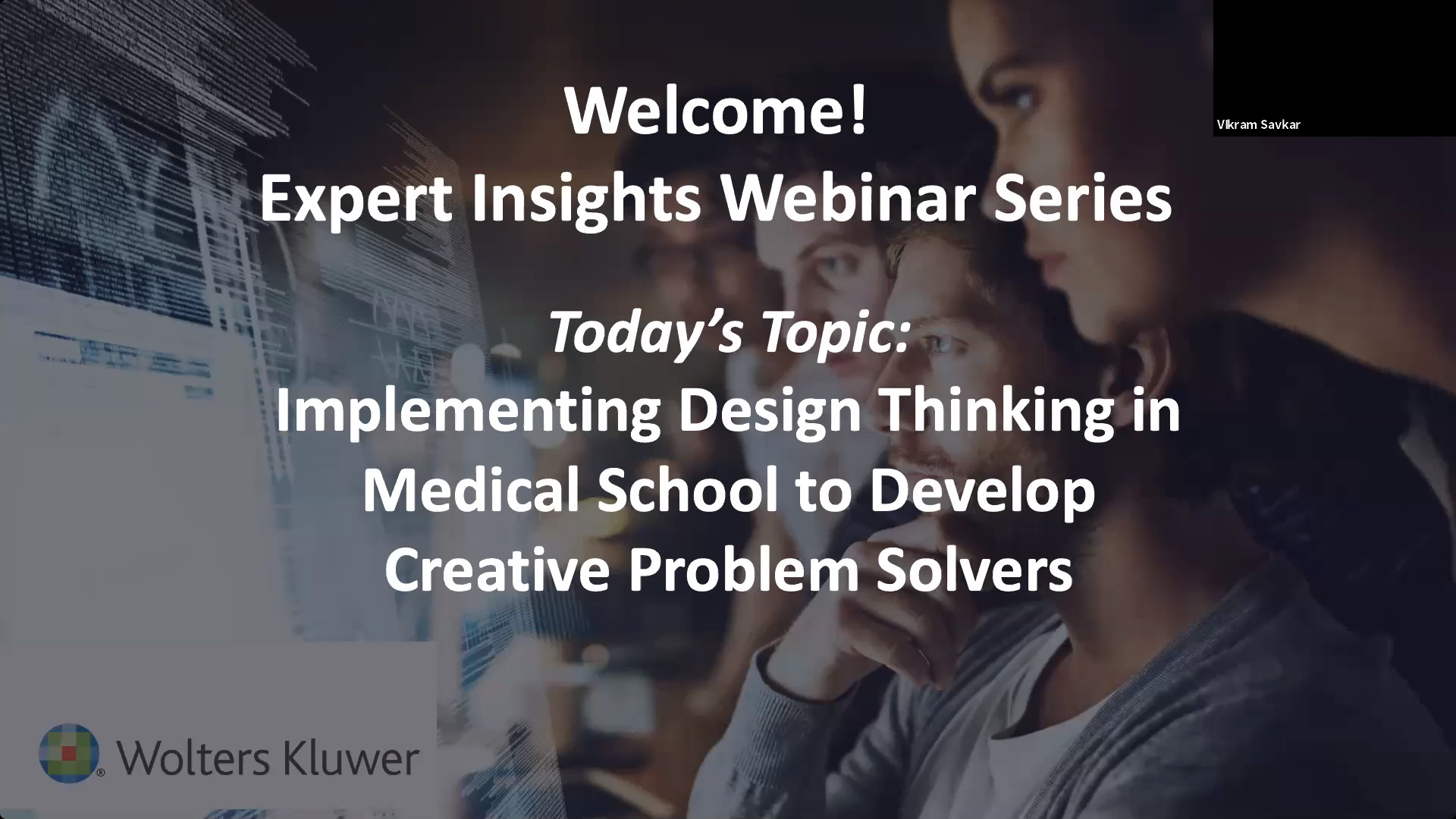 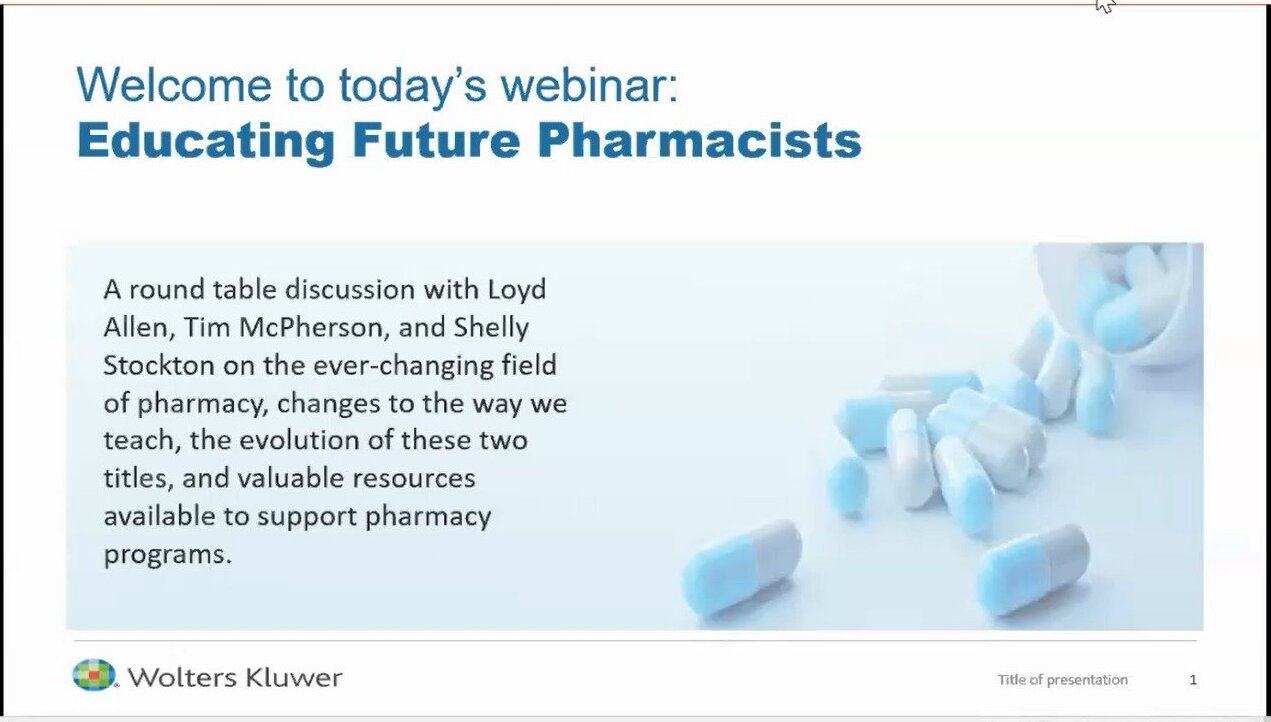 The role of mixed reality in medical education 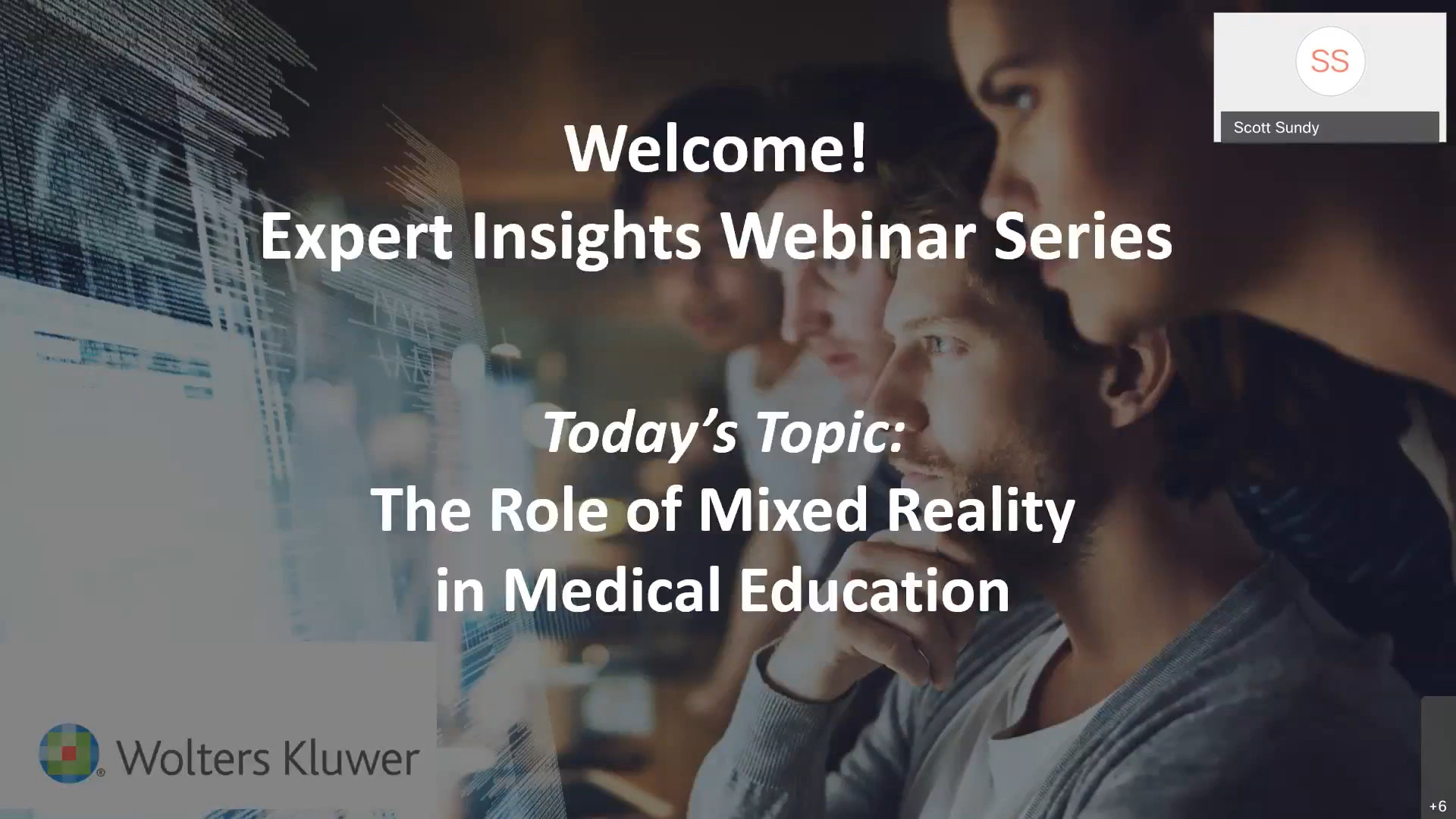 Building a digital-focused curriculum: Insights from an osteopathic medical school 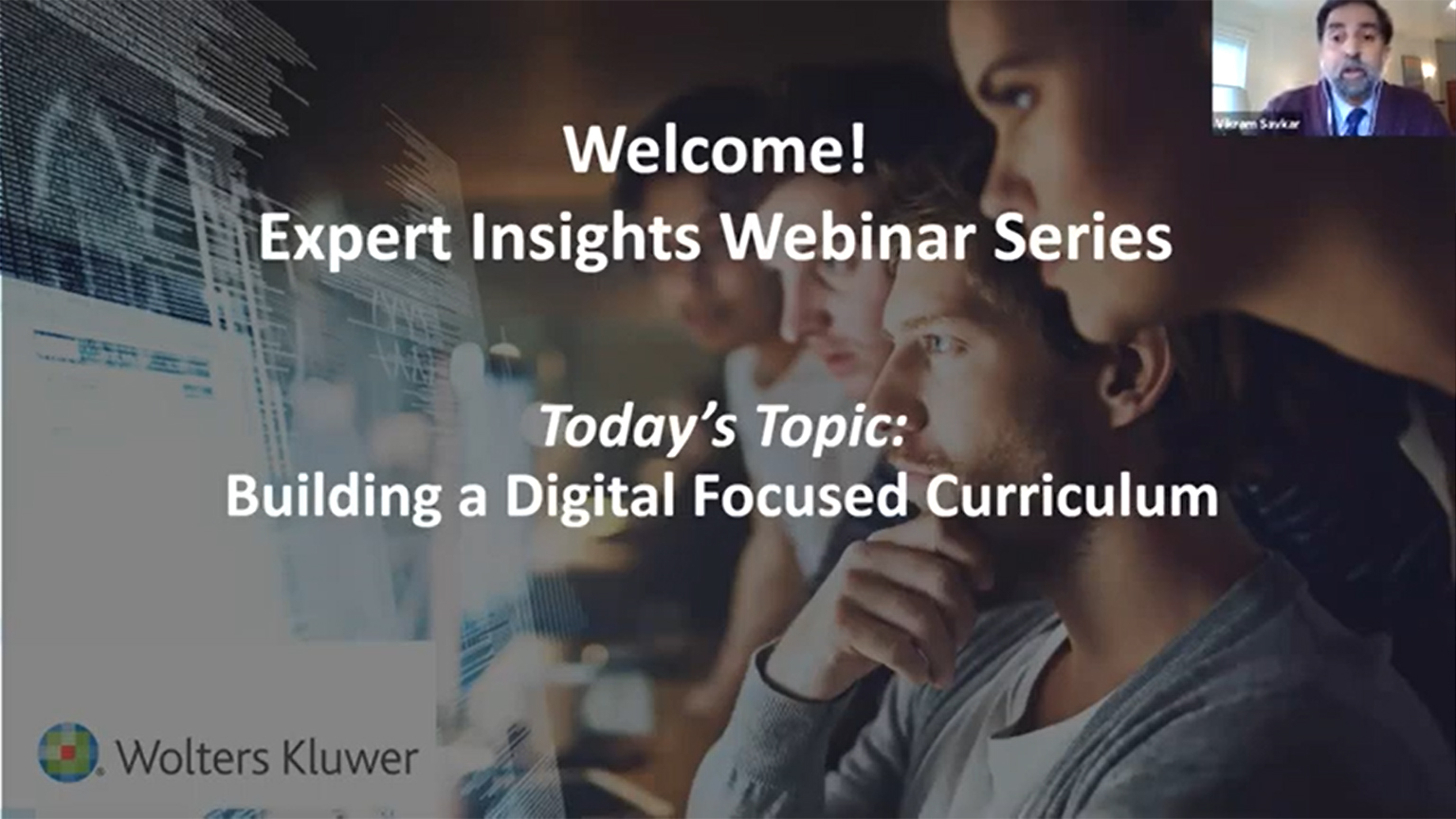 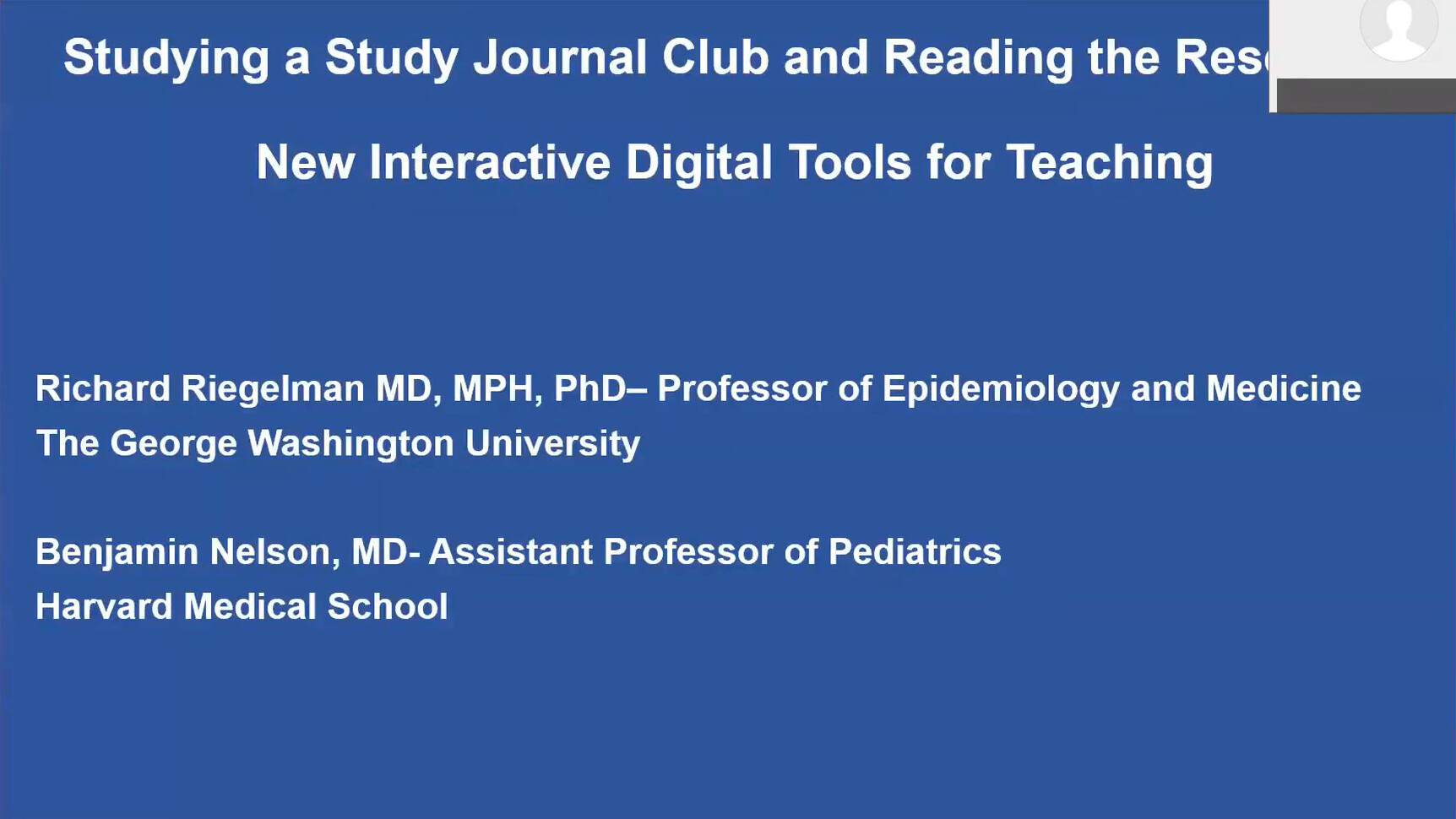 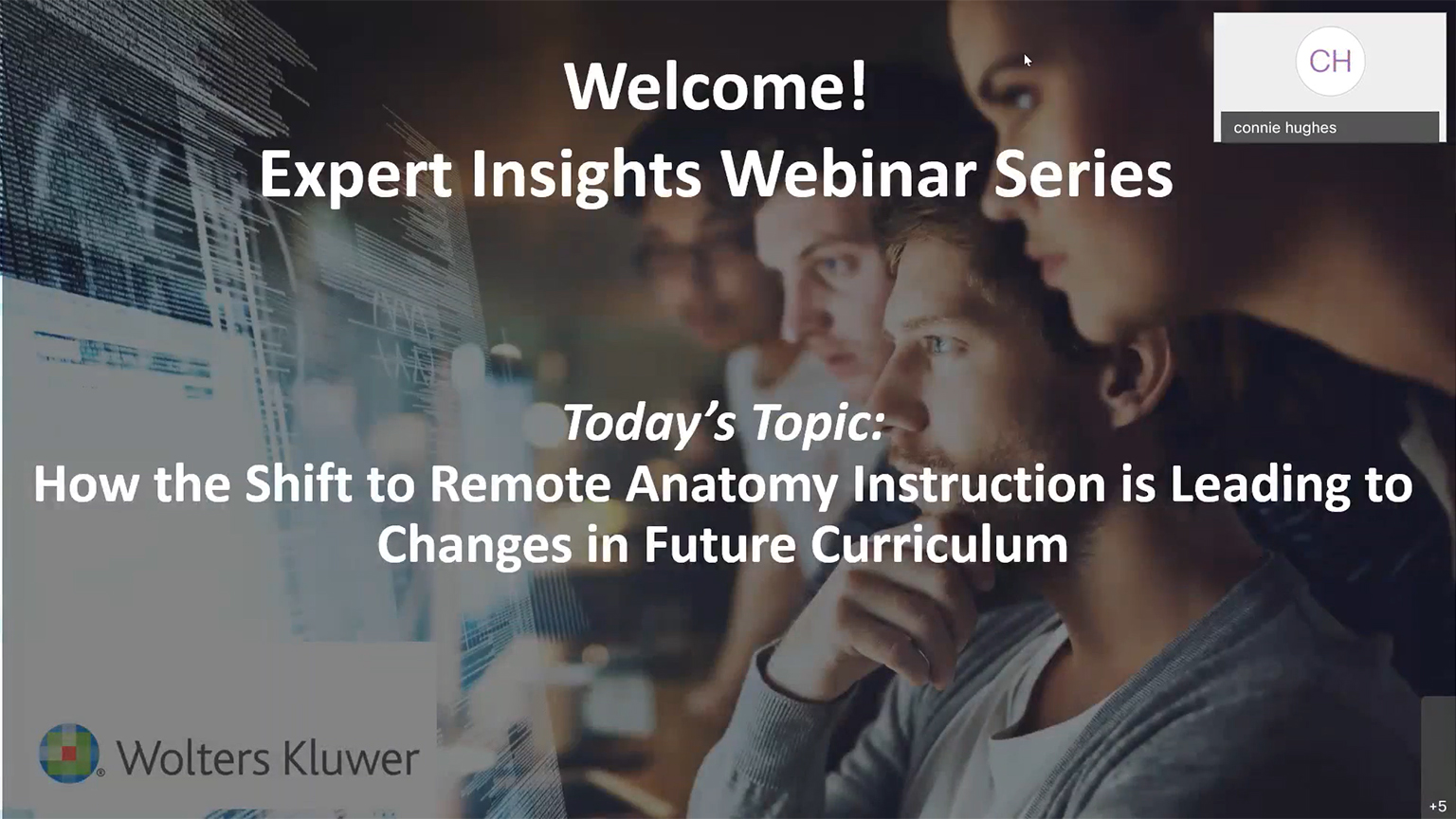 This webinar summarizes what is currently known about the positive and negative health impacts of cannabis, detailed pharmacological profiles of both THC and CBD, considerations for each medical specialty, treatment approaches used by practicing clinicians, and insights into the history of cannabis and the current regulatory environment in the United States. 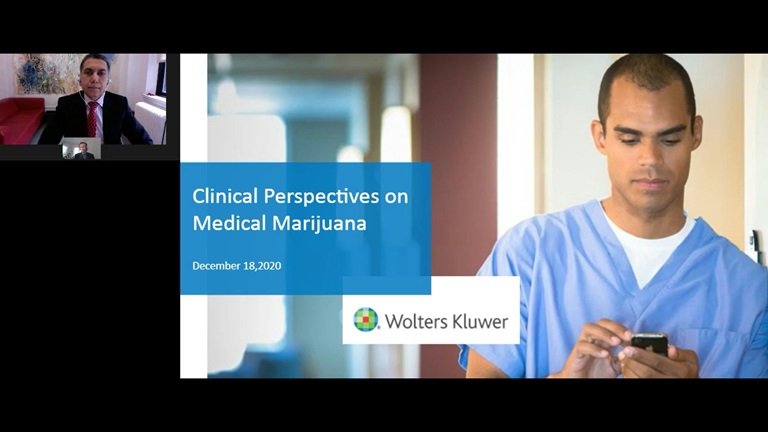 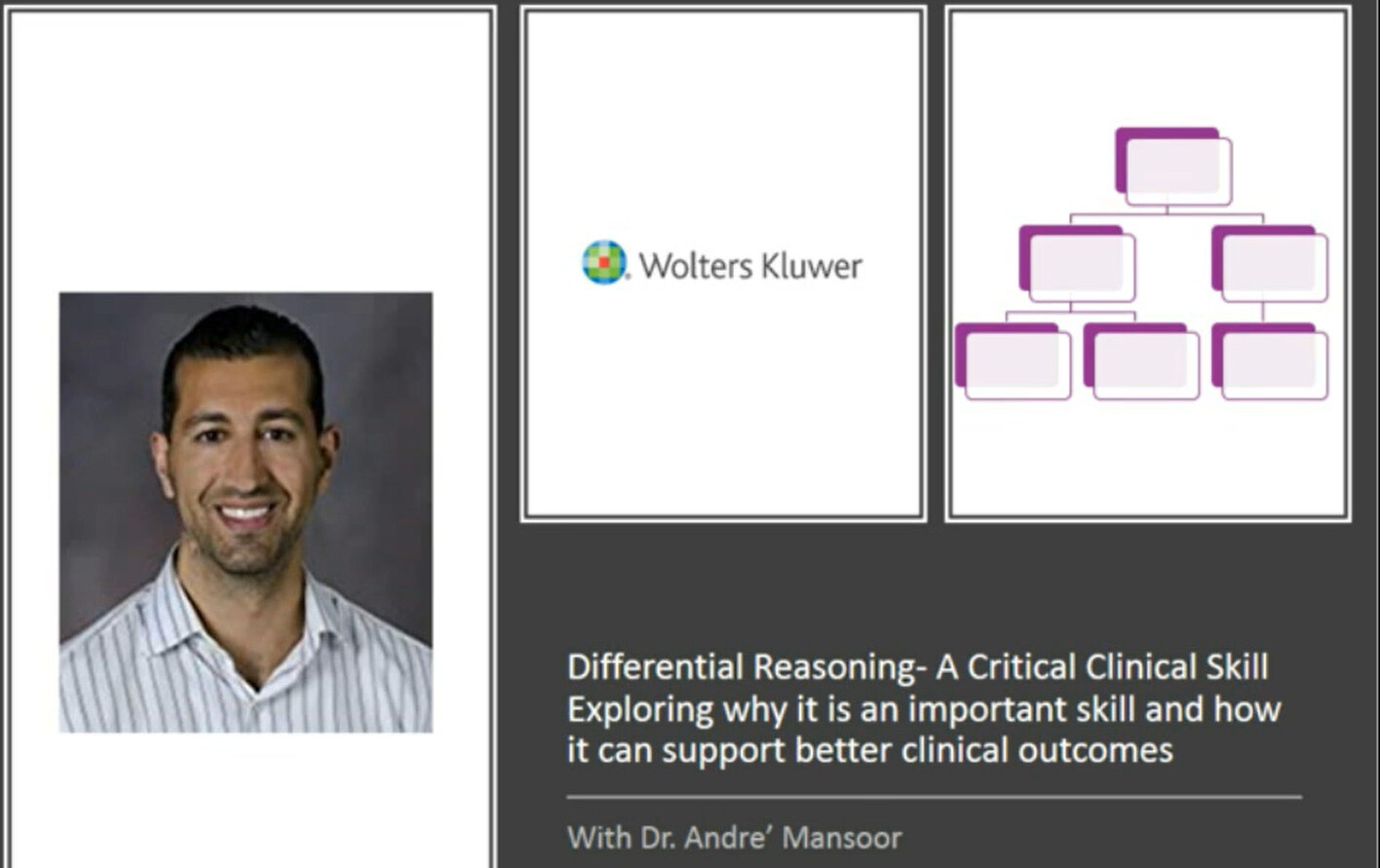 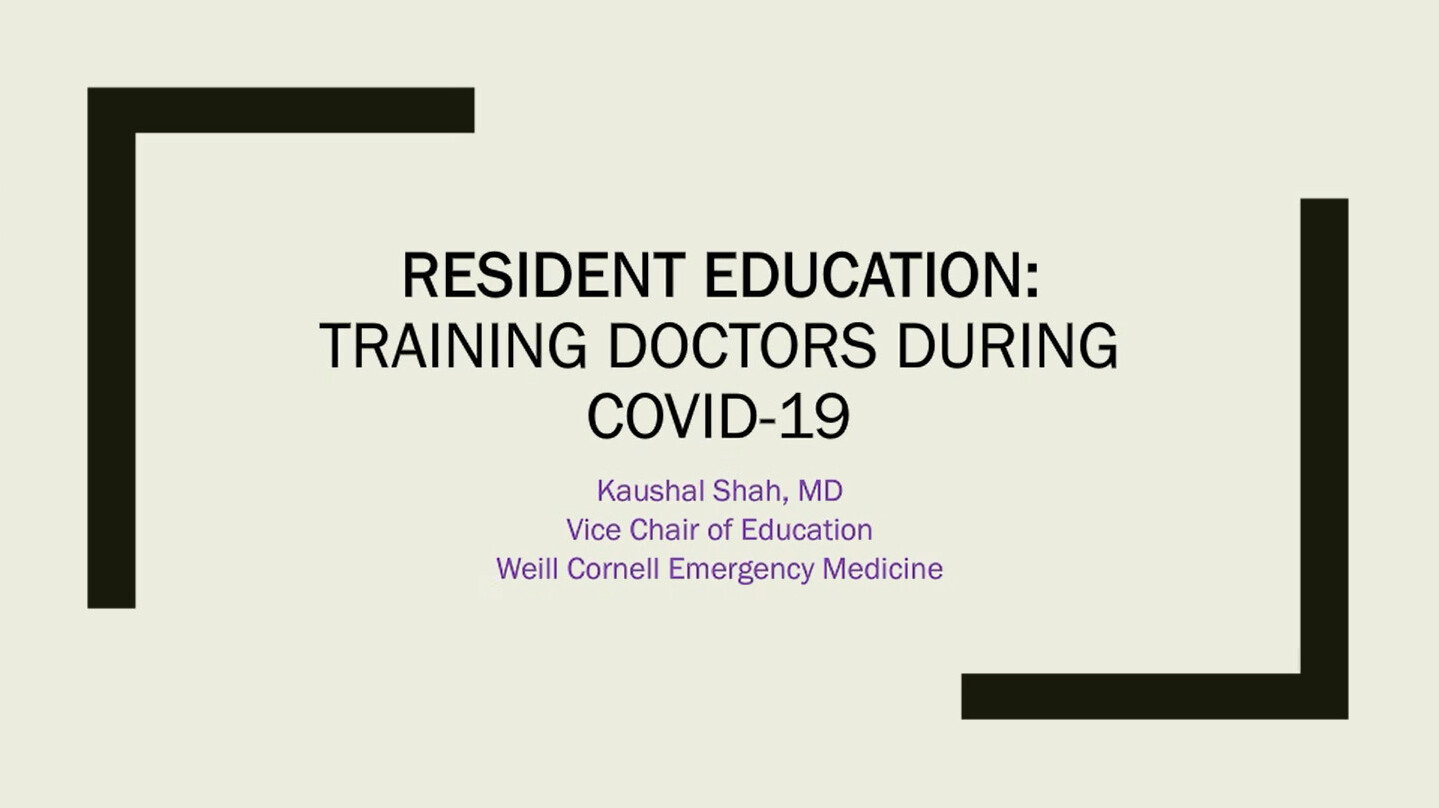 Teaching anatomy and dissection in an age of social distancing 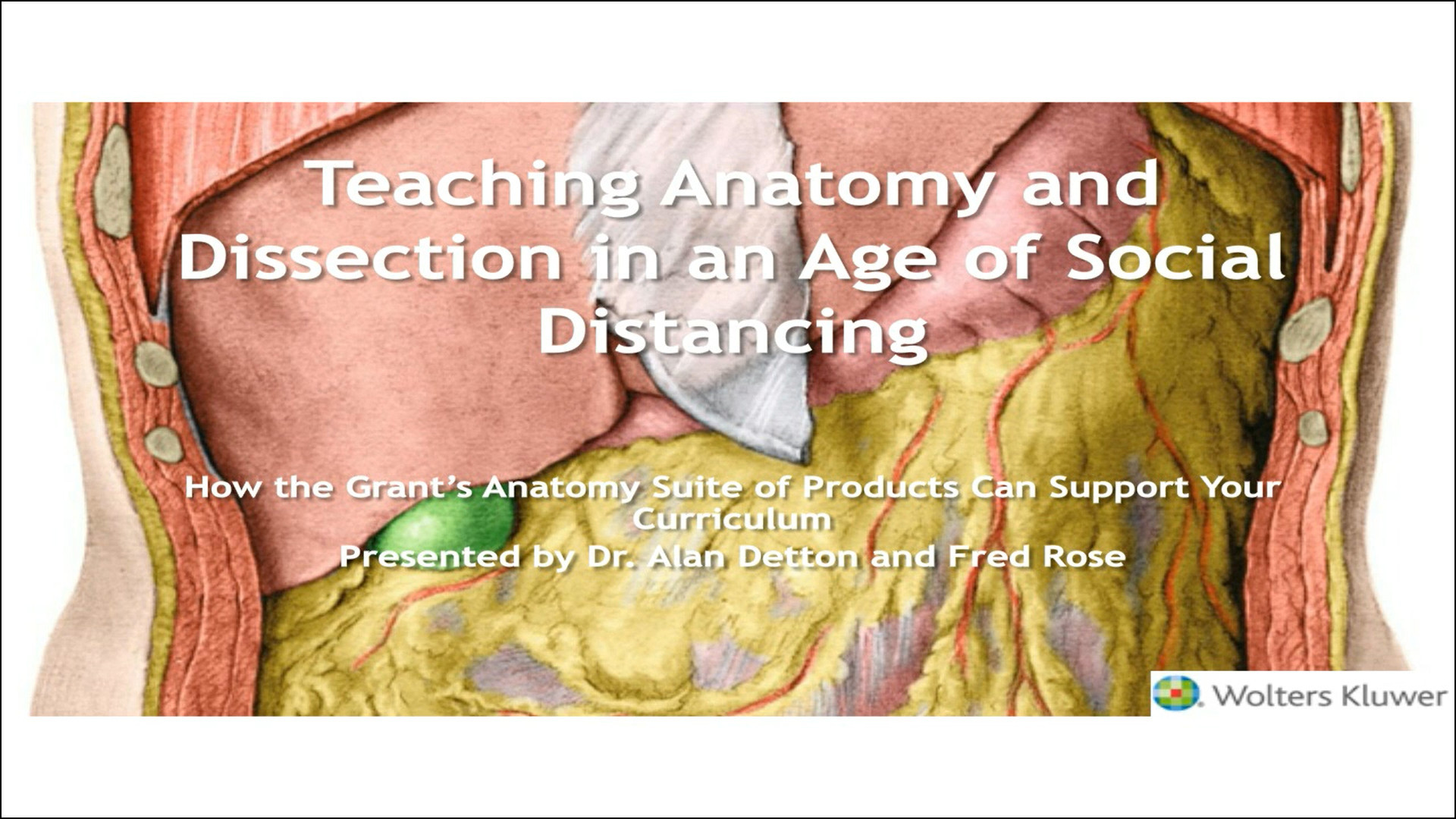 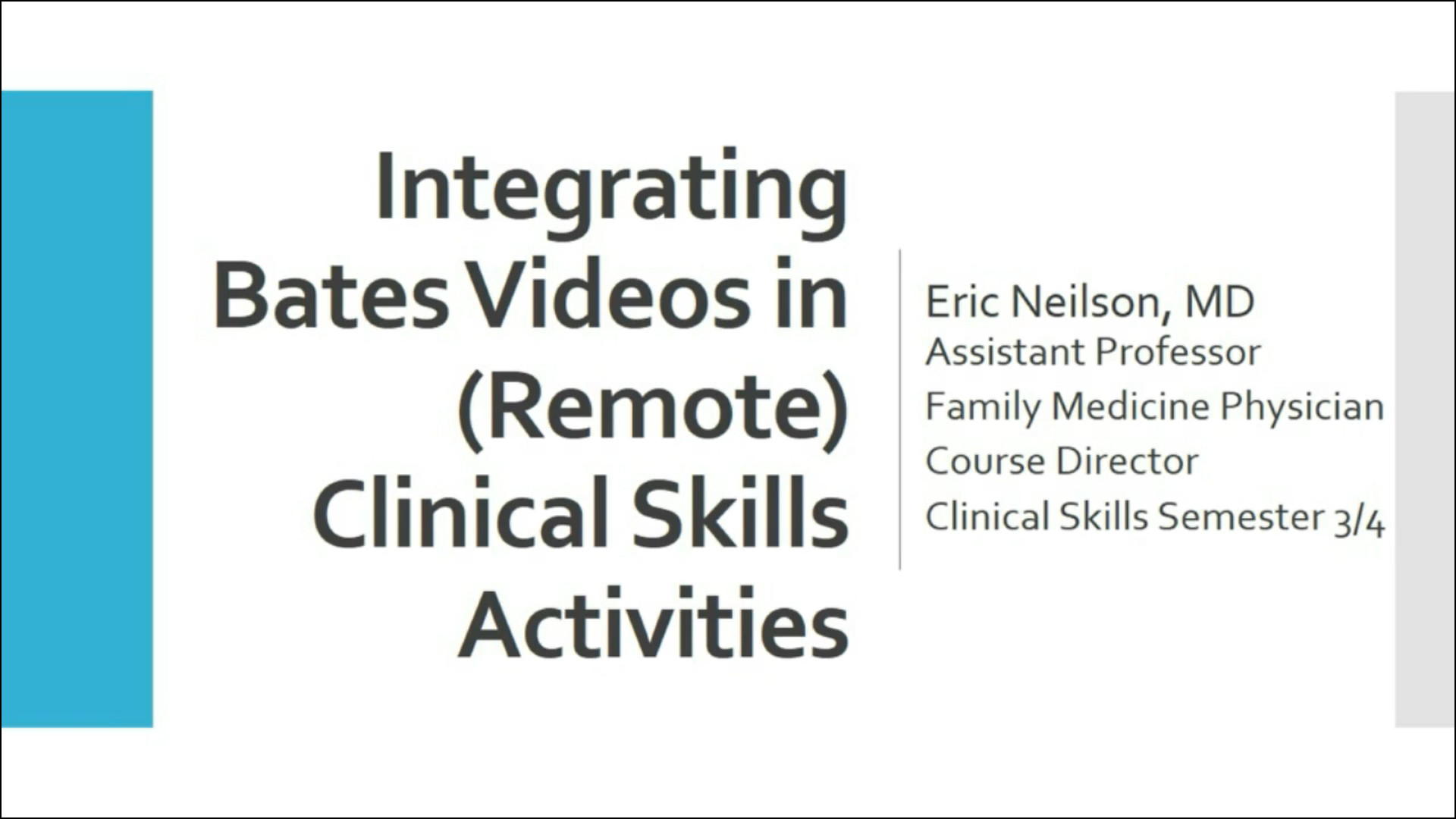 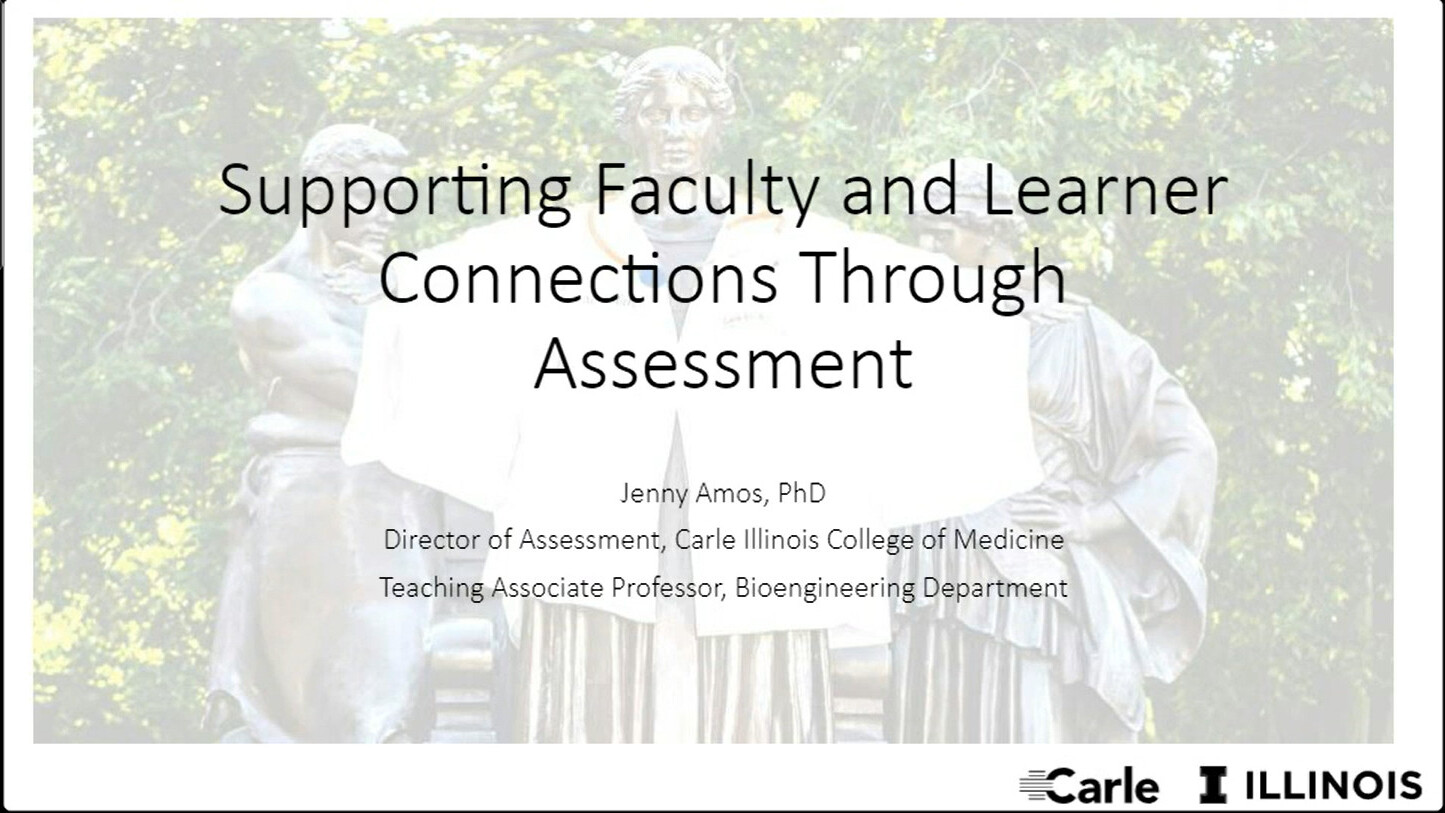 Learning and teaching the ins and outs of family medicine 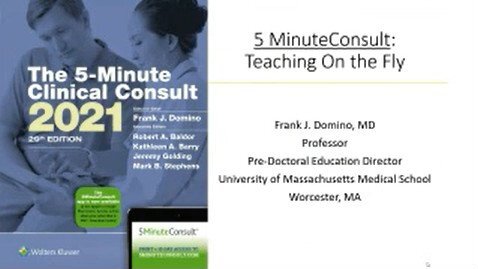 Watch Video
Back To Top