The Need For Convergence: Global Competition Law and the Digital Economy

An interview was conducted with Paulo da Silveira, as lively and affable as one would expect a carioca (native of Rio de Janeiro) to be! William Kovacic was unfortunately unavailable at the time. When asked why he chose law, and specifically international competition law, Paulo replied that, although proudly Brazilian, he lived eight years abroad, including in France and the U.S. He believes this experience gave him an international outlook, both in life and career. He also explained how competition law has a lot of consensus and convergence internationally compared to other fields of law, which is something he appreciates about it.

As for being an academic, Paulo noted how both of his parents are academics, hence his strong attachment to academia and how it’s “mainly due to my curiosity – which is at the heart of research.” It’s also why he has so much respect for Professor Kovacic, given that the latter is a leader in the competition law field, and a highly-respected academic too. As Paulo said: “He is a great reference to me, even if we are from different generations”.

This is Paulo’s third book with Wolters Kluwer. The first book was on Brazilian and European enforcement, whilst the second was a focus on Latin America and gathered specialists from diverse countries. He wanted this third book to have a wider reach with a truly global focus. And he wanted to write it with someone who was a great reference as a global anti-trust specialist. That person had to be Professor Kovacic, and so he approached him. The professor immediately told Paulo that he was indeed keen to collaborate on the book and so the collaboration commenced in mid-2018.

The digital/high-tech economy is multi-faceted and, as such, complex for both competition oversight and enforcement. In many jurisdictions, digital issues are being reviewed through merger control and anti-cartel mechanisms, as well as abuse of dominance by tech players.


But there are challenges. For example, one challenge regarding mergers concerns the criteria for notification thereof. There may be an ‘absence’ of turnover in several countries due to offers of so-called ‘free’ services (e.g. Facebook, WhatsApp, Waze, etc.). How then to review these transactions that lack ‘value’ due to this ‘lack’ of revenue’? One idea to emerge is that of adopting additional criteria based on the transaction value per se. A clear example is that of the value of individuals’ personal data to Big Tech companies.


Abuse of Dominance by Big Tech:


Abuse of a dominant position by Big Tech companies within the market is also a concern for competition authorities and can result in conflicting outcomes. The Google Shopping case is an interesting example, as it was analyzed in several jurisdictions, including the U.S., the EU and Brazil. In Europe the case lead to a severe conviction, whilst in the U.S. it was filed since the FTC chose not to challenge the case. In Brazil, the decision was deadlocked by the country’s competition board (CADE) and no further action taken. Different jurisdictions, different outcomes.

Paulo believes that this will ensure greater efficacy in curtailing cartels and corruption, both of which hinder competition in countries and, thus, the free market. The case studies in the book give credence to the belief that competition policy benefits from a symbiotic relationship with other initiatives, including anti-corruption efforts.


A good example was that of the ‘Car Wash’ investigations in Brazil, which was heralded as a success story of co-operation among competition and anti-corruption enforcers. That Brazilian operation had a regional impact too, since other Latin American countries began similar investigations. The cases combine collusion in public procurement (i.e. via tenders) and corruption, which have prevailed in many countries globally for far too long. Competition authorities have also noted that it is far less costly, in terms of both time and resources, to prevent than to punish anti-trust practices. Compliance has been encouraged through efforts such as advocacy strategies and incentives such as fine discounts.

This is a much-needed instrument to foster greater convergence in competition law between countries. In recent years, international co-operation has played a key role in transnational merger control.


A Clear Need For Co-operation:


This co-operation was highlighted during the GE/Honeywell transaction in 2001, in which the European Commission (EC) blocked a global merger in spite of its clearance by the U.S. Since then, strong efforts in international cooperation have occurred in order to reduce the chances of inconsistent decisions in transnational mergers internationally.

Another example of this co-operation was that of the merger between chemical giants Bayer and Monsanto. Bayer had an imposed order by competition authorities that the deal would have a divestment of 25% of Monsanto to an arch-competitor, BASF. This is called a “conditional clearance” and was achieved by authorities co-ordinating with each other so that the condition would have consistency around the world. BRICS (And Others) to the Fore:

Paulo also firmly believes that the BRICS (Brazil, Russia, India, China and South Africa) countries have an extremely important role to play in the future of competition law. He mentioned the BRICS International Competition Conference, which is an umbrella group with working groups on specific topics from each of the 5 countries that meets every two years.

BRICS countries have proven increasingly committed to competition law. China merged three authorities into one in 2018, a process in which Professor Kovacic was a leading consultant, and Russia now has a 1000 enforcers in its competition agency. South Africa, already with a mature, well-established competition framework, is unique in the world in insisting that importance is given to employment considerations with every merger that comes under review. Furthermore, BRICS countries are important because they are prominent in just about any international competition issue or dispute.

The International Competition Network (ICN) emerged as another good example of this co-operation, with many documents issued by consensus, including guidelines and recommendations to competition authorities. Non-enforcement activities, such as advocacy strategies, are also likely to play a greater role. An example includes the recent joint statement released by the Latin American Alliance, comprised of the competition authorities of Argentina, Brazil, Chile, Peru and Mexico.

Competition enforcement has become global. This has changed significantly from the 1990s, when the U.S. and Europe were the only primary players and reference points in the global competition realm. As such, competition literature in both the US and Europe is very rich but unfortunately not true for other countries around the world. This book is an effort to readdress that imbalance and to reflect that new and exciting global scope.

Paradigms in competition law have changed, especially as the digital economy takes hold across the world. Today more than 100 countries have competition legislation, most with similar provisions to tackle cartels, fight abuses of dominant firms and review mergers. But greater consistency and convergence is needed.

The efforts of convergence in global antitrust should serve both a general and a specific purpose: more broadly, it should aim to increase general consumer welfare worldwide. More specifically, it should help to achieve better lives for people in each jurisdiction concerned.

Ultimately, competition authorities must gain local legitimacy in order to invest more time and energy in addressing global competition issues. This book by these two leading experts in international competition law is an energizing step in that direction.
expert insights 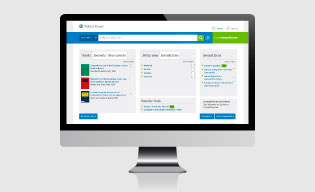