The danger of sepsis: It’s hard to recognize, hard to treat

In this interview, Laura Messineo, RN, MHA, explains how advances in sepsis awareness, prevention, and treatment have helped her health system dramatically reduce its mortality rate from sepsis.

Laura Messineo, RN, MHA, is a longtime activist against sepsis who has achieved considerable success in reducing sepsis within her health system. She is vice president of telehealth at AMITA Health, a network of 15 acute-care and four specialty hospitals in northern Illinois. It is an amalgamation of three faith-based health systems: Presence Health, Alexian Brothers Health System, and Adventist Midwest Health.

In this interview she explains how advances in sepsis awareness, prevention, and treatment have helped her health system dramatically reduce its mortality rate from sepsis.

What’s your working definition of sepsis?

When I am talking to the general community, sepsis is a life-threatening response to infection, which can lead to tissue damage, organ failure and death.

When I am talking to health professionals, we encourage clinicians to suspect sepsis, screening all patients with suspected or known infection.

What makes sepsis so dangerous to hospitalized patients?

Whenever a patient is hospitalized, they are compromised. They already have some sort of clinical condition going on. Many times, a patient might come into hospital with an infection. Because of their compromised state, they are at a higher risk. Only the sickest of sick patients are coming into the hospital. Those who are not critically sick are being treated on an outpatient basis.

What makes sepsis so hard to recognize and treat?

It mimics other conditions. When someone is sick there might be a variety of symptoms they are having. Someone who comes in with abdominal pain, in outpatient or acute-care setting, we’re going to do a workup for the abdominal pain to rule out many variables. Sometimes those symptoms are masking sepsis. That is really what the challenge is.

Since 2007 in the Presence hospitals, we have developed a sepsis screening process that is hardwired. Any time we suspect infection, a patient will receive a sepsis screening. It streamlines the process, and we have fewer situations where it’s hard to recognize.

It’s one of our quality initiatives in the organization: driving down hospital-acquired sepsis.

What is the typical mortality rate from sepsis?

Are we where we need to be nationally? Absolutely not! Has it been going down in recent years? There have been considerable strides.

The national mortality rate is around 15% to 30%. There are still 270,000 patients who are dying each year from sepsis. They say one in three patients who die in a hospital die of sepsis. There has been great movement in increasing awareness of sepsis.

In Illinois we have Gabby’s Law, which requires all hospitals to screen and treat patients for sepsis. Gabby was a five-year-old girl in central Illinois who was diagnosed with septic shock too late and was unable to survive. There is a similar law in New York. The other step that pushed sepsis forward is CMS reporting requirements. It is now a reportable measure for each hospital. 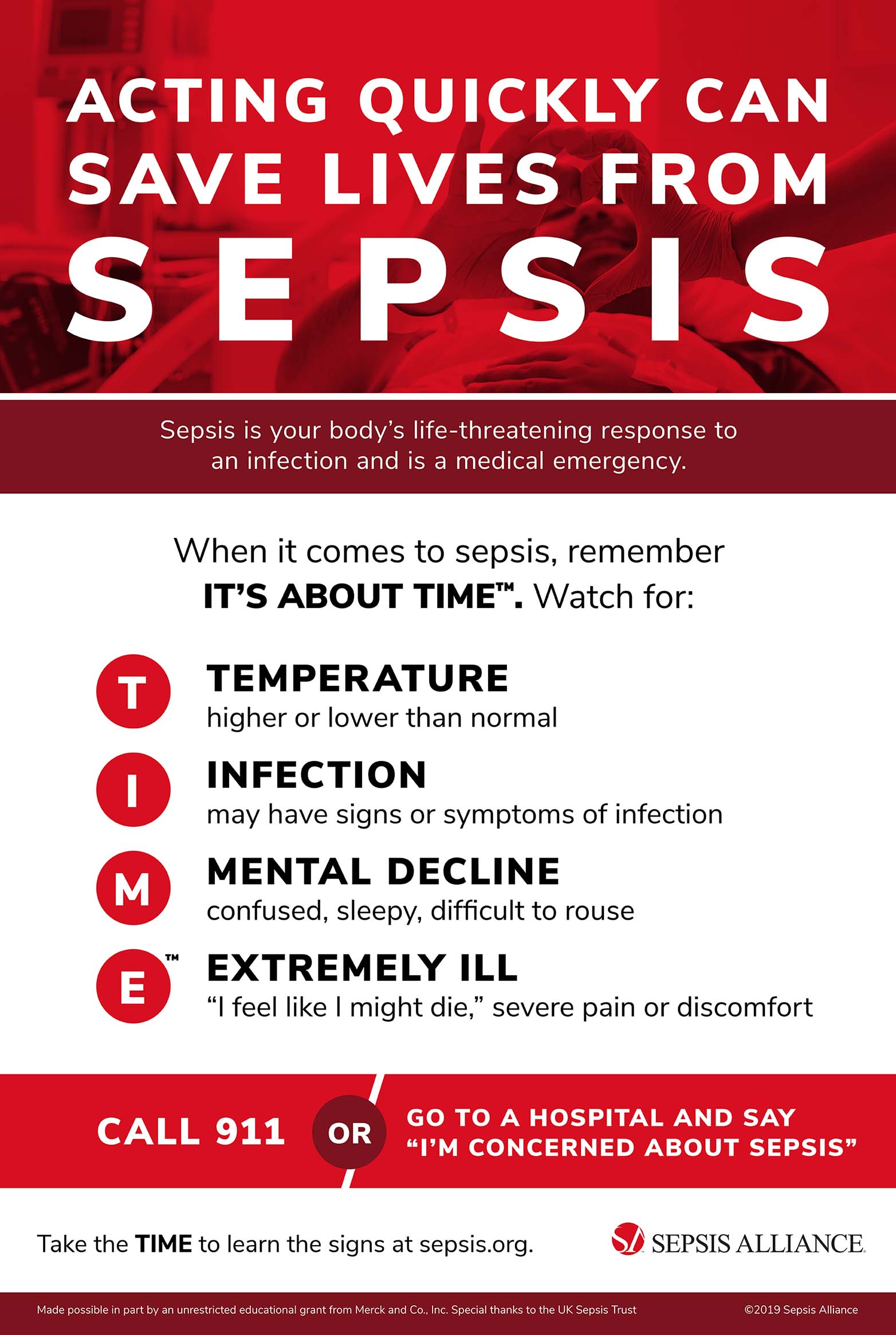