A recent study involving researchers from the University of Pennsylvania School of Nursing provides yet another reason for hospitals to avoid having few too registered nurses providing bedside care.

In short, patients don’t like it. The investigation, published in BMJ Open, was a collaboration among the University of Pennsylvania and England’s University of Southampton and King’s College London. 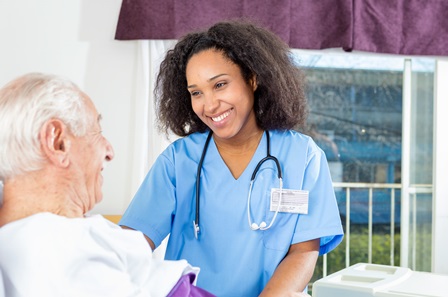 After analyzing more than 66,000 patient responses to a National Health Service (NHS) inpatient survey, researchers found that just 14% of patients who thought there weren’t enough nurses on their unit rated their care as excellent. In contrast, among patients who said there were usually enough nurses, 57% deemed the care they received as excellent.

Having enough nurses on site increased the likelihood of high patient satisfaction.

According to study authors, findings revealed the availability of qualified RNs in hospitals has the largest effect on patient satisfaction.

“The often-repeated narrative suggesting that quality deficits in hospitals are due to ‘uncaring’ nurses is not supported by evidence from the NHS's own survey,” said author and well-known researcher Linda Aiken, PhD, RN, director of the Center for Health Outcomes and Policy Research at the University of Pennsylvania in Philadelphia. “Patients value nurses so much that when nurses are in short supply, patients’ overall ratings of their hospitals decline sharply.”

When units lack an adequate number of nurses, missed nursing care is common, which feeds patient dissatisfaction with their care, researchers explained.

“When there aren't enough professional nurses, things get missed, patients notice, and this affects their confidence in the quality of the hospital and the care they receive,” said researcher Peter Griffiths, PhD, BA, RN, FEANS, FHEA, a professor at the University of Southampton.

The study, which centered on hospitals in England, showed that just 60% of inpatients said there were always enough nurses on hand to provide the care they needed.

“England has one of the lowest percentages among European countries of professional nurses at the bedside already. We know that 65% of nurses in hospitals in England say that high workloads prevent them from spending enough time comforting patients, while 52% of nurses say they don't have enough time to teach patients and their families how to manage after hospital,” said Dr. Griffiths.

“But having more staff on the wards, who have limited qualifications, is not enough. The NHS needs to focus on achieving safe registered nurse staffing levels as a means to achieve better outcomes including improving patients’ satisfaction with their care.”

As hospitals in the United States focus on ramping up patient satisfaction scores on the Hospital Consumer Assessment of Healthcare Providers and Systems (HCAHPS) survey in an attempt to preserve federal reimbursement, the study’s applicability isn’t limited to the NHS.

Hospitals on this side of the pond would do well to heed the study’s takeaway, too.

As the researchers concluded, “Patients express a high level of confidence and trust in nurses, and their satisfaction with hospital care is less favorable when they perceive there are not enough nurses available… [O]ur findings suggest that reducing missed nursing care by ensuring adequate numbers of RNs at the hospital bedside and improved hospital clinical care environments are promising strategies for enhancing patient satisfaction with care.”

Do you have adequate staff levels at your organization?  What effect if any does this have on patient satisfaction?  Leave us a comment below, we'd love to hear your thoughts.