Going public via SPACs: What corporations need to know

SPACs have been around for decades, but in recent years they have become more popular, attracting big-name underwriters and investors. Indeed, SPACs have experienced rapid growth in the past 18 months. From January through June 2021, almost $117 billion worth of deals were closed via SPAC acquisitions.

In this article, we explain the basic concept of SPACs and the pros and cons of going public via a SPAC merger versus an initial public offering (IPO).

What is a SPAC?

SPAC stands for Special Purpose Acquisition Company, but they are perhaps more commonly known as a “blank check company”.

The concept of utilizing a SPAC is somewhat straightforward. A professional investor or business figure (think Sir Richard Branson or Bill Ackman) or a celebrity or athlete (Serena Williams, Shaquille O’Neal, or Jay Z) will form a shell company. That company has no commercial operations and does not produce products or sell any goods or services.

Once formed, the creators of a SPAC will approach retail investors via public markets and use their celebrity appeal to seek investments in the SPAC. Investments take the form of $10 ticket size stocks or warrants. These investments — ranging from $300 million to billions of dollars — are placed in the SPAC’s pool of capital.

The timeline of a SPAC follows several phases. During the pre-merger phase, the SPAC conducts marketing, raises capital, and finds a target acquisition.

In the next phase, a deal announcement is made. Once announced, the SPAC enters a redemption and vote phase. If shareholders don’t like the deal, they can exchange shares for net asset value, usually $10 plus interest.

SPACs provide several advantages over a traditional IPO. Notably, they are faster to execute. The IPO process can be arduous. Hurdles include gaining investor interest and investments, as well as regulatory requirements. A SPAC alleviates these burdens by promoting a faster and less expensive path to public markets. A SPAC acquisition can be closed in a few months, whereas registering an IPO with the SEC can take up to six months.

Another advantage of a SPAC is marketing and pricing. SPACs have a longer window in which to position the company based on forward-looking projections. This extensive and confidential pre-marketing period gives a company and its investors time to gain greater insight into the potential investment and gauge whether the valuation is appropriate. IPOs can share past financials and share addressable market size but cannot get into detailed financial projections.

SPACs also provide access to operational expertise. Sponsors of a SPAC bring industry and financial experience, as well as a network of contacts who can share their knowledge or take a formal role on the board.

SPACs vs. IPOs: The risks

Target companies should assess their financial and reporting condition and requirements. They should also conduct careful due diligence into the SPAC, its management team, board, financial sponsor, and large investors as part of its preparation for a SPAC merger.

Risks to going public with a SPAC versus an IPO include the following:

When a SPAC merges with a private company and takes it public, it faces the same state law compliance issues as any statutory merger. These include, but are not limited to, the following:

How CT can help

With so many steps to take before, during, and after the SPAC merger and tricky timing issues every step of the way, it’s important to have the right support.

Whether at the beginning stages of due diligence, or the high-pressure stages of closing, CT Corporation provides the assistance that companies need to finalize the deal. Count on a one-stop shop and seamless support across local and international jurisdictions. For more information on our SPAC services, please visit our website or contact us at (844) 701-2064 (toll-free U.S.). 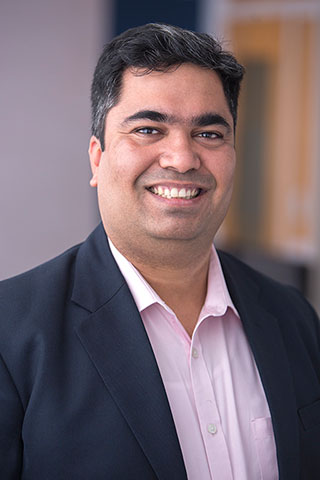 Our team will be focused on the specific issues you face with a special emphasis on deals and funds, so you can conduct your business with confidence.
Product Details
Stay informed
Subscribe to our newsletters for the latest business compliance, industry updates and legislative news.
CT Expert Insights - Stay Informed
Sign up