Do you blame the receiver if all they hear is noise?

If the goal of communication is to have information arrive and stick at the receiving end, then anything that gets in the way is a corrupter. It wastes bandwidth on content that adds no value; worse, it consumes energy at the receiving end. When the receiver is a patient who’s already taxed by medical trouble, that’s not just inefficient, it’s a little bit mean.

We can do better.

That’s why I’ve said, in my blogging and in Let Patients Help: clarity is power. That was my post to open this series last year. I’ve even said I won’t discuss health literacy without measuring the clarity of the content. Yet at conference after conference I see “literacy” bemoaned by think-tank people who should know better.

I’ve talked to those people, and to a large extent it’s because they were taught that literacy is problem, and they don’t realize they could solve it on the sending end. They could become the beacon from the lighthouse that cuts through the fog and be the source of clarity. Instead, they blame the victim, who’s still in the dark.

It’s not the first time this has happened as knowledge and tools have democratized power.

Are your patients “too stupid to own a computer”?

I’ve worked in high tech most of my life, so I’ve seen how this script plays out. A new population gains access to something, and at first they don’t understand.

Whose problem is that?

It never ends well for the industry’s abusive suppliers; their butts are kicked by providers who simplify, and the arrogant pioneers fade to cult specialists. (Think about cars with a stick shift: they’re great to drive but harder, and most people don’t need them anymore.)

Today most of us have home computers, and most don’t call tech support. But when PCs were new, there were tech support stories of users who thought their CD drive was a cup holder, or who put a floppy into their copier when asked to “send a copy of the file.”

It’s perverse and sad that the company works to bring in business, then support dumps abuse on the people who bought in. That’s the classic John Cleese video “Who sold you THIS, then??” Here’s a promo clip: 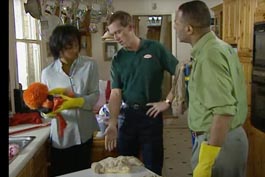 (Yes, that’s a very young Hugh Laurie (House MD) as the technician who says that! He and Cleese worked together at the Cambridge Footlights theatre group1.)

The 1990s tech support version ends with a technician telling the customer “You’re too [bleep]ing stupid to own a computer!” and telling them to box it up and send it back. Here’s a recent animated version: 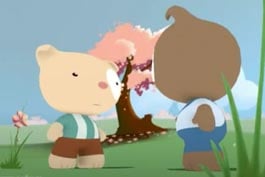 Do you want happy patients, or would you rather complain?

I’ve known technicians like that, and I’ve heard clinicians and academics talk similarly - usually not as meanly, but frankly with a tone of powerlessness: “This situation stinks, and there’s nothing I can do about it.”

It doesn’t have to be that way. Be a futurist.

You’re only reading this post because you’re thinking ahead. In the twenty years since the “too stupid” story, tech support like that has been driven out of business. It got its lunch eaten by people who figured out that usability beats explanation, in the same way that in manufacturing, “quality at the source” beat inspection and repair.

Do you feel that your patients are “too stupid to own a body”? Have you done everything in your power to lower the barriers - to improve the signal-to-noise ratio.

Back then, the Hugh Laurie character had no accountability, partly because there was no Net Promoter score, no “likelihood to recommend.” But I will tell you first hand, when any vendor (especially a doctor) makes things clear to me, I love them and I do recommend - I tell my friends.

For another great example, see Thomas Goetz’s famous TED Talk, It’s time to redesign medical data. He did to lab results what pie charts did to accountants, and it’s brilliant for the same reason.

Watch that talk, and ask yourself: who’s clueless in this story - the patient who can’t understand the numbers, or the professional who can’t present clearly?