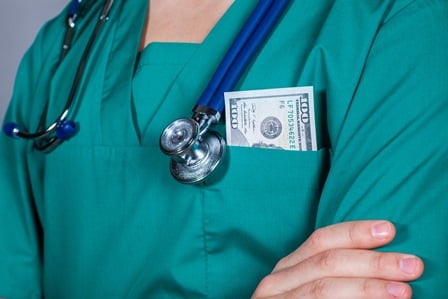 Are you earning what you’re worth?

With business booming and the U.S. stock market surging to record levels, what effect if any is this having on nursing salaries?

Medscape recently completed its annual salary survey of nurses for 2017 and the news is good once again. U.S. nurses were invited to participate in a 10- to 15-minute online survey about their annual earnings.

According to the 10,523 nurses who responded, the average annual gross salaries (before taxes) for RNs and LPNs is on the rise.

Once again, the survey asked respondents to report total annual income and hourly rate of pay. This allows the many nurses who work part-time or per diem to compare their earnings with the findings of this survey.

Average hourly wages were the same for full-time and part-time/per-diem RNs ($37/hour), and for LPNs it was $22/hour.

Among RNs and LPNs, salaried nurses had higher gross incomes (5% higher for RNs and 16% higher for LPNs) than nurses paid by the hour.

Overall, most survey respondents work in hospital inpatient care settings, accounting for 38% of RNs, which is actually down from 41% in 2016. Another 15% work in hospital-based ambulatory care clinics, with the remaining nurses divided among a broad array of community settings. Traditionally, nurses in acute care hospitals are paid the highest wages, whereas nurses in academic positions and non-hospital-based clinics are paid considerably less.

Only one ambulatory specialty -- occupational health -- reported annual wages that rivaled those of hospital inpatient nurses.

Certified RNs earned significantly more than noncertified nurses (an average of $7,000 or 9% more). Certified RNs can be rewarded with bonuses, salary differentials, or reimbursement for educational fees.

As expected, earnings of both RNs and LPNs rose with years of experience. This was true for both annual gross income and hourly pay. The average hourly rate for nurses in their first job was $24 for RNs and $18 for LPNs.

Among nurses who experienced an increase in annual income from the previous year, 77% of RNs and 67% of LPNs attributed this to a pay raise.

Did you get a raise last year? How does your salary and benefits package measure up to these findings?