Patients are more willing than ever to share their data to improve their health – from embracing new channels of care to tracking their health with wearables. Study after study confirms that patients are seeking personalized tools and educational materials to help them transition through life stages, disease states and health status.

Enter voice technology. Voice User Interface (VUI) is successfully being used across the entire patient journey, helping educate and motivate patients in order to keep them healthy. VUI can proactively interact with patients using plain, empathetic, conversational language. And instead of being an annoyance, these interactions can help people on both sides of the health equation. As a result, VUI allows healthcare professionals to communicate with patients at some of their most vulnerable moments of need, including after a hospital discharge or when a loved one leaves the doctor’s office and can’t remember what the physician advised.

So, is VUI human or robot?

Actually, it uses a human voice delivered via technology. Have a listen.

Calls are made to patients to coach them on what they need to do in order to self-manage their specific condition; however, it should be a two-way conversation. By asking key questions and using the power of artificial intelligence (AI), VUI can reinforce positive behaviors and report back to care management teams about the patient’s health status, including any risks. This helps reduce the possibility of a readmission – or worse.

Why wouldn’t a hospital choose to use clinicians to make calls instead of automating the interactions?

A. In a word, scale. We often hear that a hospital wants to pull nurses off the floor and make calls to patients post discharge. They are hoping to be able to reach the patient just one time. When we first started with this, we wanted to understand the effort required to reach patients, so we implemented a pilot with four hospitals focused on patients with congestive heart failure (CHF). They enrolled 120 patients in a 45-day series of calls after discharge. Patients engaged with the calls an average of 18 times over that time period. This was a fantastic result! But, here’s the kicker; it took nearly 10,000 phone call attempts to reach 120 patients. That’s a lot of calls for four hospitals to make manually for such a small population. One surprise we heard from a customer was that nurses who used to make calls like this had a very high turnover rate. Once they started using voice technology to connect with patients initially, not a single nurse had resigned.

How do you automate something as deeply personal as empathy? Is that even possible?

A. Technology-based communication is very effective when discussions are embarrassing. People are often more comfortable sharing information with an automated system because it isn’t going to judge them. So, a barrier is lowered in discussing or even collecting potentially stigmatizing or embarrassing information. In our daily lives that may pertain to our eating habits, but in healthcare that can mean the most critical information impacting a patient’s recovery or condition management, like depression, medication adherence, social health determinants, financial situations, and more.

Here’s a great example. In one of our programs, we focused on patients with diabetes, offering support to cope with a new diagnosis or management challenge. Most enrollees self-reported trouble and said depression had gotten in the way of their ability to manage their condition. But 83% of them also said they had not discussed these issues with a healthcare professional. This is critical and frightening. But, with a technology-based alternative, over half opted into additional phone calls throughout the series that were specifically designed for emotional support. What’s more, nearly three-quarters had decreased depression scores over the course of their interactions. The trick here is to infuse the calls with empathy. Making a lot of calls is not enough. Volume is not what makes patient engagement successful. It’s design. That’s not to say the hospital process isn’t important though – it’s critical. For these initiatives to be most successful, patients need to know that they are going to be enrolled and what to expect.

Can technology actually make an emotional connection with patients?

A. Definitely. The quality of the conversation really matters. Interactions must be designed to be seamless and achieve an emotional connection with the patient. We often give the example of a smoking cessation program we designed, which we beta tested with patients to get their feedback. Initially, the patients in the program felt the voice did not sound like one that understood their struggles as smokers.

The irony was that our voice talent had been a smoker, but she concealed that in her professional recording voice and an indirect consequence was that she did not bring the right level of authenticity to the conversation. Using her ‘real voice’ helped to bring that connection through the voice to patients and it made a huge difference in their willingness to engage with the technology. It’s one thing to determine what solution we deliver to the patient, but it’s entirely another when we look at how we draw the patient into the conversation so they get over their suspicions and mistrust and change behaviors.

A. There is no getting around the fact that we are asking people to engage with machines. In order to avoid frustrating experiences for the patient or participant, we need technology to act like humans, or maybe better said, the machines need to anticipate humans acting and responding like humans.

VUI is successful when it’s well-designed and empathetic up front and able to pivot as needed, anticipating and reacting to responses just as a friend would if you shared something with them. We can design VUI experiences to respond to cues that indicate a patient’s health literacy and to have a genuine conversation, not a one-way or question and answer interview. That idea is really critical and one that voice user experience designers are challenged with every day. The more human the experience, the better the outcome. 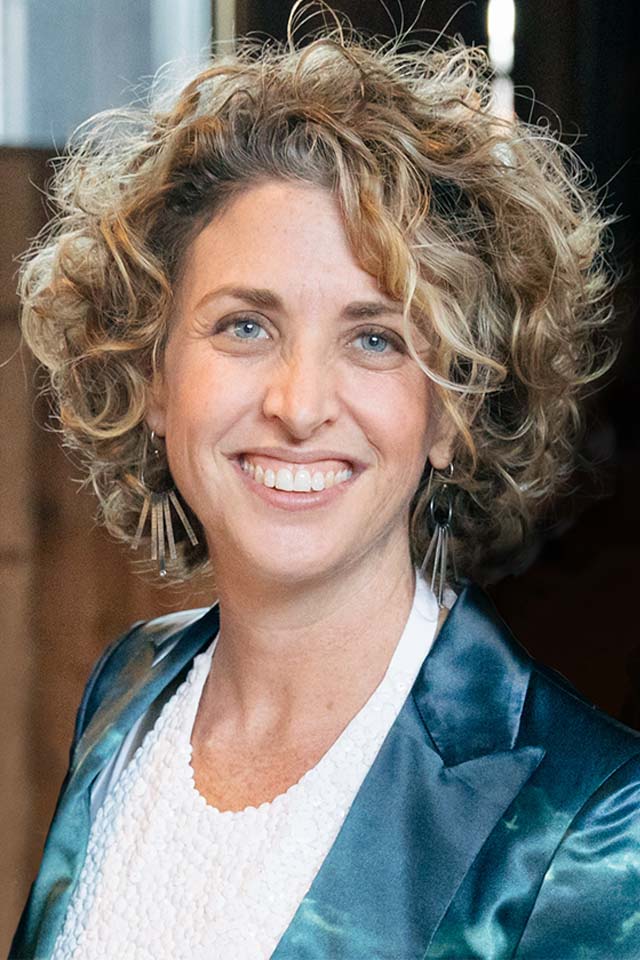 As Vice President, Customer Experience of Clinical Effectiveness, Wolters Kluwer, Health, Shara is focused on the success of Wolters Kluwer clients and their efforts to communicate with and engage patients. Shara and her team pay close attention to our clients and the challenges they face - understanding their concerns and making those concerns their own.