Human trafficking, a public health crisis exacerbated by a global pandemic: What is the nurse’s response?

By: Lindsay Grainger, MSN, MPH, RN
The Covid-19 pandemic has been life-altering for the vast majority of the 7.5 billion people on this planet. For victims of human trafficking, however, Covid-19 has led to more entrapment, less visibility, and even greater health risks.

The United Nations Office on Drugs and Crime defines human trafficking as the “recruitment, transportation, transfer, harboring or receipts of persons which includes threat or use of force, deception, coercion, abuse of power, or position of vulnerability [for the purpose of exploitation].” The International Labor Organization estimates that there are hundreds of thousands of victims of human trafficking in the US, and over 40.3 million victims worldwide (National Human Trafficking Hotline). Human trafficking can involve individuals crossing state or international borders. It can look like forced servitude. It often includes sexual exploitation. It always robs victims of personal freedom.

While victims of human trafficking can come from any background, any region, and any socioeconomic or educational level, there are several risk factors that put individuals at a higher risk for victimization by human trafficking. These include homelessness (especially homeless youth), foreign nationality, a trauma history (including possible domestic violence, sexual assault, or war), and identification as LGBTQ. 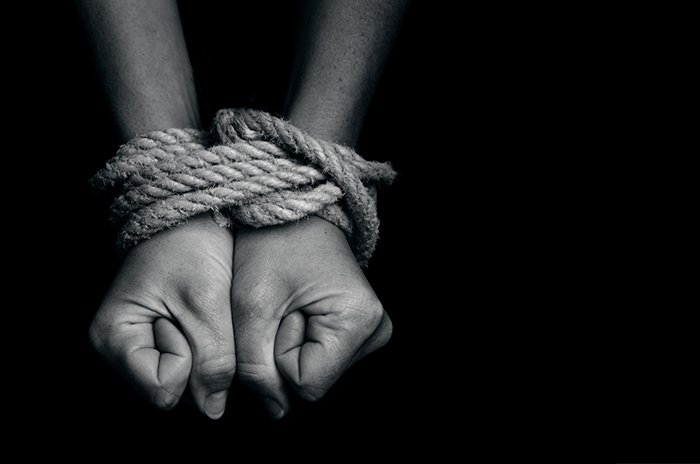 In the context of a global pandemic, vulnerability has only increased for those already at highest risk for victimization by human trafficking. Lockdowns, travel restrictions, and economic stagnation have left victims of human trafficking with limited hope of escape. Agencies that provide aid to these victims have been unable to operate at normal capacity. And with less potential to interface with the public, victims of human trafficking are harder to identify and harder to assist. Without a doubt these victims are also disproportionately at a risk for contracting Covid-19 and a host of other healthcare related concerns, most commonly STIs, substance abuse, mental and physical abuse, and nutritional deficits.

While human trafficking victims can be difficult to identify in the general public, these individuals can be more readily identified in healthcare settings. It is estimated that 50–80% of victims of human trafficking are seen by a healthcare provider while under the control of their trafficker (Byrne, Parsh, Parsh, 2019). Nurses hold a special responsibility to screen patients for possible signs of victimization due to the high amount of one-on-one time they spend with patients relative to other providers. Screenings should include monitoring for mood swings, high states of anxiety, emotional outbursts, self-loathing, or substance abuse. Signs of physical abuse (e.g., bruises, burns, bald patches, malnourishment) and tattoos that resemble “branding” should also be addressed. Stories provided by victims of human trafficking might include inconsistencies as victims might lose track of place and time or have clouded memories due to abusive situations. When screening patients for signs of victimization by human trafficking, nurses should strive to create a bond of trust and always try to speak to a patient alone—as patients are often accompanied by a trafficker that will not allow the patient to freely respond to questions. 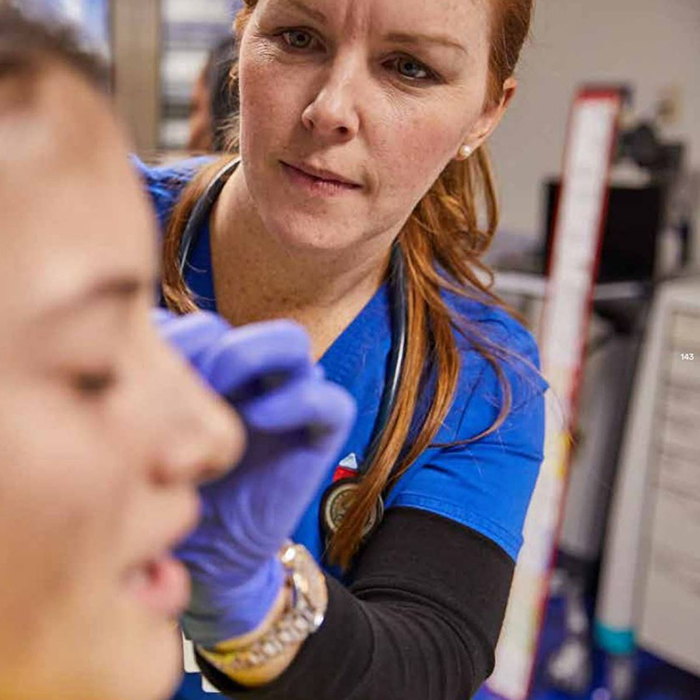 Now more than ever, nurses and other frontline healthcare workers need to be made aware of a growing public health crisis—that of human trafficking. Readily screening patients about their safety at home and at work is imperative. With this in mind, nursing programs should aim to include the topic of human trafficking in their curriculum. 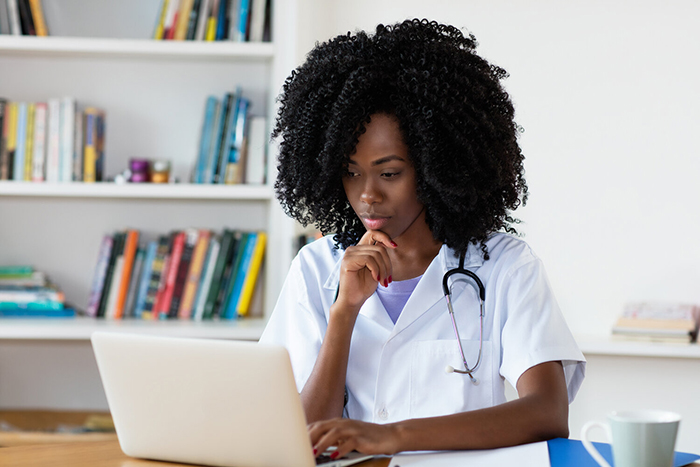 While Covid-19 continues to alter the world narrative, creating economic uncertainties and chaos, so too it creates a breeding ground for illegal activity, disproportionally affecting those living in poverty. Human traffickers prey on the impoverished, promising housing, food, or otherwise in exchange for the freedom of their victims that they force into servitude of many kinds. As healthcare professionals monitor the incidence of Covid-19, they must also keep a finger on the pulse of other public health metrics—including levels of human trafficking. Experiences like the simulation mentioned above provided a great way for nursing students to better understand human trafficking, the cycle of poverty, and the limits of “choice.” While no one can remedy human trafficking alone or overnight, the field of nursing must remain committed to educating students and professionals and to identifying patients most at-risk for human trafficking.