2020 was a year full of uncertainty due to the far-reaching and extended effects of the Covid-19 pandemic. Yet, despite a halt in M&A activity early in the year, as businesses began assessing the impacts of the pandemic and actioned recovery plans, there was a significant resurgence in transactions during the second half of the year.

This acceleration of activity is predicted to continue through 2021 and surpass levels seen in 2019. Even as the pandemic wears on, organizations must decide how to address the continued disruption, economic fallout, and transformative opportunities to build scale and expand their scope.

In this article, we look at what’s driving activity in the marketplace, list key trends that will dominate in 2021, and highlight considerations to be aware of.

What is driving M&A activity?

During the second half of 2020, we observed several main drivers in the marketplace that will continue to spur M&A activity throughout 2021: 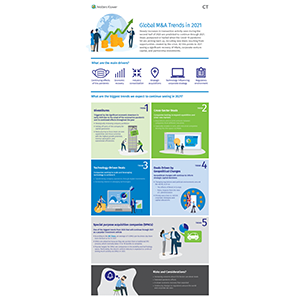 Global M&A trends to look out for in 2021
A look at what’s driving M&A activity in the global marketplace, key trends that will dominate in 2021, and considerations to be aware of.
DOWNLOAD

What are the biggest M&A trends?

Triggered by the economic downturn of 2020, many businesses will choose to sell part or parts of their companies to generate much-needed capital. This will be particularly acute in companies in distress due to the extended economic effects of the pandemic. CEOs will look to restructure and focus on core capabilities, leading many executives to a comprehensive review of company portfolios and consolidation efforts around the highest growth areas, revenue-generating operations, and operational efficiencies.

Early and swift action from governments allowed for distressed businesses and sectors to stay afloat. As the financial support ends, a swift increase in restructuring activities is expected.

For those companies who have fared well, the pandemic has exposed growth opportunities. Expect to see a renewed focus on capability expansion and entry into new markets. This has been most notable in the technology sector as companies acquire or enter joint ventures. Research suggests that many companies will increasingly look to move into the technology space, not just organically, but via M&As.

In the wake of the changes to how we do business due to the pandemic, technology has been a major driving force. The increase in M&A activity we saw in Q3 and Q4 of 2020 was mainly around digital and tech investments. In 2021, it will continue to drive transactions and capture a large portion of deals, corporate venture capital, and partnership investments.

More and more companies are turning to emerging technologies such as the Internet of Things (IoT), artificial intelligence (AI), and cloud computing. They will capture likely investments over the next two years, rather than during a 5 to 10 year period as many executives had originally planned.

M&As and other transactions will continue to be informed by geopolitical events, such as the impact of the Brexit trade deal between the UK and Europe, policy changes from the new US administration, and global trade tensions. Given the current economic climate and accelerated regulatory changes influenced by the pandemic, assessing the risks and opportunities to global operations will continue to be a critical task for businesses.

However, the outlook is bright, with many global markets showing values at or near all-time highs and companies increasing deal-making activity, alliances, and joint ventures.

SPACs became a big trend in 2020, and their popularity is likely to continue through 2021.

SPACs are publicly traded companies whose purpose is to invest in, acquire or merge with privately held companies, taking them public in the process. Investors in these SPACs buy shares in these companies, trusting that the SPAC identifies a promising target to acquire. SPACs have about two years to secure a deal before they are obligated to return any money raised to investors. This process significantly reduces the amount of time it takes a company to go public (2-6 months on average) than through a traditional IPO process, which can take 12 to 18 months.

According to the NY Times, in 2020, 242 SPACs were launched, representing about half the capital raised via public offerings. Sectors that were most active via SPACs included the mobility and technology space, notably the electric vehicle industry and healthcare technology.

A key consideration to keep in mind

While the ongoing impacts of the pandemic and a potentially slow economic recovery are obvious considerations, dealmakers should also pay close attention to an important factor that may affect M&A activity: the adoption of ESG rules around the world.

Environmental, social, and governance issues addressing sustainability and climate change, wage equality, diversity and inclusion, and data privacy, have become an integral part of investment decisions. As countries increasingly adopt regulations to address ESG issues, many businesses and investors have begun committing to adapt their current and future strategies with ESG in the forefront.

Get all the M&A support you need in one place

Whether at the beginning stages of due diligence and compliance, or the high-pressure stages of closing, CT Corporation has assisted thousands of corporate transactions. Our globally focused team understands the complexity in each deal, especially those involving multiple jurisdictions. For more information on how we can help support your next deal, contact a CT representative at (855) 444-5358 (toll-free U.S.). 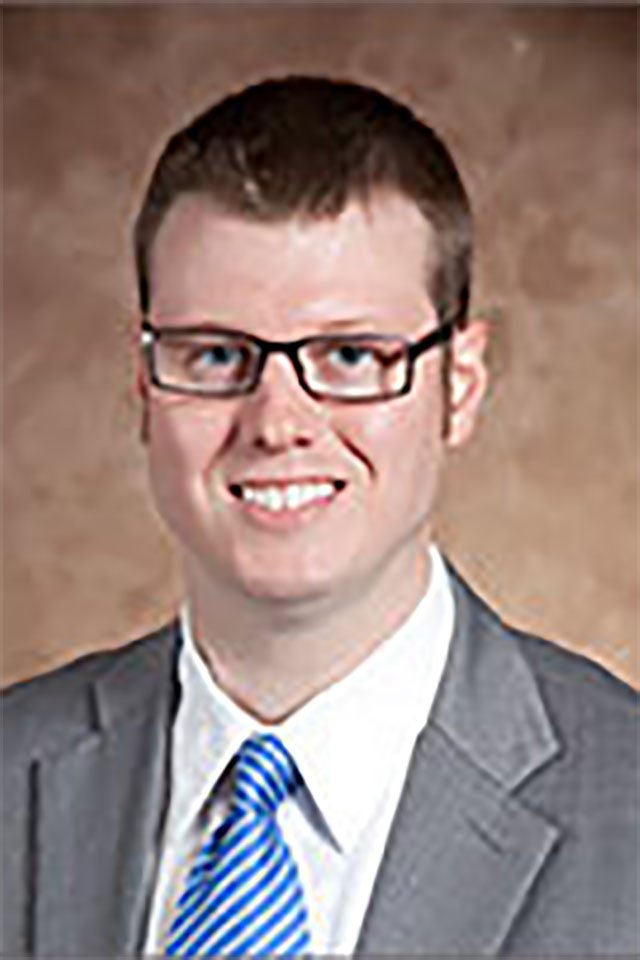