As advanced practice nurses continue to make scope-of-practice gains across the country, health care facilities are ramping up their hiring of these high-level providers.

Employment of nurse practitioners, certified nurse midwives, and certified nurse anesthetists is expected to balloon 31% between 2016 and 2026, Crain’s Cleveland Business recently reported, citing stats from the US Bureau of Labor Statistics. (Clinical nurse specialists are another type of advanced practice nurse, although they were not included in the Bureau of Labor Statistics data.) 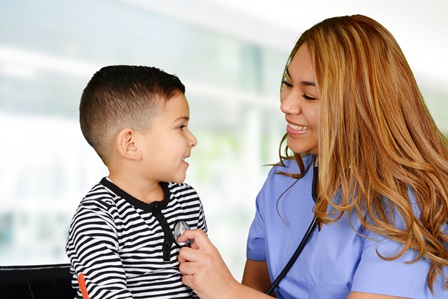 “In Northeast Ohio and across the country, these caregivers … are playing an increasingly important role in health care,” Crain’s Cleveland Business reported. “And the region's health systems are embracing such providers, helping to push them to work at the top of their license and setting up governance structures to support them.”

“And the market for these professionals’ services is hot,” continued the article, which looked at recent hiring of advanced practice providers (including physician assistants) in the region.

Between 2010 and 2017, Cleveland Clinic more than doubled its number of advanced practice providers, former chief of staff Dr. Brian Donley told the publication. At his State of the Clinic address earlier this year, Cleveland Clinic CEO Dr. Tom Mihaljevic reported the system will eventually have as many advanced practice providers as physicians. Dr. Donley speculated that could take 3-5 years.

Meanwhile at MetroHealth, the advanced practice provider population grew 147% between 2013 and 2018. Physician growth during the same period? Just 26%, according to the article.

MetroHealth executive vice president and chief clinical officer Dr. Bernie Boulanger told the publication it is “quite possible” the health system will eventually have equal numbers of advanced practice providers and physicians.

Two years ago, University Hospitals health system created a position — director of advanced practice providers — specifically geared to making sure advanced practice clinicians are practicing to the full extent of their scope in its facilities.

“Part of the initiative that I undertook was really to identify what our current advanced practice providers were doing and then to ensure that we had them aligned so that they could see patients and they could actually do what they were licensed to do, “ Erin Slay told Crain’s Cleveland Business.

Last year alone, more than 20 states expanded access to care provided by advanced practice nurses, according to the annual legislative update in The Nurse Practitioner.

As a result of “substantial and successful” efforts in South Dakota and Illinois, 25 states and the District of Columbia now provide advanced practice nurses full, autonomous practice and prescribing authority, although some of them require a time of physician supervision of collaboration initially.

“While progress may not always be as fast as we would like,” acknowledged legislative update author Susanne J. Phillips, DNP, APRN, FNP-BC, FAANP, of the University of California, Irvine, “this annual update documents the expanding role of advanced practice nurses in meeting the health care needs of all Americans.”