According to the National Institute on Drug Abuse, over 115 U.S. citizens die each day as a result of opioid overdoses. On a related note, the Center for Disease Control and Prevention (CDC), estimates that associated economic costs of prescription opioid misuse is a staggering $78 billion per year, which includes healthcare and treatment, legal fees, and lost wages. 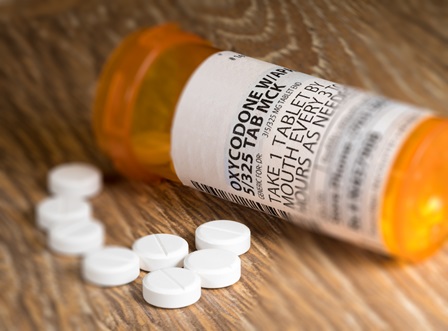 Dealing with opioid addiction is one of the biggest challenges the U.S. health system faces today, and nurses are playing a key role in our nation’s efforts to deal with the crisis. Opioid drug-related overdose has risen steadily over the past two decades, becoming one of the leading causes of death in America.

The ANA recognizes the central role nurses play in addressing this crisis. As health care providers practicing on the front lines, RNs are qualified and well positioned to be involved in assessing, diagnosing, and managing patients battling addiction. ANA recognizes the significance of this public health crisis and is committed to helping nurses stand as a leading provider in the fight against opioid dependence, overdose, and death. Some of the ANA recommendations include:

Expanding access to medication-assisted treatment is a critical step in addressing the growing opioid epidemic, comprehensively. ANA has sought to amend the Drug Addiction Treatment Act of 2000 (DATA 2000) in order to allow advance practice registered nurses (APRNs) with appropriate training to prescribe buprenorphine. Expansion of the DATA 2000 waiver program to include the four APRN roles would safely and significantly increase access to medication-assisted treatment for patients who need it most.

ANA believes that the current crisis calls for additional support and focus on prescriber education. APRN education already prepares practitioners to effectively and safely prescribe opioids, Taking steps to ensure that health care professionals who prescribe opioids are properly trained and educated in opioid prescribing is critical and necessary. ANA has joined forces with 40 other provider groups in a pledge to train more than 540,000 opioid prescribers over the next two years.

ANA urges greater investments in the scientific and clinical research needed to advance the development, assessment, and deployment of abuse-deterrent technologies. Issues surrounding abuse and misuse of prescription opioids must be balanced with the real and legitimate needs of those seeking treatment for pain. Developing abuse deterrent formulations (ADFs) is an important tool in preventing abuse. The Food and Drug Administration (FDA) considers the development of these products a high public health priority.

Prescription drug monitoring programs (PDMPs) play an important role in preventing inappropriate access to prescription opioids. ANA supports the increased utilization of PDMPs and will be working with members and state nurses association to increase awareness of PDMPs and the number of APRN prescribers who are registered. While safe and appropriate prescribing must be employed to curb dangerous practices, it's also important that any interventions don’t limit access to appropriate pain management for patients who need it.

ANA supports increasing access to Naloxone for first responders, family, friends, and caregivers of those who are known to be chronic opioid users. Naloxone is a critical tool in preventing overdose by opioids such as heroin, morphine, and oxycodone. ANA supports increased access to Naloxone and liability protections for those trained in Naloxone administration. They also believe that third party payers, including Medicaid and Medicare, should cover this life saving measure.

All of these efforts are aimed at promoting a comprehensive approach to battling the opioid epidemic.

Is your organization taking any special measures or precautions to manage increased volume and acuity of opioid-dependent patients?  Leave us a comment, we’d love to hear from you!