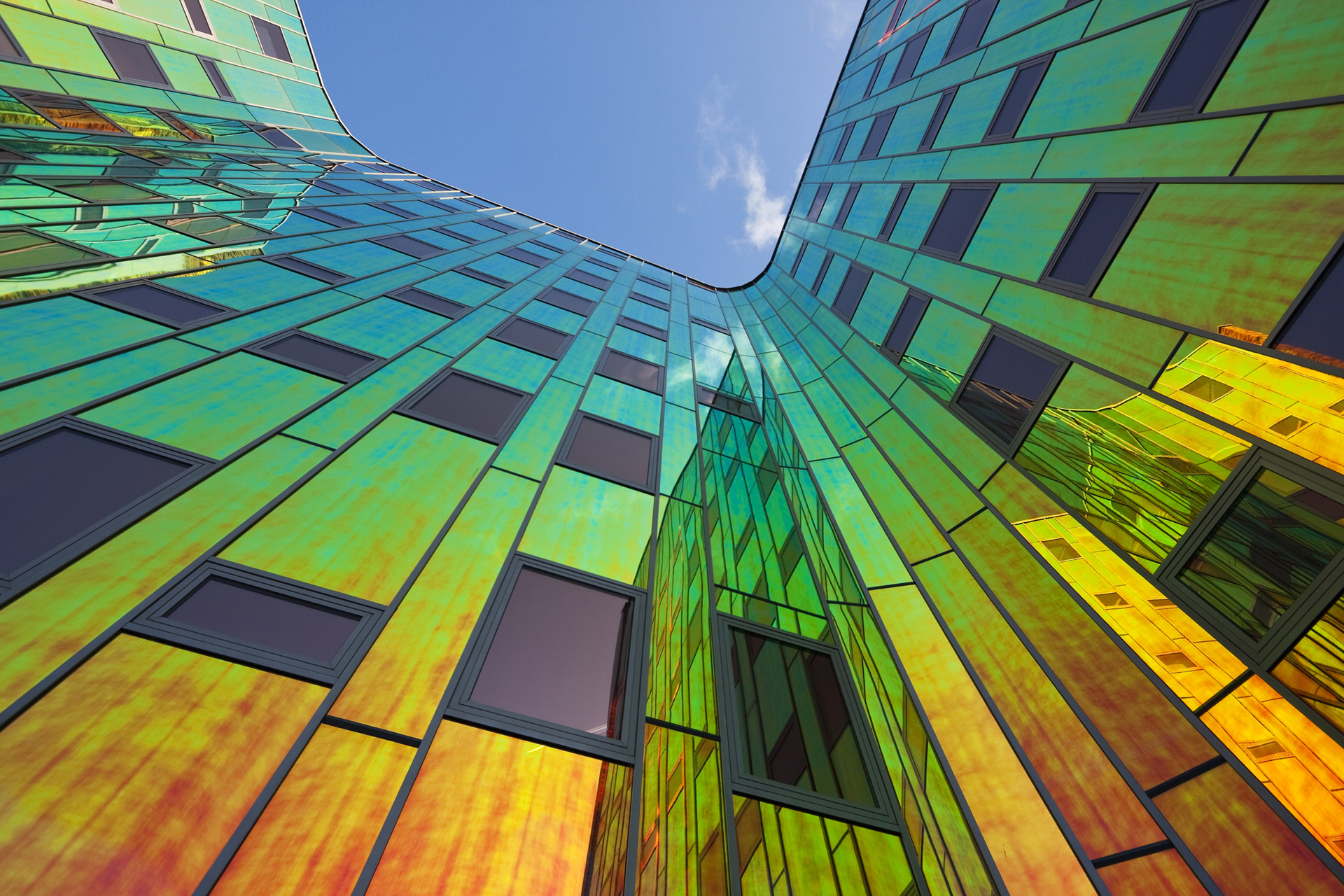 Benjamin Franklin once said: “When will mankind be convinced and agree to settle their difficulties by arbitration?” Arbitration certainly has a critically important role in the settlement of disputes between parties. This should be especially true in the settlement of investment-related disputes between investors and States. That is, should be. Investment arbitration is in a veritable state of flux, particularly in the context of the EU and bilateral investment treaties (BITs) between EU member states. But why is this? Why this uncertainty? What does this mean for the future of investment arbitration, particularly for investments in the EU? What international considerations are there? Interesting perspectives to these questions are provided by Dr Crina Baltag and Ana Stanič, the co-editors of their book The Future of Investment Treaty Arbitration in the EU: Intra-EU BITs, the Energy Charter Treaty, and the Multilateral Investment Court, to be published in 2020 by Wolters Kluwer. Our interview with them both forms the basis of this article.

We are seeing major disruption in international relations at present but are reverting back to [self-interested investment-related] mechanisms that never really worked in a world of globalization.
Ana Stanič, co-editor of  The Future of Investment Treaty Arbitration in the EU: Intra-EU BITs, the Energy Charter Treaty, and the Multilateral Investment Court

A Wealth of Investment Arbitration Knowledge

Romanian-born Crina has been a qualified attorney-at-law since 2004 with extensive experience in various aspects of international dispute resolution, public international law (PIL) and commercial law. Crina’s passion for investment arbitration grew with her early work in Micula v Romania, a landmark 2005 investment arbitration case that continues to have a strong impact in the field to this day. Today she is a Senior Lecturer in International Arbitration at Stockholm University and arbitrator.

Ana has an equally impressive CV: she is a Slovenian and Australian-born English Solicitor Advocate with over 25 years of experience in advising on energy, environment, EU and international law. Her early career included work for the Slovene government negotiating bilateral investment and free trade treaties. Ana regularly acts as counsel for states and investors in investment treaty and commercial arbitrations. She founded London-based E&A Law in 2007 with a focus on European energy law and is today a Visiting Professor at Technishe Universitat in Berlin and UIBE China.

The 2018 Achmea decision was a bucket of ice-cold water for many investors. The decision by the Court of Justice of the European Union (CJEU) was fundamentally about the primacy of EU law over the BITs entered into between EU member states. The court clearly favoured EU law over the investment treaty arbitration system that has been in place long before the EU came into existence. The case concluded that investment treaties between EU countries, including their dispute resolution clauses, were incompatible with EU law.

Essentially, the Achmea precedent means that, from an EU perspective, EU law trumps international law in matters of investment arbitration, including treaty law entered into between individual member states. The fact that the decision was to apply retroactively only sealed the shock experienced by many in the investment community. For many, the Achmea decision undermined the fundamentals of the investor-State dispute settlement (ISDS) regime as a whole.

Seasoned investment arbitration and commercial law experts such as Ana and Crina were not shocked, however. They had seen this decision by the European court coming, one that was years in the making. For them, the decision was a logical continuum of an approach taken by the Court in which EU law has presumptive primacy over national laws and intra-state treaties within the EU. It was a prime example of a European court exerting the principal of EU legal primacy in the ‘one-for-all’ tenet that is central to EU jurisprudence. It is an ethos that is almost directly in conflict with important aspects of public international law, the latter of which has long recognized the legitimacy of BITs and the international ISDS framework.

Crina and Ana are confident that their book is a must-have due to its timeliness. For a start, their new book comes at a time when there are ongoing discussions regarding the future of the ISDS and investment protection framework both in the EU and internationally.

Their book is an effort to address the proposed new framework(s) for investment protection, with a particular focus on investment treaty arbitration and energy-related investments. The book’s 13 chapters reflect the evolution of the EU’s position on ISDS, as well as on-going international discussions to reform the ISDS under the auspices of the United Nations Commission on International Trade Law (UNCITRAL) Working Group III. There is also discussion on efforts to create a Multilateral Investment Court (MIC). But it’s the Achmea case that is the golden thread that ties the entire book together. There’s a reason why eight of the book’s 13 chapters titles have the word ‘Achmea’ in them.

Energy-related investments and the Energy Charter Treaty (ECT) provide fascinating context for the entire book, in tandem with Achmea. Consider that Ana and Crina believe that Achmea has resulted in investors from EU member states no longer having the same protection, whether substantive or procedural, when investing in other EU member states as they did before. In fact, Ana and Crina contend that EU investors now have less protection than their non-EU competitors. This is no minor matter in the bloc’s energy sector. After all, the European Commission (EC) estimates that over 1 trillion euros of investments will be needed in the EU energy sector until 2030.

Ultimately, the book aims, as Crina says, to “provide a balanced view” regarding the various dimensions of this complex issue, and there is no similar book on the market addressing these issues. It should therefore be invaluable in providing energy companies, banks, private equity funds, international financial institutions and other investors insight into how to navigate this difficult and changing area of the law.

The book also looks at current reform initiatives led by UNCITRAL regarding the need to reform the international ISDS regime, and which is now in phase 3 of discussions. One solution that is gaining traction is that of setting up a Multilateral Investment Court (MIC), a quasi-ICJ/WTO settlement tribunal. “It’s a revolution of the system” according to Crina. However, they caution that the UNCITRAL’s mandate is limited to procedural reform, whereas a substantive approach is also needed. They also question whether a single court can effectively oversee the scores of BITs that currently exist worldwide, each with its own substantive and procedural protection.

The ECT is also discussed in the book. Importantly, all EU member states are parties to the treaty, as well as the EU and Euratom. Ana notes that the entire logic of the ECT was to create a multilateral framework for energy resource infrastructure investments linking Central Asia and Europe. However, the EU is demanding that it be treated as a single unit by the Treaty, once again in line with its orthodoxy of ‘one-for-all’ EU primacy.

This attitude by the EU has had other repercussions for the future of the ECT, according to Ana. She cites how the ECT Secretariat has been trying to get a number of countries, such as China, to join the Treaty, but there has been resistance from those countries approached since the perception is that ECT rules are essentially ‘EU rules’.

Furthermore, for Ana and Crina, the purpose of the book is also to highlight that international arbitration has contributed to depoliticising international investment disputes. They note how growing nationalism cloaked in protectionism has surged in recent years, and how that too will have serious repercussions if investment arbitration rules and decisions undergo a revolution, both within the EU and internationally.

A Natural Partner in Wolters Kluwer

Crina and Ana wanted to ensure a comprehensive dissemination of the book. For them, Wolters Kluwer was the obvious choice to ensure that since, in their opinion, it remains the best publisher in the arbitration field. According to Crina, “We had no doubt that this was the best publisher for our book”.

The Need For Investor Inclusion

They both believe that investors continue not to be involved in important discussions in the field, especially ongoing discussions regarding the reformation thereof. Governments continue to lead and shape the discourse on investment arbitration, which has only been exacerbated by rising nationalism and national self-interest in some parts of the world, especially in the last 5 years. Transparency continues to suffer as a result.

As Ana states, “We are seeing major disruption in international relations at present but are reverting back to [self-interested investment-related] mechanisms that never really worked in a world of globalization”.

Improvements are clearly needed in the field of investment law and arbitration, with greater transparency and the involvement of stakeholders among its most pressing needs. It is for these reasons that the book The Future of Investment Treaty Arbitration in the EU: Intra-EU BITs, the Energy Charter Treaty, and the Multilateral Investment Court by Dr Crina Baltag and Ana Stanič is not only timely, but urgently so.
expert insights 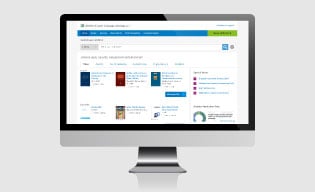