What is the difference between mergers, acquisitions and conversions?

Terms like merger, acquisition, and conversion are found in business articles but rarely are they explained. As a small business owner, you may think they only apply to large corporations. In fact, many smaller businesses use these vehicles as well. You never know when they will come in handy.

Mergers and acquisitions are terms used interchangeably but they are not the same. 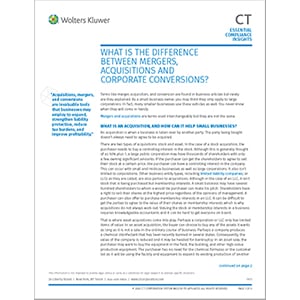 What is the difference between mergers, acquisitions, and corporate conversions?
Terms like merger, acquisition, and conversion are found in business articles but rarely are they explained.
Download the Article

What is an acquisition, and how can it help small businesses?

An acquisition is when a business is taken over by another party. The party being bought doesn’t always need to agree to be acquired.

There are two types of acquisitions: stock and asset. In the case of a stock acquisition, the purchaser needs to buy a controlling interest in the stock. Although this is generally thought of as 50% plus 1, a large public corporation may have thousands of shareholders with only a few owning significant amounts. If the purchaser can get the shareholders to agree to sell their stock at a certain price, the purchaser can have a controlling interest in the company. This can occur with small and midsize businesses as well as large corporations. It also isn’t limited to corporations.

Other business entity types, including limited liability companies, or LLCs as they are called, are also parties to acquisitions. Although in the case of an LLC, it isn’t stock that is being purchased but membership interests. A small business may have several hundred shareholders to whom a would-be purchaser can make his pitch. Shareholders have a right to sell their shares at the highest price regardless of the opinions of management. A purchaser can also offer to purchase membership interests in an LLC. It can be difficult to get the parties to agree to the value of their shares or membership interests which is why acquisitions do not always work out. Valuing the stock or membership interests in a business requires knowledgeable accountants and it can be hard to get everyone on board.

That is where asset acquisitions come into play. Perhaps a corporation or LLC only has limited items of value. In an asset acquisition, the buyer can choose to buy any of the assets it wants as long as it is not a sale in the ordinary course of business. Perhaps a company produces a chemical disinfectant that has been recently banned in several states. Consequently, the value of the company is reduced and it may be headed for bankruptcy. In an asset sale, the purchaser may want to buy the equipment in the field, the building, and other high-value production equipment. The purchaser has no need for the chemical formulas or the customer list as it will be using the facility and equipment to expand its existing production of another product. This can be complicated as accountants, analysts and appraisers are needed to determine the value of the assets. The seller is not obligated to enter into the agreement if it doesn’t think the price is fair.

What is a merger, and how it can strengthen a small business?

A merger takes place when two or more businesses want to join forces and become a single entity. Many businesses may take part in a merger, but at the end of the day, there is only one survivor. The surviving entity owns all the assets, liabilities, and obligations of the companies that are party to the merger. Many smaller businesses engage in mergers when they are doing well but need to take their growth to the next level. The synergy between the companies allows for the sharing of certain assets, liabilities as well as scaling of operations.

There are two types of mergers that you may encounter: general mergers and parent-subsidiary mergers.

A general merger is effectuated under the basic merger statutes. These mergers are general in the sense that they are not specific and potentially apply to all mergers. Any merger can be effectuated under the basic merger statutes, even where specific or specialty types of mergers may apply. Ordinarily, interest holders in the non-survivor get interests in the survivor. Although in some mergers they may receive cash instead and will no longer be a shareholder or member.

In a general merger, all boards of all constituent corporations must approve the plan of merger. The shareholders of the corporation that is merging out of existence must always approve the plan since it involves such a radical and fundamental change in their ownership interests. The shareholders of the surviving corporation ordinarily need not approve the plan since their corporation is continuing in existence and the nature of their equity interests is not being fundamentally changed. Approval of a merger in an LLC will be determined in the operating agreement, or if not, then by the default provision of the LLC statute.

In addition to mergers occurring between or among domestic entities, they may also happen between domestic and foreign entities. For example, a Georgia corporation may pursue a merger with a Michigan LLC pursuant to statutes.

Parent-subsidiary mergers are often called short-form mergers because they do not require as much work as regular mergers. In the case of such a merger, the parent may merge its subsidiary into itself or merge itself into the subsidiary without shareholder approval. All states require a statutory percentage of ownership before the short-form merger can be used. The majority of states require 90% but a minority of states require a larger or smaller percentage. The theory for allowing this procedure is that the minority block of shareholders cannot block the merger even if they wanted to. Unless specifically stated under state law, the short form parent/sub procedures apply only to situations where the subsidiary is merged into the parent. The benefit of this vehicle is that it avoids costly and time-consuming meetings and proxy solicitations of publicly held companies.

Converting a business entity and domestication to other states

Conversions are like mergers in that the converted entity has all the duties, debts, obligations, and resources as the old entity. The converted entity is deemed to have existed without interruption and will have the same formation date as the old entity with a new entity type or home state. There may also be tax consequences, so it is advised business owners consult a tax advisor before engaging in this transaction. In fact, some entities will convert to another due to tax-related issues.

The owners or managers of a business entity may decide to convert to a different entity for a number of reasons. An LLC may convert to a corporation if it plans to go public or is seeking venture capital. Most publicly traded entities are corporations and most venture capitalists prefer to invest in corporations. The people managing a small corporation may decide they favor an LLC because it has more relaxed requirements as to meetings, voting, etc. In this case, a conversion, if agreed to by the members, would be a simple and easy way to achieve that goal. A general partnership may determine that it is more advantageous to operate as a limited partnership or a limited liability partnership and enjoy the limited liability protection afforded by these entity types.

In today’s business environment which is rife with many hurdles to growth and expansion, it is reassuring to know that there are tools available to help small businesses overcome those hurdles. Acquisitions, mergers, and conversions are invaluable tools that businesses may employ to expand, strengthen liability protection, reduce tax burdens, and improve profitability. 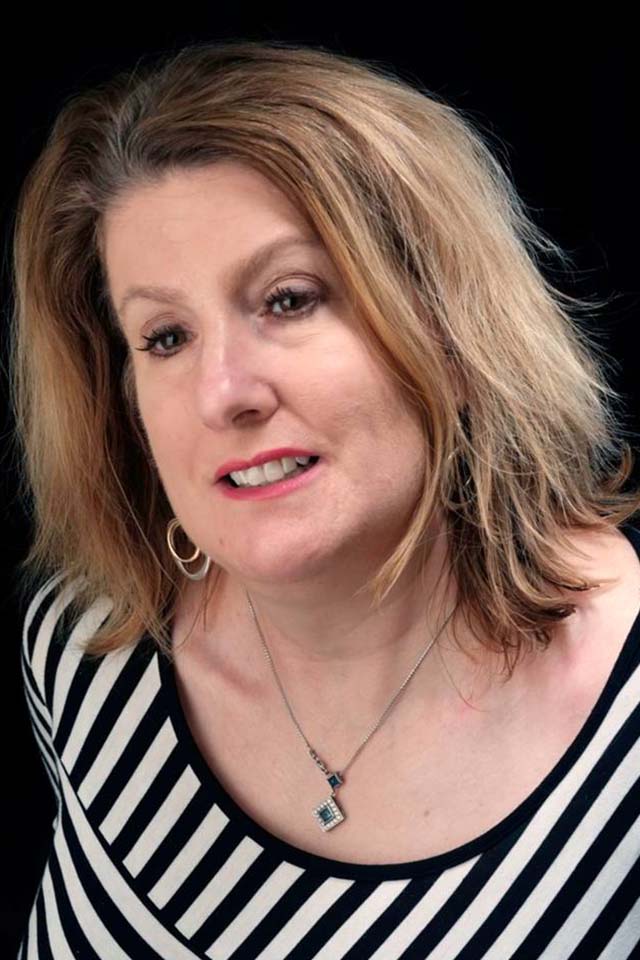 Rely on our expertise throughout the deal lifecycle.

What the UKs NSI Act means for corporate transactions involving entities and assets in this jurisdiction M&A due diligence best practices: Ensure a smooth transaction with the right searches 2022 Emerging trends in U.S. Mergers and Acquisitions