Permanent Establishment Today: The Ongoing Erosion of a Principle

Permanent establishment (PE) is a cornerstone of modern international taxation law. The ability to tax foreign corporations doing business in a host (non-source) country has long been a challenge for tax authorities in countries across the world, not to mention the never-ending conflict between ‘market’ states and ‘resident’ states. Obviously, the advent of ecommerce and modern wireless technology completely changed the business landscape and, as such, key aspects of the PE principle. One leading voice in this regard has been the hugely respected Norwegian scholar and tax expert, Arvid Aage (A.A.) Skaar.

Arvid began questioning the validity of PE almost 30 years ago in his breakthrough book Permanent Establishment: Erosion of a Tax Treaty Principle, as published by Kluwer Law and Taxation Publishers in 1991. The book became immensely influential in the field and, of course, much has transpired in the three decades since it first came out. A second edition was inevitable, and so Wolters Kluwer was proud to be its publisher in 2020. The second edition is equally impressive in its breadth and depth of scholarship and critical thinking by Arvid on the issue of PE.

Wolters Kluwer previously had the pleasure of interviewing Arvid in June 2019 in an article titled Mobile Industries Urgently Call for an Upgrade of the Tax System. That article also highlighted some of the principal reasons why Arvid felt compelled to write the second edition of his book. For this article, we spoke more at length with him regarding the second edition of his seminal book, with further discussion regarding PE in the midst of that most unique of disruptors, the COVID-19 pandemic.

PE shaped Arvid’s career from the very beginning. Born in western Norway, he would go on to be educated at the University of Oslo (UiO). He then attended the Norwegian School of Management (Handelshøyskolen BI), which is the second-largest business school in Europe. It was there, and at Harvard Law School, that he wrote his doctoral thesis. His thesis helped him realize what was his real passion – international taxation and, specifically, PE.

Arvid was drawn to the issue of PE as it was a growing and difficult issue in Norway, which at the time was struggling to maintain taxation control over foreign companies profiting from its rich oil reserves. Arvid’s passion became that of many fellow international tax experts: when can a mobile business entity headquartered elsewhere be taxed in the jurisdiction in which it operates? According to Arvid, due to modern technology, the issue of ‘mobility’ has become a mostly moot point since many new industries can undertake business in countries in which they have no physical presence at all.

More on the Second Edition

Although he did speak about the second edition of his book in the aforementioned 2019 article that Wolters Kluwer conducted, Arvid believed it worth reiterating its rationale and some of its most important features. In Arvid’s opinion, the second edition was much-needed because the concept of PE has been further developed along the lines indicated in the first edition. For Arvid, the erosion of PE has been a positive development in the international taxation field, because business income will to a larger extent be taxed at its source.

Speaking with Arvid clarifies one thing regarding PE: It should be remembered that countries interact with each other regarding taxation on a tacit yet entrenched quid pro quo basis in which taxation norms and principles are respected for the most part. Reciprocity and mutual respect is the name of the game. No country likes to step too far out of the ‘circle of understanding’ regarding taxation issues, particularly if they are members of the Organisation for Economic Co-operation and Development (OECD). Even so, some countries, in opposition to others, no doubt felt constrained by the rigours of the PE principle, which, as Arvid argues, is a principle in decline in particular for new industries. Its erosion has meant the ability of countries to increase the taxation of foreign entities’ income at the income source.

For Arvid, the second edition is principally an effort to describe what the international consensus on the conditions for PE is. He wanted to provide tax authorities and corporate tax experts with a better understanding of the current international tax regime based on case-law across the world. He did so in the hope that readers will be able to better plan their dealings in foreign countries with “as high a level of certainty as possible”. Even the simplest rules can make all the difference, Arvid contends. For example, once an agreement is concluded on a construction project in another country and a person is sent to oversee the project, then the client should be aware that the PE 12-month rule may start ‘ticking’, even if the actual construction has not yet started.

COVID-19 came along in 2020 and gut-punched the global economy in a way not witnessed in generations. It upended paradigms left and right, and has probably caused what many are calling ‘the new normal’ in the way we do business. International taxation came under interesting scrutiny during the height of the crisis, specifically in the form of PE. Did the pandemic change anything, given that business leaders, consultants and formerly mobile business dealings were suddenly under lock-down?

The OECD considered whether COVID-19 had any impact on the creation of PE, in particular scenarios due to people being forced to work in a specific country and whereby projects lasted longer due to society being effectively closed down. In the OECD’s opinion, released in early April 2020 in a document titled OECD Secretariat Analysis of Tax Treaties and the Impact of Covid-19 Crisis, PE was not established just because people were now being forced to conduct business from a specific location. These working conditions were considered temporary and exceptional and, therefore, did not meet the requirements of PE which require some form of permanency and ‘quotidian’ basis (hence, agency) for doing business in a given location.

Arvid is in complete agreement with this stance by the OECD regarding the COVID-19 pandemic. However, he had issue with its opinion that the contractual law principle of force majeure was a further reason for denying a PE during the crisis. He believed that introducing “force majeure” and “government’s directives” as elements in tax treaty interpretation was an unnecessary and even misleading assertion by the OECD.

The Future of ‘Physical Presence’

We always like to conclude our interviews with experts with a simple question, which we also asked of Arvid: What does he believe will be the major disruptor or disruptors in his field in, say, the next 5-10 years? Arvid contends that the issues of ‘non-physical presence’ will continue to be a hot-button issue for tax authorities regarding tax rules internationally for some time to come. Arvid further contends that PE will become increasingly obsolete as more business goes online and as more companies no longer require a physical presence in countries, in which they conduct business.

Arvid is convinced about one thing: “The erosion of PE will continue”. As stated before, he believes this is a positive trend. The limits of PE, in his opinion, mean that it impedes international trade. The PE principle does not contribute to neutrality in taxation. In some cases, competitors are not taxed in the same way as their competitors in the very same market. Arvid notes how there is a trending belief that companies should not be taxed according to PE and residency principles but rather on a ‘fairer’ system based on the company’s actual revenue-related presence in the market. He believes this equitable approach will benefit the community. “International trade will benefit from modifications in the PE principle,” he concludes.

As with most other experts in the legal/taxation fields that we’ve interviewed, Arvid agrees that artificial intelligence (AI) and other digital developments will no doubt change the tax scene in the coming years. However, Arvid also had this to say: “Everyone who’s asked about the future always thinks about what we know today. Very often the issues of the future are not even known today, so we cannot often predict what future trends will be”.

With that, Arvid makes a very interesting observation and a compelling point. Predicting the future can indeed be a fool’s game since we often cannot even imagine future, mega risks. How can we if they are essentially unknown? If anything, isn’t that exactly what the COVID-19 pandemic showed us?\ 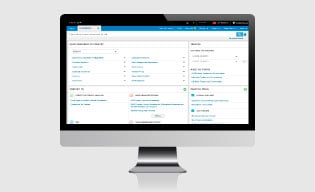