Mobile Industries Urgently Call for an Upgrade of the Tax System

Arvid Aage Skaar wrote the first comprehensive analysis in English of international case law on a then 100-year old principle: permanent establishment. Almost thirty years later the Norwegian tax professor is about to finish a new version of his PE-bible.
A lot has changed in the field of international business. The basic explanations and interpretations have not changed that much, but there is a need for a different set of rules because of the digital economy. If we are to use the same rules today, people will think international taxation is unfair.
Arvid Aage Skaar, Norwegian tax professor and author of ‘Permanent Establishment’ (PE), a foundation for rules on international taxation
The 100-year-old principle ‘Permanent Establishment’ (PE), a foundation for rules on international taxation, was studied intensely by Arvid Aage Skaar (68) at a young age. In the 1980s he was travelling between the copy machine and piles of books in libraries in many countries, trying to find a resolution to a poignant issue his home country Norway was dealing with.

A lot of money and wealth was extracted by foreign companies in the off shore industry. ‘The oil and gas industry, a very vital part of the national economy, was in the hands of foreign companies at the time,’ he recounts from his office at the University of Oslo where he returned as a professor after retiring as partner from one of the leading law firms in Oslo. ‘The Norwegian authorities always had to look if there was a PE in order to be able to tax the off shore companies. It was a big issue here.’

What is Permanent Establishment?

The basic idea of the PE-principle is that countries agree through their tax treaties that they will not tax profits associated with a non-resident’s cross-border transaction, unless those profits are attributable to a fixed place of business within their borders.

Norwegian authorities tried to enlarge the scope of the PE-concept because they wanted a bigger share of the pie, recalls Skaar. ‘They argued that the tax treaty allowed them to do so. But countries like Sweden disagreed.’ Skaar studied the subject for his doctorate thesis. It was the pre-internet era and the academic researcher was travelling to a number of countries to find appropriate sources. He was a visiting scholar at Harvard Law School, resided in Germany for a while and spent time in Amsterdam, Belgium and London.

In 1991 his book ‘Permanent Establishment: erosion of a tax treaty principle’ was published by Wolters Kluwer. More than 450 judicial and administrative decisions from 19 countries were included in the voluminous body of work that became a standard in the industry, with a critical discussion on the notion of `permanent establishment’.

The book pointed to certain solutions that were much needed at the time in view of developments around mobile industries. For example, is a mobile place of business such as a drilling rig located at one specific geographical point when it is drilling at different places for one oil company within a huge, but geographically delimited, area?

Money leaking away in the offshore industry

International unpublished practice indicated a confirmative answer, in spite of the language of the treaties. ‘The OECD came later to the same conclusion,’ says Skaar. ‘The OECD member countries probably reported the same practice in their internal discussions.’

Norway claimed that the local source state should tax almost everything, and this was specifically agreed in all new Norwegian tax treaties. Originally, however, the basis of Norway’s claim to taxation rights in the off shore industry was the tax treaties based on the OECD-model. The Norwegian government had allies in the UK and Denmark, the United States and Canada. Eventually The Netherlands joined Norway in the interpretation as well. Countries like Sweden had no choice but to follow. Later Norway, the UK and the United States negotiated a special provision regarding the off shore business in their treaty. The OECD never made such a clause, but the rule became market standard for some other countries.

Skaar’s book went on to become a standard in international taxation as well. ‘For some reasons it became an important book,’ says Skaar. ‘The book was published in 1991. Because of electronic commerce, ‘PE’ became much more important outside the oil and gas industry. Wolters Kluwer is still selling a few copies on demand now and then.’

The PE issue is more relevant than ever due to the powerful platforms dominating the world economy today: Facebook, Amazon, Google. Platform industries changed the way we look at the concept of ‘permanent establishment,’ explains Skaar ‘Facebook make money off advertising. If somebody wants to sell something in a particular country, Facebook can find the potential buyers and send out targeted advertisements since they have a lot of information about us. Essentially you, the user of Facebook, are the product sold by Facebook to other businesses.’

Facebook doesn’t need to have a PE in a certain country in order to make money. ‘The digital enterprises have an entirely different way of doing business,’ says Skaar.

These companies will normally be taxed in their state of residence (in many cases the United States), explains Skaar, as they will not have a PE in the country where the data subjects live. That is to say: if they make a profit at all as many of the multinationals have tax planning in place. As a result, money is paid out of many countries to end up in a few residence states. This is considered unfair by the market states,. The OECD and the EU are currently working towards a solution.’

The digital economy requires a new set of rules

These recent developments and a huge string of new case law fuelled Skaar’s decision to rewrite the book that defined his career. ‘A lot has changed in the field of international business. The basic explanations and interpretations have not changed that much, but there is a need for a different set of rules because of the digital economy. If we are to use the same rules today, people will think international taxation is unfair.’

Of course, digital platforms are active in many countries. This creates another immediate problem: allocating taxation rights may create a huge administrative burden. ‘Of course,’ agrees Skaar, ‘but as long as a state is earning extra money, it is probably willing to take on the extra work. The companies have to comply with increased compliance burdens. That’s another challenge.’

Some residence countries will have to give away some of their revenues, which may be a hurdle. ‘When money is at stake, everybody disagrees,’ says Skaar.

The allocation of taxation rights and attribution of profits in the platform economy remains the biggest challenge for the OECD in the field of PE today, concludes Skaar. ‘All those industries with high mobility, or no physical presence, create tax issues. Businesses that can move all over the world and don’t have to set up a physical office or a factory are creating problems with the concept of PE as we know it. Market states are trying to tax the drivers of Uber, but they don’t know if they can tax the company. On the other hand, if the company doesn’t make any profit, it doesn’t really matter at this point.

Loss of tax income in the platform industry

I think the concern of the local government is that there is a lot of cash flow going in one direction. Maybe it’s not profit, but it’s a lot of cash flow. When those platforms are able to collect so much money from one country, they should also pay a fee for the infrastructure and public goods that allow them to create such a cash flow.’

A number of market states, among them the UK and Australia, have introduced temporary regulations for digital economies, while the OECD is working on a framework. ‘Under these temporary resolutions a fee is paid to the market state.’

How should the new model for the allocation of taxation rights be laid down in the model treaties? ‘I have no idea,’ says Skaar. That is an issue for the politicians in the OECD. There are different points of view. That’s why they spend so much time negotiating it. Apparently, they have a plan and they have a deadline. The rest of us just have to wait and see what they come up with.’ 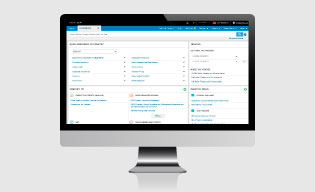