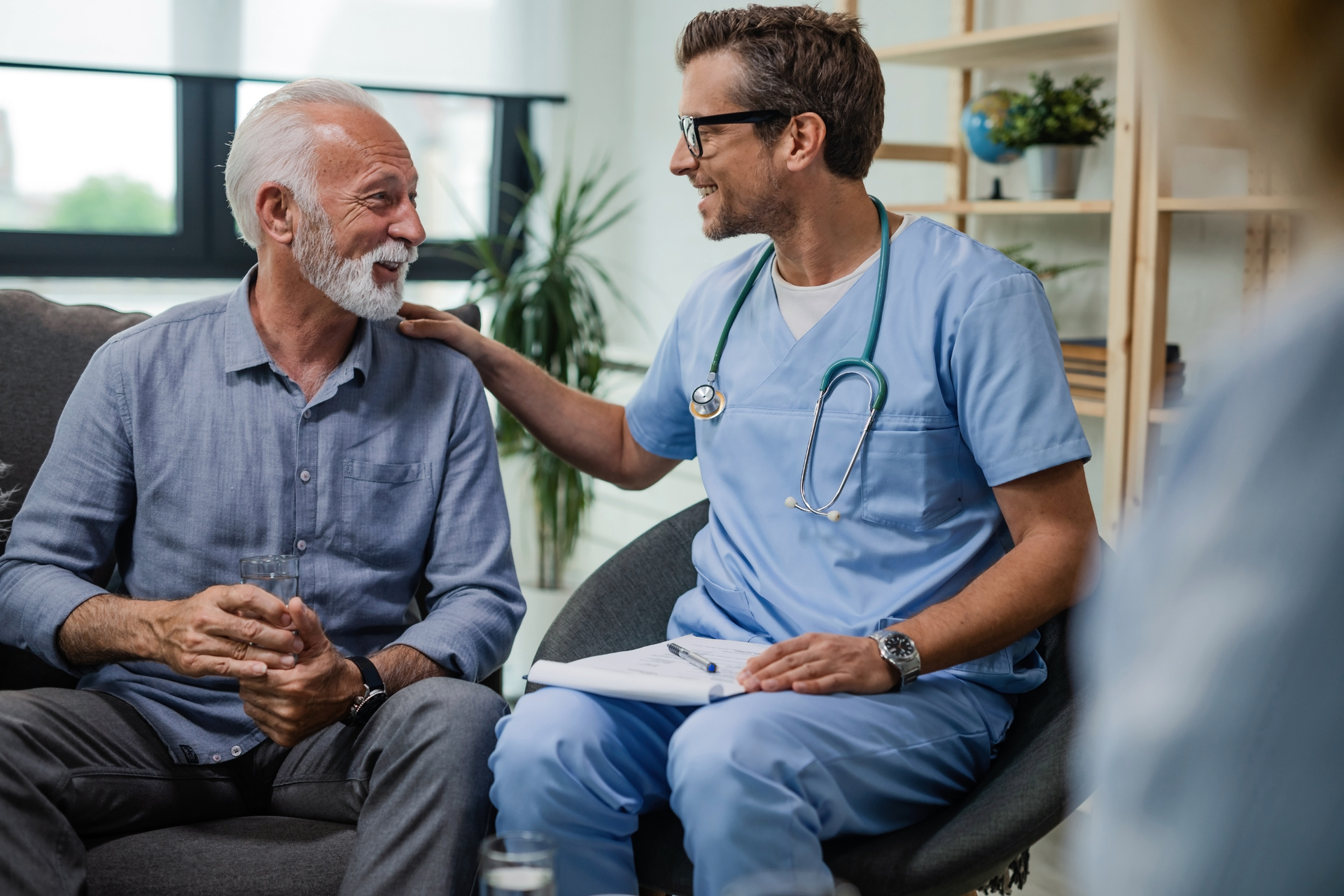 Anyone on the caregiving end of Alzheimer’s dementia (AD) knows that the disease can be heartbreaking, filled with challenges for patients and loved ones alike. Clinically, AD — the most common form of dementia — is equally difficult to navigate.

That’s because by the time someone shows cognitive decline, the underlying damage has already begun, sometimes even 10 to 20 years earlier. As a result, behavioral symptoms together with imaging may be the better predictor of AD. Experts are working hard to redefine the diagnostic toolkit so that providers can intervene more quickly.

In this article, we briefly summarize Dr. Wint’s lecture — but you won’t want to miss the full session. For access to this and other psychiatry education content as well as a free one-minute audio sample, visit the “Alzheimer Dementia” course page.

Dr. Wint begins his session with an overview of the pathology of AD, noting that the condition is typically marked by inflammation and cellular death. Specific markers include intercellular amyloid plaques and neurofibrillary tangles of hyperphosphorylated tau protein. Synaptic and neuronal dysfunction leads to mild and nonspecific symptoms of Alzheimer’s Disease; over time, patients progress to Alzheimer’s dementia.

Because this pathology can happen years before the effects are evident, diagnostic imaging can help detect changes in earlier stages. Such tools may include magnetic resonance imaging (MRI), which can show disproportionate atrophy in the mesial temporal and parietal lobes. Fluorodeoxyglucose-positron emission tomography (PET) can also show bilateral parietal hypometabolism, often extending into the temporal lobes.

Two other diagnostic measures can help detect pathologic changes of AD, but may not be covered by Medicare or other insurers, Dr. Wint says:

Signs of AD include cognitive, psychiatric and behavioral symptoms. While all three categories can affect a patient’s quality of life, Dr. Wint emphasizes that the latter two can disproportionally drive healthcare costs, institutionalization, and caregiver stress. Behavioral and psychiatric concerns may also present before cognitive problems.

“Although cognitive symptoms define the disease, behavioral symptoms really generate much of the misery of the condition,” Dr. Wint says.

Additionally, clinicians should be careful not to misdiagnose other problems as AD. For example, issues with gait, balance, or posture in someone with memory and cognitive issues may not be associated with AD.

AD can affect patient and caregiver quality of life and is particularly tough to diagnose given that damage can happen years before symptoms. In addition to assessing non-cognitive symptoms such as depression or psychosis, clinicians can rely on radiological findings in their diagnostic workups to start management plans as soon as possible.

The bottom line: Don’t always rely on cognitive decline to recognize Alzheimer’s. There may be more to the story.

Get exclusive access to evidence-based audio lectures and written summaries, including suggested readings and test questions.

AudioDigest solutions are certified for CME/CE/MOC credits across 15 specialties, from anesthesiology to urology and beyond.