Vietnam stands out amongst its neighbours in South East Asia for its investment in the educational sector and for demonstrating the important role the private sector can play in raising educational standards. Indeed the developed world has much to learn from Vietnam’s significant investment in “edu-tech” and on-line tutoring.  This has much to do with the region’s cultural respect for education as the only route out of poverty, but it springs also from the necessity to rebuild a broken country which, for much of the period following the Second World War, was devastated by war.

Dien Ben Phu and the collapse of Empire

The communist struggle against French colonial rule ended in the battle of Dien Ben Phu in 1954, following which the French pulled out of the whole of Indochina. The Geneva Accords of 1954 divided the country into two – a communist North under the control of Ho Chi Minh and a South (notionally) still controlled by its Emperor.
Fearful of the “Red Tide” washing through the region the Americans steadily increased their military aid to the South during the 1960s as it fought against a North supported by China and the Soviets. In 1973, having lost about 60,000 troops as well as public confidence in the conduct of the war, America finally pulled out of Vietnam. By then fighting had spread to the neighbouring countries of Laos, where the Pathet Lao came to power in 1975, and Cambodia where the Khmer Rouge came to power in the same year. Also in 1975, North Vietnamese forces finally captured Saigon, the capital of the South. Up to three million Vietnamese soldiers and civilians had died in the conflict. Some of the most memorable images of the era showed Vietnamese, desperate to flee the Communists, being evacuated by helicopter from the roof of the American embassy in Saigon. Over the next decade perhaps a million or so more attempted to escape by boat, with an unknown number of them dying at sea.

From Winchester to Hanoi

Vietnam remained closed to the world for two decades after the fall of Saigon. When the US embargo on Vietnam was lifted in February 1994, Freshfields, which had recently acquired an Asian practice from Coudert Brothers, decided to open an office in Vietnam. Perhaps unsurprisingly, nobody volunteered. Thus it was that Tony Foster, an unsuspecting young scholar of Winchester and Cambridge who had been working out of San Francisco with Coudert’s Asian team, found himself “volunteered” for the role – for no better reason than that he spoke French. He moved to Hanoi in 1994 and remains there to this day, now managing substantial teams of Vietnamese and foreign lawyers in Ho Chi Minh City (formerly Saigon) as well as Hanoi.
A former Chairman of the American Chamber of Commerce, ranked by Chambers as a “star individual”, and praised by one of his peers as the leading practitioner amongst the foreign legal community, Tony has engineered scores of the most important landmark deals in Vietnam over more than 26 years.  As one of his colleagues remarks: “Nothing much of importance happens in Vietnam that Tony isn’t involved with”. Tony’s unparalleled knowledge and experience of business life in Vietnam helps his clients to navigate the unfamiliar issues they face, to interpret the often vague Vietnamese legislation, and to work effectively with the regulators. Happily this combination of legal and practical knowledge is available to a wider community in Tony’s brilliant monograph on Vietnam for Wolters Kluwer’s “Corporate Acquisitions and Mergers”, the latest and most impressive edition of which has been published in July 2021.

Who ate the dog?

Looking back over his time in Vietnam Tony comments: “The Hanoi of 1994, which was effectively the Hanoi that the French left in 1954 plus a few decades of depreciation, full of bicycles, but empty of anything constituting comfort in the conventional sense, no longer exists. For the past quarter century, I have been rooted to the spot in amazement watching the changes. It was constantly exciting to leave the house in the morning to see what had changed physically on the way into the office, or what new regulations had been issued, or what new challenges faced clients that day. And exciting also, when one returned home of an evening, to find out whether the roof was still on, or whether the dog had been eaten. The Hanoi of 2020 is not the same place, still fascinating but a different posting really. The gearless bicycles have disappeared but there are plenty of lycra-clad athletes competing with traffic on their 21-gear reincarnations. Instead of patiently explaining of yore to Vietnam Airlines, in aircraft lease negotiations, why all of their best friends were listed in the sanctions clause, or, in more capitalistic moments, why an IPO was a bit like selling oranges in the market, the country is now in all the major multilateral organizations and has one of the more dynamic stock markets in South East Asia”.

Another factor that has kept Tony in Hanoi for the last 26 years has been the sense of humour he finds in even the most hardened Vietnamese officials, which has turned many a hard day’s negotiation into light work. He says: “One of my earlier party tricks was to annotate Henry Kissinger’s memoirs – all three volumes – to extract his manifold observations on Vietnamese negotiating techniques, which he had had ample opportunity to study in detail in Paris in the 1970s peace talks. These techniques were routinely trotted out by Government and State-owned enterprise alike in the 1990s and 2000s. The Vietnamese on the opposite side of the table invariably found it highly amusing when I would explain to them that they were on page 657 and we would be responding with tactic B on page 680. Some of our negotiations in the big infrastructure projects went on – like Kissinger’s – for years, and we covered a lot of the same terrain”.

Given Vietnam’s commitment to education it is perhaps not surprising that many of the deals transacted by Freshfields over the years have been in the educational sector. Tony had to send his first brace of children to boarding school abroad because there were only two international schools in Hanoi, and they were small and unconvincing. The two children he adopted 15 years later had an international standard campus of 10 hectares, but there was not much choice. Now there is overwhelming choice. The developments and deals going on span universities, international schools, language centres and other vocational training projects.

Again this is not surprising given that Vietnam is a country with almost 100 million people, 70 per cent of whom are under the age of 35, and with a population growing at more than 1 million people a year. The economy has been growing over the last decade at an average of 6.5 per cent a year (that is until the Covid-affected anomaly of 2020, when growth was a mere 2.91%). Vietnam is increasingly open to foreign investment and, although many sectors remain controlled, education is a sector where a foreign investor can now own 100% of the business.  Thus, education businesses have performed well for many years and continue to do so. “Edu-tech”, another sector in which Freshfields has developed a significant practice, has become ever more important as Vietnamese schoolchildren of the Covid era, increasingly participating in lessons over Zoom and Google, develop into masters of on-line learning.

A land of entrepreneurs

If Vietnam is anything, it is a land of opportunity. As Tony Foster explains, it will take more than a pandemic to disrupt the energy and drive of the population. The schools are just one example of the determination of the average Vietnamese person to move ahead in life. The same can be seen in every street restaurant, open 7 days a week, 16 hours a day, in the construction industry, which is rapidly transforming (for better or worse) the cities, towns and villages up and down the country, in the logistics and e-commerce businesses, which are cheap and amazingly responsive, and in countless other areas.

The entrepreneurial spirit of the country is visible everywhere. Another more recent example demonstrates the potential for businesses, for investors and for M&A professionals (there are now dozens of deals). In 2020 rooftop solar installations in Vietnam grew by 2,435%, rising from a 2019 base of 378MWp to 9,583MWp, spread across almost 102,000 systems. Another 1,549MWp of ground mount and floating solar projects also went into commercial operation in 2020. And another 38 solar projects equivalent to 2,888MWp did not quite reach operation by the end of last year. The growth was so phenomenal that the incentives for further solar development will have to be amended. The focus appears now to be switching to wind power.
The favourable demographics that drive the growth of education has to be seen alongside the inevitable ageing of Vietnam’s population as overall population growth slows. The ageing of the population will fuel rising demand for healthcare services. When tied to the growing affluence of the population this has led to rapid growth in healthcare, hospitals, clinics and pharmacies. These were largely non-existent when Tony first started in Vietnam. Most expats and wealthy Vietnamese with more than a headache would get on a plane for Singapore or Bangkok. Now the private sector is making significant progress in persuading them to stay in Vietnam and indeed (when Covid ends) to start with inbound medical tourism. This can be seen in the rapid development of major private hospital chains such as Vinmec and Hoan My, both of which have received foreign investment in recent years. International standard pharmacy chains, such as Pharmacity, are now popping up in hundreds of locations.

Over the next years, Tony expects to see continued foreign investment in and acquisitions of private hospital and clinic businesses, and a continued push by these businesses to develop into national chains. This is likely to occur both in general hospitals and clinics, but also in specialized hospitals and clinics (e.g., stroke, dental, and other specialized fields), which are still relatively rare in Vietnam and could present significant growth investment opportunities. If such deals transpire, his team will be standing ready to provide the necessary legal and practical assistance. 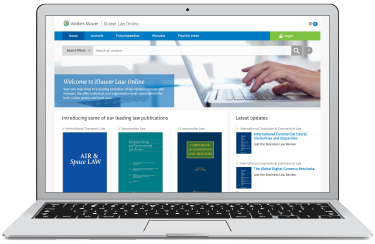 Your one-stop shop to a leading collection of legal and law-related journals and manuals. It offers individual and organisation-level subscriptions for both online access and hard copy.
Visit Kluwer Law Online
Do you want to learn more about Corporate Mergers and Acquisitions?
Corporate Acquisitions and Mergers is your one-stop multi-jurisdictional guide to the local practical issues involved in conducting transactions in a foreign country.