For healthcare professionals recently, it seems like nearly every patient, customer at the pharmacy counter, and friend of your mother's has questions about the same thing. CBD oil.

CBD oils are increasing in popularity and availability. Both CVS and Walgreens have announced plans to start selling CBD oils over-the-counter in stores in select states. The increasing legalization of medical and recreational marijuana and the growing availability of these products are drawing interest from patients who are looking for new avenues of pain management and relief from a variety of other ailments. This increasing availability is requiring healthcare professionals to stay current on the clinical, practical, and legal details surrounding use of these products so they can effectively treat and counsel their patients and consumers.

What’s the story with CBD oil?

These trending products contain cannabidiol, or CBD. In December 2018, the Farm Bill removed hemp from the Controlled Substances Act, which effectively legalized CBD by legalizing on federal basis cannabis plants and derivatives containing 0.3% or less THC . However, the Food and Drug Administration (FDA) retains its authority to regulate cannabis or cannabis-derived products, even if products are classified as hemp.

The FDA states THC and CBD products cannot be legally sold as dietary supplements, and it has issued warning letters to companies believed to be in violation of FDA regulations. The FDA has scheduled a public hearing on cannabis and cannabis-derived products for May 31, 2019.

Consumers should be advised to use caution when purchasing and using over-the-counter CBD products which have not been evaluated by the FDA. These products may contain contaminants, or more or less CBD than indicated on the label, which could be particularly dangerous for children. One study evaluated 84 CBD products that were available for purchase online, using high-performance liquid chromatography (HPLC). Only 30% of the evaluated products were accurately labeled in terms of CBD content, while 43% contained more CBD than indicated on the label and 26% contained less CBD than labeled. In addition, THC was detected in 18 of 84 products, which could not only lead to adverse effects, but could also lead to legal consequences depending on the quantity of THC, as products containing more than 0.3% THC are still illegal under federal law.

Pharmacists are challenged to practice in a time of rapidly changing state and local laws surrounding cannabinoids, which in many cases differ from federal law. You need to know where you stand in your particular region of practice.

The following states have legalized medical and recreational marijuana:

While state CBD laws vary, in general they make it legal for prescribers to recommend CBD oils for certain conditions (such as epilepsy, cancer, and multiple sclerosis). Individual state laws may limit the allowable THC content in CBD oil, permit clinical research, and they may or may not make provisions for legal sale or purchase of CBD.

The role of the pharmacist

Pharmacists are increasingly fielding questions from patients and other healthcare practitioners regarding cannabis and CBD products. Unfortunately, pharmacists receive little to no guidance regarding CBD and cannabinoids during their education and training. A recent survey of California pharmacists conducted by Szyliowicz and Hisenrath found that 57% of survey respondents believed they had “very little” or only “some” knowledge about medical marijuana, and 92% believed more education about marijuana is needed.

Pharmacists should look to their state laws surrounding cannabinoids and pharmacy practice for guidance regarding the legal status of cannabinoids in their practice setting. For more information about the scientific and medical status of cannabinoids, pharmacists should seek out continuing education programs. They can be found in several sources, including Rx Consultant and The University of Connecticut School of Pharmacy, which recently released a free program.

Of course, clinical trials and studies published in peer-reviewed journals will provide the most trustworthy and scientific information. While many websites with information about cannabinoids exist, practitioners should evaluate them cautiously. Information provided on these sites may not be scientific in nature and are frequently sourced by advocacy groups, which either support or oppose increased access to cannabinoids – more often backing them.

To help ensure medication safety, it is always best for healthcare providers, especially pharmacists, to be aware of all the medications, supplements, and herbs a patient is taking. In states where medical marijuana is legal, patients may or may not obtain marijuana from a dispensary. In other states, the method to obtain medical marijuana is not specified. In still other cases, some states (such as Minnesota) may require a pharmacist to be involved in the dispensing process, although dispensing does not occur in a pharmacy.

Unless they are already aware their patients are using an FDA-approved cannabinoid product, or obtaining topical CBD oils sold over-the-counter by a pharmacy, pharmacists should take steps to elicit a complete medication history from patients, including use of cannabinoids. Because cannabinoids can interact with other medications a patient may be taking, it is important for pharmacists to ask about cannabinoid use, either medicinal or recreational, in a non-judgmental manner. Helping patients feel comfortable reporting cannabinoid use will allow the pharmacist to best ensure safety of a patient’s medication regimen.

It is essential for pharmacists to establish a trusting relationship with patients to provide accurate advice about safe treatment. In addition to a non-judgmental, complete medication history, pharmacists and clinicians should to take into account the potential comparative efficacy, medication safety issues, and precautions with these treatments, as with any others.

Medical marijuana and CBD oils have multiple proposed indications, although not all have been well studied. Products that have been FDA-approved have the strongest evidence supporting them, as they have been found to be safe and effective in clinical trials.

The FDA has approved cannabinoid-derived products (either synthetic or cannabidiol) for the following indications:

The Cochrane Database of Systematic Reviews contains reviews of cannabinoids for the following indications:

While the majority of the systematic reviews found insufficient evidence supporting the use of cannabinoids for these indications, evidence suggesting a benefit was found for:

A 2015 systematic review published in the Journal of the American Medical Association evaluated cannabinoids for the following indications:

Common adverse reactions to cannabinoids include:

Cannabinoids are metabolized by the cytochrome P-450 enzyme system, and thus can participate in many drug-drug interactions. THC, the main psychoactive component of marijuana, is metabolized mainly by CYP2C9 and CYP3A4, with a lesser contribution from CYP2C19. CBD is mainly metabolized by CYP2C19 and CYP3A4, with lesser contributions from CYP2C9, CYP2D6, CYP2E1, and CYP3A5. The FDA-approved formulation of cannabidiol, Epidiolex, has clinically significant drug-drug interactions with inducers and inhibitors of CYP2C19 and CYP3A4, as well as clobazam, valproic acid, divalproex, warfarin, and CNS depressants. Thus, depending on the type of cannabinoid a patient is using, drug-drug interactions may occur if the patient is taking another drug that inhibits or induces one of the metabolizing enzymes for that cannabinoid, or has additive pharmacodynamic effects.

In addition, smoking marijuana appears to induce CYP1A2. While it is unclear whether this enzyme induction is due to cannabinoids or smoking itself, drug-drug interactions may occur if a patient is also taking a drug metabolized by CYP1A2. Limited evidence suggests cannabinoids likely do not have a clinically significant inhibitory effect on CYP enzymes.

Some evidence does suggest cannabinoids may reduce opioid requirements for analgesia, although it is not conclusive.

It is possible that cannabinoids improve analgesia and reduce opioid requirements, but it may also be possible that patients decrease their use of opioids in combination with cannabinoids due to adverse effects. Another study conducted in Australia did not find an opioid-sparing effect of cannabinoids, instead finding that patients who used cannabis in combination with opioids for analgesia experienced greater pain severity, greater interference of pain with daily activities, and higher levels of anxiety.

Studies of opioid overdose deaths have found decreased rates of overdose death after legalization of cannabis in Colorado and throughout the United States. In the two years following legalization of recreational cannabis in Colorado, opioid-related deaths decreased by more than 6%. In another study of the United States from 1999-2010, states allowing access to medical cannabis had a 28.4% lower mean annual opioid overdose mortality rate compared to those states that do not allow access.

Wherever you practice, it is important to be aware of your state’s laws and regulations and your organization’s policies regarding cannabinoids. Pharmacists need to stay current on health and safety issues and indications regarding medical marijuana and CBD oil in order to help answer the increasing number of patient and colleague questions and facilitate non-judgmental discussions around safe cannabinoid use. 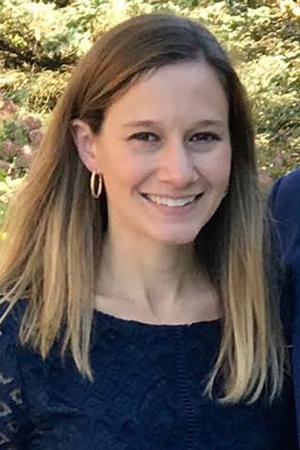