Automation improves the riskiest functions in the hospital

High-profile patient safety cases are shining the spotlight on one of the most crucial components of hospital care delivery: sterile compounding.

In 2012, a single meningitis outbreak killed 64 people in 20 states and sickened more than 750. The cause? Contaminated compounds. In the wake of this outbreak and other high-profile incidents that caused patient harm or death, stakeholders, the public, and governmental agencies are demanding higher standards of care.

A 2012 study published in the journal American Health & Drug Benefits reported that preventable adverse drug reactions related to compounding errors cost up to $5.1 billion annually in the United States, an average of $600,000 per hospital. Direct costs don’t include medical professional liability or the reputational cost of a hospital when there’s an error, especially in a high-profile event like a meningitis outbreak.

As sterile compounding practices come under increasing scrutiny, state pharmacy boards, together with national accreditation organizations, are raising the stakes by tightening quality standards. This increases the national focus on quality assurance and controls within the hospital, making it a priority to implement effective compliance initiatives and automate the manual processes that have plagued pharmacy environments.

If pharmacy is to maintain control over this area of its practice, then pharmacy must pursue full compliance, while also moving aggressively to implement documented best practice…
CriticalPoint’s 7th Annual National Survey of Sterile Compounding Practices

More than ever, healthcare organizations need to recognize the risks and opportunities associated with sterile compounding and take action to achieve compliance and optimize patient safety.

Automation holds the key. Going forward, pharmacists who oversee this critical aspect of care delivery in today’s hospitals need access to expert guidance and the right advanced technology platform to confidently navigate the complexities of compliance and standardize around best practices. Automation platforms can simplify and streamline these compliance processes, including the risk management and quality assurance practices necessary for a safe and efficient sterile compounding environment. Combined with a more comprehensive approach that includes proper policies and procedures, competencies and staff training programs, patients can be protected from the risks of hazardous drug compounding. 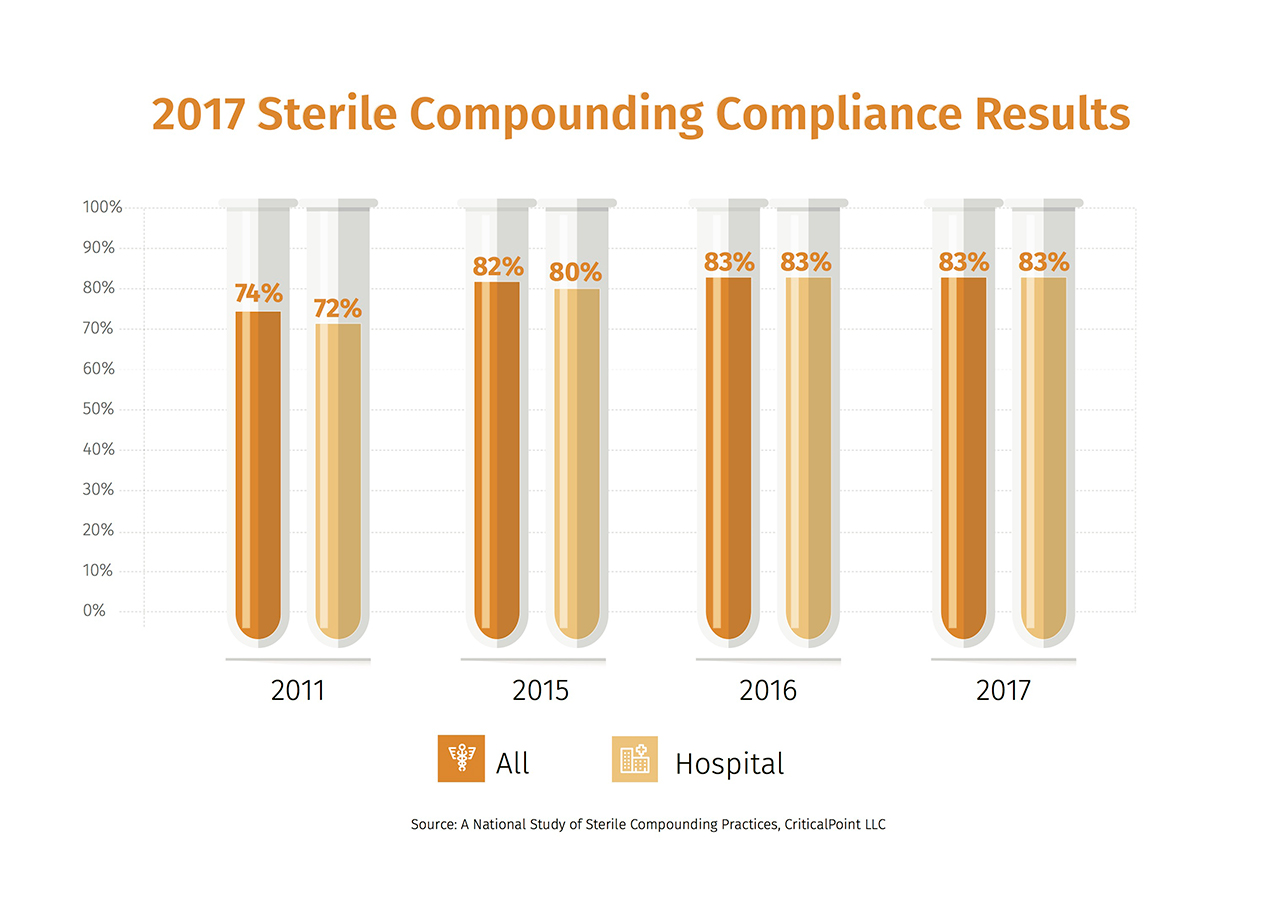 Trusted real-time alerts and evidence-based guidance to ensure at-risk patients receive the right care at the right time, every time.