Think back to your first job as a registered nurse. Were you prepared for the realities of nursing? Or were you, like so many others, hit by “reality shock” when you learned what being a nurse actually meant?

There are huge discrepancies between nursing school and the workplace. School familiarizes nursing students with the fundamentals of practice, but many feel like they’re thrown into the fire when they become employed. As a result, as many as 33% of new nurses leave the profession within the first two years of practice.

To counter this alarming statistic, hospital systems create and implement their own nursing orientation programs. But even after orientation, new nurses still report competency deficits in multiple areas, including time management, delegation, decision-making skills and prioritization. 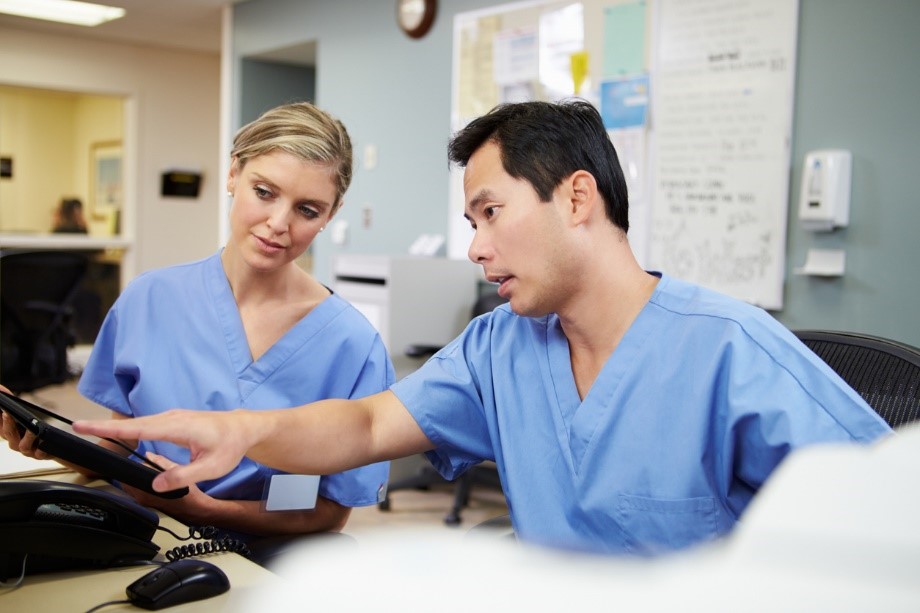 Regardless of practice area, each new nurse completes a mandatory orientation to the facility and health system in which they will work. Many describe this process as monotonous, tedious and flat-out boring. In many facilities orientation means high-level organizational overviews featuring presentations and lectures by members of the executive team and nursing leadership. Instead of engaging new employees, this process often relies on slide presentations or self-learning through individual computer work.

But it doesn’t have to be this way. Lehigh Valley Health Network, a multicampus system in Pennsylvania, pioneered a new interactive, more engaging orientation. The new process, called Navigations: Your Orientation Journey, features two full-day orientation sessions in addition to an initial Connections session that introduced new employees to the facility.

During Navigations, new nurses participate in sessions designed to connect learners to the content and to each other. The new program features action items (such as EHR scavenger hunts), games and “teach-back” sessions to ensure key concepts are learned and understood.

After the first 18 months of implementation, Navigations received a 4.6 out of 5 in learner satisfaction. The program is now recognized throughout the Lehigh Valley Health System network as a success.

Improving orientation outcomes on the unit

Beyond facility orientation, new nurses also have to orient to their units. In many cases, unit orientation is based on an incremental productivity model; the new nurse is paired with a nurse preceptor, gradually increasing the number of patients assigned to each shift while completing total care for each patient. Eventually the pair takes a full assignment.

But this orientation method has problems. New nurses often report they are unsatisfied with their skill set by the end of the process, noting that they haven’t fully developed key skills such as time management. Many find it difficult to be fully productive after orientation ends.

In a large Midwestern teaching hospital, a new type of orientation known as the tiered skills acquisition model (TSAM) was implemented to overcome these barriers to practice. Instead of incrementally increasing a new nurse’s patient load and expecting total care for each patient, TSAM increases nursing intervention skills from simple to complex.

From day one, new nurses take on a full patient assignment with their preceptors. During this time, the new nurse gradually assumes increased role responsibilities based on their demonstrated competence in a variety of skills. Once simple skills such as taking vital signs are mastered, the new nurse is introduced to a new skill of greater complexity. This process is repeated as the new nurse learns and demonstrates expertise with an increasingly sophisticated skill set.

Unlike other orientations, preceptors using the TSAM method propose a targeted number of days in which to complete orientation. This number can be easily modified to accommodate faster or slower learners.

Using TSAM helps to increase the number of patient encounters, reduces the length of orientation time by as much as 18% and helps the facility retain new nurses longer, which helps save money. This method benefits not only the new nurse, but also the unit and the patients to which they are assigned.

Regardless of what model for nursing orientation you choose to implement, it’s important to note where your nursing orientation can be improved. By choosing a model that best suits your organization, your staff and your preferences, you can increase nurse retention and ultimately improve patient outcomes in your facility by keeping it well-staffed — and keeping your nurses well-trained.