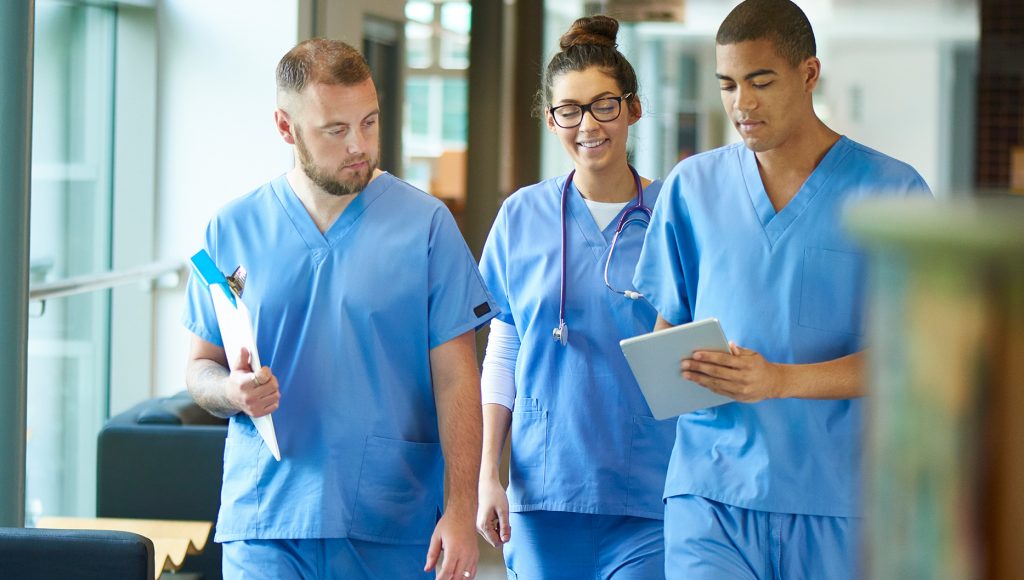 Image via Excelsior.edu
Schools and hospitals are supposed to be places of learning and healing respectively. As a result, violence in these settings is quite shocking but unfortunately occurs far too frequently. Nursing education faces a double risk because violence can occur in both settings.

During my 33-year nursing career, clients have pulled a knife and a gun on me. In 2008, a man holding a four-year grudge opened fire inside Doctors Hospital in Columbus, GA where I worked for 12 years. The man killed three people, including registered nurse Peter Wright. Last year, two of my students who worked at two different facilities experienced active shooting incidents. This prompted me to consider how to prepare my students to deal with workplace violence. I had campus security speak to the class on what to do in the event of an active shooter.

Recently, I spoke with Angela Simpson. Angela often uses a pseudonym on social media as she is a nurse and her husband is a corrections officer. As a newly licensed nurse, Angela was punched in the head by a client as she was administering an antihypertensive. Later at the nurse's desk, she recalled feeling more accepted by the nursing staff, as if she had been initiated in an unspoken rite of passage. She was suddenly aware how dysfunctional the nursing profession was, silently accepting abuse as part of the job. (I couldn"t help but think that most professions with expected hazardous conditions often receive hazard pay.)

When she heard about the nurse who was raped at gunpoint in Delnor, IL, Angela could not be silent anymore. She launched Silent No More on Facebook, challenging other healthcare professionals to work from the inside for positive workplace changes. The group has over 9,000 members, each with their own story of workplace violence.

According to the Federal Bureau of Labor Statistics, half of all nonfatal injuries resulting from workplace assaults occur in health care and social service settings. Workplace violence occurs regardless of facility size. Smaller facilities often lack adequate resources and plans to deal with workplace violence.

As we spoke, I was flooded with more memories of workplace violence during my own nursing career. Nurses are a vulnerable population, predominately female, single, or working night shift. In fact, healthcare workers are five times as likely to be injured on the job as the general working population. Particularly at risk are healthcare workers in the emergency departments, psychiatric units, long-term care facilities, and nursing homes. Nurses/faculty should not tolerate threats, negative comments, sexual innuendos, or other types of abuse.

State, city and local government employees experienced violent crimes in the workplace at three times the rate of those in the private sector. Workplace victimizations against women were less likely to be reported than those against men. Mental health workers experienced simple assaults at rates higher than all other occupational fields except law enforcement (who are armed). 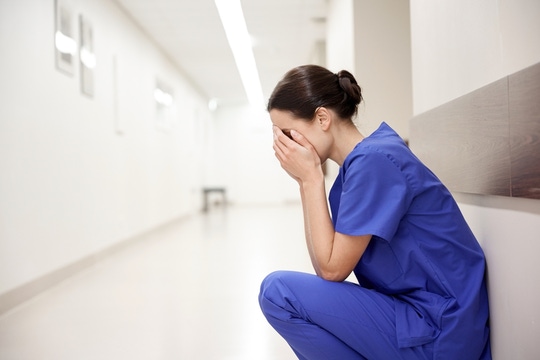 Image via WSNA.org
The level of violence may be higher, since the government figures include only the most serious incidents and incidents may go unreported, due in part to the persistent perception that assaults are part of the job.

Nurses have reported being physically attacked, punched, threatened, verbally abused, and sexually harassed. While clients committed almost all the physical assaults and over half of the verbal assaults, visitors, physicians, and other staff members were responsible for the rest. At minimum, these injuries may result in missed days of work

Stress, poor staffing levels, long working hours, improper training of personnel, and power and control issues all contribute to violence. Nurses are often the first and most frequent medical personnel caring for ill, angry, and/or frustrated clients and family members. It is more important to protect our nursing workforce as the nursing shortage results in understaffing and increases the risk of violence. Fear of violence results in low morale, especially when those in authority do not share nurses” concerns. Outraged nurses may leave the profession rather than fight the system.

Angela saw some of these statistics before she was punched and shared them with her husband. He initially laughed it off, saying, “If it were that bad you would be hearing about it.” Too often these attacks are poorly portrayed in the media initially and follow up is lacking once “nobody is talking about it anymore.”

While 2.7 billion dollars are spent annually in the United States by healthcare employers to prevent and respond to workplace violence, there are no organized, accepted standards. However, the American Organization of Nurse Executives and American Hospital Association created Initiatives Work to Combat Violence.

What can we do? Disciplinary codes are needed. The incidence of attacks on healthcare workers each year prompted introduction of legislation in many states making assaulting healthcare workers a Class C felony. However, in my state, the law applies only to the emergency department personnel or mental health/psych. Additionally, the Georgia Secretary of State Professional Licensure Verification site openly discloses the professional's personal information including name, license number, and address to the general public.

I asked Angela what nursing education could do to prepare students to deal with workplace violence. She mentioned incorporating safety into every simulation or skill. As nursing educators, we have been so good at including client safety and rescuer safety, but have we really incorporated healthcare worker safety?

First, we need to teach students that violence is unacceptable and NOT part of the job. We also need to teach them about the possibility. In retrospect, Angela says she felt as if she was not fully aware of the risk and never gave fully informed consent for the workplace conditions.

We can teach students to assess for risk of violence and how to intervene safely. Some electronic health records now include a potential for violence screening tool. We can incorporate situational awareness and de-escalation in simulation and use standardized clients for potentially volatile situations.

A nurse has the right to press criminal charges when threatened or intentionally harmed by a client. Perhaps an attorney could speak to the class to inform the students of the legal recourse under criminal and civil law. The following are key points from an article I wrote previously on what to do if you are injured by a client: