I am a European citizen and I do European law

Trademark lawyer Verena von Bomhard moved to Spain in 1996 when her firm asked her to open up a branch near the then new OHIM in Alicante. She never looked back. ‘IP-law is just so tangible. I must say I loved it from day one.’
Infringements seldom take place in one jurisdiction. One of the challenges is to find out: where is the root? Can you dig it out somewhere; do away with the problem everywhere?
Verena von Bomhard, Trademark lawyer
It was Spanish that got her into IP-law and a bit of luck, recounts Verena von Bomhard over Skype from her office in Alicante. ‘Before I wasn’t even studying law I learned Spanish. This was very unusual for Germans at the time, especially for southern Germans, as they would normally travel down south and learn Italian. At the time I spoke Italian and French, so I thought ‘let’s do Spanish.’ At the time she was 19 and could have never guessed the impact that choice made on her career.

After graduating in Munich in law the founder of Alicante-based firm BomhardIP started working in public administrative law in Germany. ‘I was doing a lot of regulatory work, advising companies on environmental law. ‘Not what you envision to do as a lawyer that’s passionate about the environment.’

She did not quite identify with her work but her then firm, which was in part specialized in Intellectual Property-law (IP-law), decided to open up an office near the then new Office for Harmonization in the Internal Market, which had its seat in Alicante and later became the European Union Intellectual Property Office (EUIPO). ‘They were looking for someone who spoke Spanish within the office and I was the only one who did.’

Accepting the offer to open up the new office in Alicante not only meant moving there in 1996, but also shifting her practice from environmental law towards IP-law, more specifically, Trademark Law. Luckily, she loved it from day one. ‘It’s fun. It’s very tangible. You deal with big brands that are household names on a daily basis. Trademark lawyers are fun. During conferences we can easily talk about concepts and understand each other as trademark law is highly globalized.’

Von Bomhard has been involved with EU trademarks from the very beginning and has extensive experience in all matters relating to prosecution and enforcement of EU trademarks and designs, including handling proceedings before the General Court and the Court of Justice of the European Union in Luxembourg. She advised clients like Pepsi, Beiersdorf and LEGO to name but a few. ‘Infringements seldom take place in one jurisdiction. One of the challenges is to find out: where is the root? Can you dig it out somewhere; do away with the problem everywhere?’

‘Bud’ as in Budweiser

One case that had a big impact on her career in particular was the Bud case before the European Court of Justice. The dispute between Czech brewery Budějovický Budvar and Anheuser-Busch from the United States, represented by Bomhard, both claimed rights to the name Bud.

The legal dispute had been ongoing for decades and involved numerous court cases around the world. In 1996, Anheuser-Busch filed a European trademark for ‘Bud’. The Czech Brewer opposed this, stating that the use of the name ‘Bud’ was protected in France, Italy and Portugal by means of treaties on the recognition of geographical names designating a product’s place of origin.

Ultimately, the European Court ruled in favour of the American brewer, arguing that the Czech brewery could not rely on treaties of recognition alone; the signs should have been sufficiently used in the country as well. Von Bomhard: ‘We won based on the rule that if you have non-registered rights or non-trademark rights they can be held against European Union trade rights but only if the use is of more than mere local significance.
Any little shop-owner can put up a sign in the heartland of some far away country, which may give it trademark rights under local laws, but it should not be blocking the use of trademark rights in a market of 500 million people.’

Registration of a trademark after Hauck

When we speak, she is about to head to the biggest Trademark Conference of the year. She highlights some subjects that will surely be touched upon during the conference.
A landmark judgment that gained quite some traction on the Wolters Kluwer-Trademark-blog that Bomhard co-edits, is the Hauck judgment, she says. ‘In the late 80’s the European legislator decided to harmonize European trademark law and open up the concept of trademarks to product appearance, including shape. After that there was some push back and the carve out for shapes with a function has been interpreted ever more broadly,’ explains von Bomhard.

A couple of years ago Norwegian manufacturer of ergonomic furniture Stokke found that Hauck had infringed the shape mark for its world famous ‘Tripp Trapp high chair (for children). Hauck successfully argued that the shape mark invoked by Stokke was invalid, because of the aesthetic functionality of the chair. By applying the interpretation of the European Court of Justice, the Amsterdam Court of Appeal ultimately considered Stokke’s shape mark to be null and void. Confusing, according to von Bomhard. ‘Trademark lawyers are definitely looking at the question where the boundary of trademark protection is when it comes to shapes. Can others copy your chair?’

Several follow up judgments, especially on lower levels, show a further narrowing of the criteria, says von Bomhard. ‘There is a growing scepticism towards trademarks (unlimited in time) that are thought to be used to protect subject matters that could also be protected by other types of law that are limited in time. Rather than telling others to invent their own shapes, others are now told they can copy your shape as long as the consumer wants to find it. Yes consumers want to find this shape, but they also look for the quality they associate it with, and if that quality is not found, they are confused.’

Trademark trolls and bad faith claims
The EU is a first-to-file jurisdiction for trademarks. In principle, you can only establish a trademark right by filing it with the relevant authority. The mere use of a trademark normally doesn’t give you any rights, nor does it give you protection as it does in the United States, explains von Bomhard.

A big issue in the globalized digital economy of today are so called ‘trademark trolls’. ‘They skim the internet, looking for trademarks used outside of Europe in order to register them here. ‘In that case, the only escape you can invoke is bad faith, says von Bomhard. ‘If the other party knew of your rights and simply wants you to pay money, you can raise that argument. However, a first trademark user has to prove everything: bad faith, copying, the intention to use the trademark for aims other than trade and so on. I am in favour of shifting the burden of proof at an earlier stage to the person who filed the trademark when somebody else was already using it visibly on the internet. For the domain grabbers, we have UDRP-proceedings and they are fairly easy. We don’t have anything like this for trademark disputes and a bad faith claim is always difficult to substantiate.’

Cactus and specifications of European trademark rights Another topic of (academic) debate is the question how unspecified ‘all-in-this-good’ trademark rights can be upheld against more specific newer ones. In the 2012 IP Translator-case, the European Court of Justice ruled that trademark applicants must specify the goods and services they aim to protect with sufficient clarity and precision. However, some EU member states used to allow trademarks for an unspecified ‘all goods in this class-’category. ‘What to do with all these old more general specifications in national trademarks that are held against a younger more specific mark? If the specification is unclear, it allows for cherry picking by the trademark owner,’ says von Bomhard.

She mentions the recent Cactus judgment (2017), rendered by the European Court of Justice. The Luxembourg supermarket brand ‘Cactus’, in a dispute over two trademarks, claimed that the principles from IP Translator should not apply to marks that were registered before the ruling was handed down. The European Court of Justice agreed. Von Bomhard does not. ‘I think lack of clarity should always go to the detriment to the person who relies on the registration. That would be an incentive for these registrations to be clarified and made more precise. The Court sometimes gives overly broad protection to overly broad specifications. It fails to look at the general interest behind the system and only takes into account the technicality of the trademark rules, rather than developing an overall rule that could extend to all these cases.’

In the future she expects a significant chunk of her work to continue to be clearance work, making sure trademarks that are going to be registered are not already owned by someone else. She will be staying in Alicante, close to EUIPO, she says. ‘Yeah, I am not moving. I am not a lawyer in Spain, I am a lawyer in Europe. I would not mind living in Germany. I am a European citizen and I do European law. However, even if I didn’t make a conscious decision to leave Germany, I did make a conscious decision to stay.’
expert insights 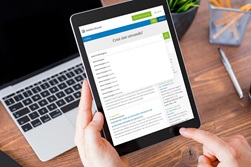