By: Daniel S. Streetman, PharmD, MS
As news about COVID-19 changes every day and the world awaits the distant promise of a vaccine, healthcare workers are now focused on the daily realities of treating the disease. This is, like everything else about the pandemic, an informational moving target. Every day there are new ideas, new evidence, old possibilities are disproved, and clinicians and researchers in trenches share the benefit of their experiences

For those of us who work every day evaluating studies of different therapies, we believe it is essential that even as we monitor information and best practices about the most effective and efficacious treatments for COVID-19, we must also pay attention to emerging evidence about potential interactions.

In this article, we’ll look at some of the recent news regarding interactions in compassionate-use antivirals and other treatments for COVID-19. But, as news will no doubt change quickly, please keep up with our reports and other FAQs about coronavirus at the Wolters Kluwer Clinical Effectiveness COVID-19 Resources open access page.

Remdesivir (GS-5734) is an investigational nucleotide analog with broad-spectrum activity against several coronaviruses that is being made available for treatment of some patients with COVID-19 infections either as part of a formal clinical trial or in response to a compassionate use request. A current review of available information has not identified any clinically significant drug interaction concerns, but given its investigational status, limited published information is available. A more specific review of its potential for drug interactions is highlighted below.

Very little information about remdesivir is available, including limited information about its pharmacokinetics (absorption, distribution, metabolism, and elimination). Consequently, it is difficult to predict whether other medications may impact its concentrations or distribution, or whether remdesivir itself could alter the pharmacokinetics of other medications a patient may be receiving.

Although initial treatment protocols described remdesivir as possibly being sensitive to CYP3A4-mediated drug interactions based on in vitro findings, no clinical interactions with CYP3A4 are expected, as remdesivir is primarily metabolized by hydrolase in vivo. Remdesivir appears sensitive to plasma esterases, suggesting esterase may be responsible for at least some metabolism of remdesivir in vivo. Further, in rhesus monkeys, remdesivir was shown to be rapidly distributed into peripheral blood mononuclear cells where it was converted to the active nucleotide triphosphate metabolite. These findings support a generally low risk of significant pharmacokinetic interactions as these metabolism and distribution pathways are not commonly implicated in such interactions. Remdesivir has been described as being structurally similar to tenofovir alafenamide, which is subject to some transporter-mediated pharmacokinetic drug interactions. As a result, pharmacokinetic interactions cannot be completely ruled out without more specific data, and it seems prudent to minimize the concurrent use of any nonessential medications whenever possible.

What is known about the remdesivir mechanism of action does not suggest any obvious pharmacodynamic drug interactions (interactions where a drug alters the effect of another drug more directly, such as via changing the way a drug binds to its target). Remdesivir is a nucleotide analog inhibitor of viral RNA-dependent RNA polymerase. Other nucleotide or nucleoside analog antivirals, as well as the direct-acting RNA polymerase inhibitors, have few pharmacodynamic interactions, including none that would clearly extend to other drugs with a similar mechanism such as remdesivir.

In addition to its antimalarial and immunomodulating actions, hydroxychloroquine has been shown to be active against SARS-CoV-2 in vitro. The major drug interaction concern with hydroxychloroquine is its ability to prolong the QT interval, possibly increasing the risk for arrhythmias or other serious clinical effects, and this risk may be greater in patients being treated for COVID-19.

However, many publications in the past weeks have described the potential cardiac risks of hydroxychloroquine, particularly when combined with azithromycin, which itself is categorized as a moderate risk QT-prolonging drug. While our own review of collected postmarketing data has found nothing compelling enough to support a change in our overall assessment of the QT prolongation risk classification for hydroxychloroquine in patients without COVID-19, the risk of drug-associated QT prolongation may be greater in patients with COVID-19, since infection with SARS-CoV-2 has been associated with adverse cardiovascular effects. Thus, several guideline panels, including the American College of Cardiology, recommend that patients with COVID-19 who are being treated with hydroxychloroquine discontinue any non-critical drugs that can prolong the QT interval. In addition, these patients should be monitored closely for evidence of significant QT prolongation, particularly when used in conjunction with other agents that prolong the QT, such as azithromycin.

Interleukin-6 (IL-6) pathway inhibitors such as tocilizumab, sarilumab, and siltuximab are being studied for their potentially beneficial ability to limit the cytokine response that may be seen in some patients with COVID-19. One unique drug interaction consideration with these drugs is their impact on drug metabolism. Inflammation itself has been shown to impair hepatic drug metabolism, and studies of IL-6 inhibitors have reported 36% to 57% reductions in exposure to some CYP3A4 substrates following just one dose. Exposure to CYP2D6 and CYP2C19 substrates has been reduced by 5% to 28%, respectively. Although these effects are thought to reflect remediation of cytokine-associated reductions in drug metabolism, the precise etiology of these changes is unclear. This raises some question about whether these effects would apply to all disease states (including COVID-19). In addition to these effects on drug metabolism, all of these drugs do impair immune function to such a degree that live vaccines should not be given to patients who are being treated with an IL-6 pathway inhibitor.

Several other medications are also being investigated or discussed as possible treatments for COVID-19 infections. These include (listed alphabetically), but are not necessarily limited to:

Full interaction profiles and other supporting information for nearly all of these agents are included in Lexicomp and other Wolters Kluwer solutions. Drug interaction considerations for some of the drugs with the most significant interaction concerns and for the most widely discussed or newer agents are highlighted below.

These agents are anti-HIV protease inhibitors and have a large number of significant drug interaction concerns. Both lopinavir/ritonavir and darunavir/cobicistat are strong inhibitors of CYP3A4, as well as being inhibitors of other drug-metabolizing enzymes and drug transporters such as P-glycoprotein (in fact, ritonavir and cobicistat are pharmacologic "boosters" that are used to intentionally inhibit drug metabolism). These are also substrates for CYP3A4, raising drug interaction concerns when combined with enzyme inducers such as the rifamycins or enzyme-inducing antiepileptic drugs.

Favipiravir is an RNA polymerase inhibitor. Most drug interaction concerns with favipiravir are of minimal or uncertain clinical significance. It has been shown to increase acetaminophen exposure by approximately 20%, which is unlikely to be significant for most patients. One case report describes significant QT-prolongation, but the patient had several other risk factors for QT interval prolongation that call into question the role of favipiravir. Additionally, a single-dose controlled study showed no significant QT prolongation. Favipiravir is metabolized by aldehyde oxidase and also inhibits this enzyme, but there are no known clinically significant drug interactions involving this mechanism. Despite its inhibition of its own metabolism, concentrations of favipiravir have been shown to decrease during therapy, and the mechanism for this is not known. Favipiravir is also a weak CYP2C8 inhibitor, but this is unlikely to result in many clinically significant interactions.

Umifenovir (also widely referred to in published articles by its brand name Arbidol) is a broad-spectrum antiviral that appears to inhibit viral entry but may also have other antiviral actions. In vitro studies have concluded CYP3A4 and FMO3 are the primary enzymes responsible for umifenovir metabolism, suggesting that inhibitors and inducers of CYP3A4 may cause potentially significant interactions. Considering the large numbers of such drugs, there may be many clinically significant interactions that could result in either increased or decreased umifenovir concentrations and effects. Umifenovir has also been shown to be both a substrate for and possible inhibitor of various UDP-glucuronosyltransferase (UGT) enzymes, but the clinical significance of such effects is not clear.

Drug treatments for COVID-19 will evolve with our understanding of the virus. The drug information team at Lexicomp will stay current with emerging evidence and published literature to help support your decision making during this critical time for healthcare professionals and patients. 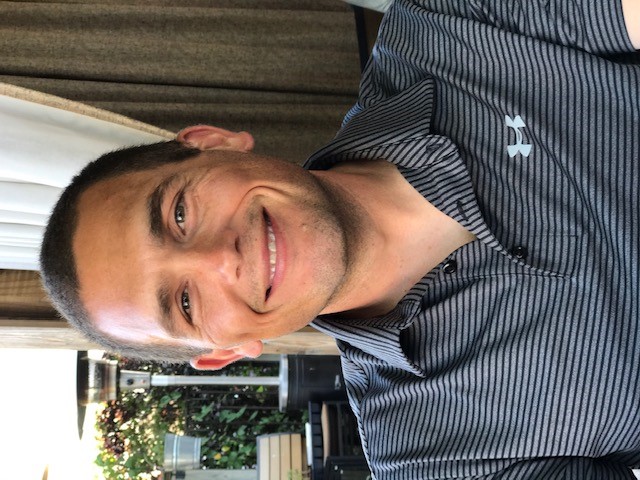