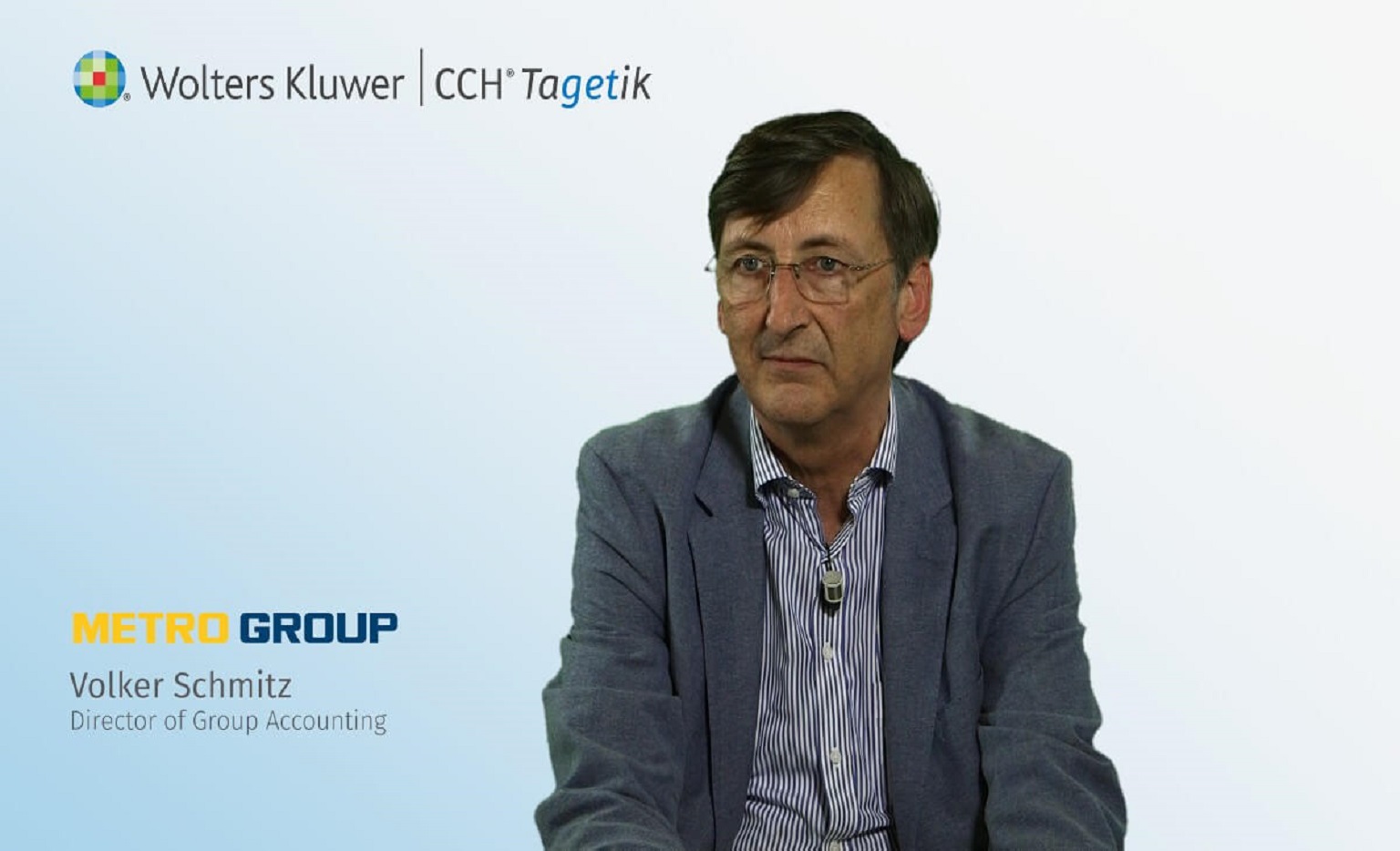 Voir la vidéo
Request A Demo
Demander Une Démonstration
The pain points that we had with our former system were that the grade of automatization was pretty low, which meansthat we had a lot of manual data entries when it comes to producing consolidationsteps, or cash flow statements, or third-party results and equity,effects that had to be calculated … you have to do a lot of manual work and manual entries andyou were not really able to produce simulations or create scenarios in which you can showhow your company group would look like under different rules and one that you apply at the moment.

We worked on thesearch for another consolidation product and finally found out that CCH Tagetik would fit best.

The complexityis clearly driven by the huge amount of different companies that are part of Metro Group, as I said we have three different sales lines operating in almost 30 countries in the world, that means 220.000 employees from about 170 nations, very diversified in languages, in currencies that we have to deal with……and this makes the consolidation project very complex.It is the group consolidation that is done with the consolidation project, the statutories are made with almost 20 different ERP systems, locally in the countries, and those have to be harmonized and the data processing has to beorganized globally by collecting the data from those 20 ERP systems which arerun in 480 reporting units ….

all that have to be collected in the headquarter in Germany.We were most impressed with the flexibility that CCH Tagetikshowed when it came to using it in the actual reporting … building different scenariosand being able to simulate situations to plan and see how things would have looked likeif the basics were changed.

It wouldn't have been possible with the former consolidation system we used, and there we seethat CCH Tagetik's flexibility is very impressive.

What I can say is that we are very satisfied with the performances that we see,we almost already now see a clear relief, in the workload that we have efficiency is growing and complexity is lowered, now that we use CCH Tagetik.