Less than 1% of Americans can identify symptoms of sepsis, which is the leading cause of death in US hospitals.

September is Sepsis Awareness Month. It’s the leading cause of death in US hospitals, yet 4 out of 10 Americans have never heard of sepsis.

Since 2011, Sepsis Alliance has encouraged organizations, health care systems, and individuals to use this month to intentionally shine a spotlight on sepsis. Every year, sepsis kills more than a quarter million Americans. That’s more than prostate cancer, breast cancer, and AIDS — combined.

Tragically, many of those lives could have been spared with improved public awareness, according to Sepsis Alliance.

“For people to suspect sepsis and get treatment, they need to first understand what it is and how it manifests itself,” said Steven Simpson, MD, FCCP, FACP, chief medical officer for Sepsis Alliance.

Although sepsis awareness is improving (a recent survey of 2,000 adults found 58% had at least heard of sepsis; that’s up from just 19% a decade ago), there is still a significant knowledge gap about what sepsis is and how it presents. 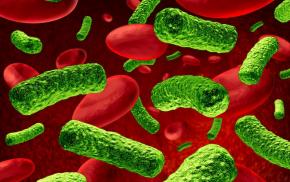 Here’s what Americans need to understand, according to Sepsis Alliance.

Sepsis Alliance offers free posters and infographics for spreading the word to patients and families. Post one in a public area or on your social media account today to raise awareness — and perhaps save a life.

In recognition of Sepsis Awareness Month, our colleagues at NursingCenter have assembled a FREE Sepsis resource center with an assortment of infographics, blogs and videos.  Check it out HERE:

The Lippincott Solutions institutional software also contains robust decision-support and CE lesson content on Sepsis which serves clinicians at the bedside, in the classroom, and during research.

Click HERE to watch an animated video that shows the ‘flow’ of evidence-based information from a Sepsis diagnosis thru our industry leading software.