With the recent trend towards consolidation, learn 3 benefits of hospital mergers and how this affects costs.
Across the country, hospitals are turning to mergers, affiliations, and partnerships to navigate the changing health care landscape. Health system mergers and acquisitions are key indications of which health systems are thriving and which are falling behind. 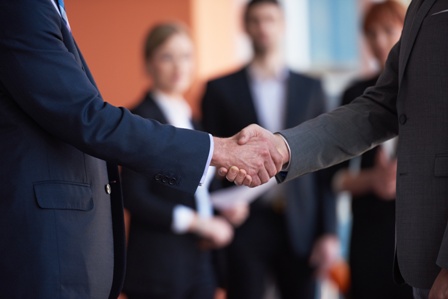 The consolidation, purchase, or sale of a healthcare facility can aid in lowering costs, increasing patient satisfaction, and expanding the number of services a provider can offer.

But as popular as mergers and partnerships have become—and as necessary as they may be in some cases—determining whether a merger is a success or failure is difficult. For many, the principal concern is how the new partnership will affect patients. Again, the answer is not always clear.

The Robert Wood Johnson Foundation (RWJF) found in 2012 that hospital mergers generally resulted in higher prices, sometimes by more than 20 percent in already concentrated markets. A 2016 Northwestern University Kellogg School of Management study found that cross-market mergers result in price increases of between 6 and 10 percent, even if the hospitals are more than 90 minutes apart. For example, if two hospitals merge into one like a marriage, on average costs are lower, but nothing happens when it comes to quality. Using that same analogy, if hospitals merge and operate as separate systems, similar to a couple getting married but living in separate houses, costs often go up and quality remains the same or decreases.

3 reasons why merging is advantageous

1. Mergers are seen as a way to help struggling hospitals through tough times. Small, not-for-profit and other types of hospitals seek mergers for a range of reasons as the atmosphere to stay afloat grows tougher. Not-for-profit hospitals throughout the U.S. are reducing unprofitable services while expanding more lucrative lines to help protect margins. Some of the money-losing services that have been reduced include behavioral health and patient education services, while investing in services that deliver profits like neuro-surgery and interventional cardiology.

When merging with a larger system, smaller facilities can get help with capital needs, as well as technology and infrastructure upgrades.

2. Smaller hospitals can learn and develop new healthcare models. Covering uninsured patients’ expenses, coping with diminishing government reimbursements, and the challenges of healthcare reform are forcing hospitals everywhere to look at cost effective ways of managing care. Merging plays an important role in allowing hospitals to experiment with innovative new forms of healthcare, such as the accountable care organization.

3. Merging can strengthen a facility’s relations with the community. A hospital serves its community and in doing so should keep the community informed on the development of a merger. If a hospital changes from nonprofit to for-profit, for example, it can result in reduced charity care and the ability to meet other local needs. Other issues may arise if a religious-based hospital system merges with a non-affiliated system. Mergers and acquisitions can help with community health needs as well as the possibility of new service lines.

Hospital mergers allow for integration of patients’ care through new healthcare models, the ability to take on the financial risk tied with overseeing groups of patients, and the ability to continue providing care to patients in the community.

If your facility is involved in a merger, look for the positives that new ideas can bring.