Is DNP the degree for me?

A look at the pros and cons of earning a doctorate of nursing practice (DNP) degree.

Is DNP the degree for me?

More than a decade ago, the American Association of Colleges of Nursing (AACN) called for the profession to move the level of preparation required to practice as an advanced practice nurse from a master’s degree to a doctorate degree—specifically, the doctorate of nursing practice (DNP)—and to do so by the year 2015. 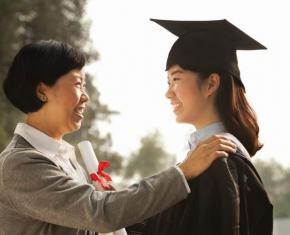 While the past 10 years have seen a subsequent launch of hundreds of DNP programs around the country, the move hasn’t quite caught on as the AACN might have hoped. In fact, many nursing schools are, for the time being, choosing to offer both master’s and DNP routes to advanced practice nursing.

All of which leaves a sizable number of nurses who are considering their options wondering, Is the DNP right for me?

Most educators and professional leaders will, without hesitation, encourage advanced practice nurses and nurses seeking high-level careers with health systems and organizations to earn a DNP. Some practicing advanced practice nurses (APNs), though, question the need to return for a DNP, particularly if you’re satisfied where you are. Both sides have valid arguments for and against earning a DNP.  Here’s a glimpse at their reasoning.

Arguments for a DNP

Arguments against a DNP

In the end, it’s your call

As more nurses and APNs earn DNPs, competition for jobs, state regulations and other factors such as insurer reimbursement rules may sway your decision.  As it stands now, however, the choice of whether or not to earn a DNP is yours.