A closer look at the auto refinance market for lenders

Interest rates. Vehicle prices. Credit scores. These factors all affect the refinance market.  For instance, when interest rates are low, consumers may be more inclined to refinance their auto loan to lower their monthly payment. Lenders have a potential large opportunity for growth through auto finance as it presents a powerful value for consumers. In this article, we explore the types of refinance consumers, the market, its potential growth, and how lenders can refinance efficiently.

First, it’s critical to understand why consumers refinance their auto loans. Those refinancing loans fall into several categories, per TransUnion.

Payment shoppers want to take advantage of lower interest rates or consolidate loans. They want to reduce their APR or extend the loan terms. Refinancing can also reduce or eradicate the dealer markup. Payment shoppers are usually prime, near prime, or subprime. They tend to refinance in either fewer than 30 days after originating the loan or within three to four months of the origination.

Loyalty shoppers refinance to take advantage of loyalty programs, but the structure of the deal doesn’t change. These are the individuals likely to refinance within days of acquiring the vehicle, but most auto refinancing takes place within one to four months of the original financing. The loyalty shopper is generally prime plus or super prime.

Most consumers save between $10 and $30 per month after refinancing. Term extensions average 4.7 months, with the average rate reduction 2.4 percent. When it comes to rate reductions, most consumers are willing to accept small amounts.

The refinance market is heavily tied to decisions made by the Federal Reserve – which  itself is driven by national economic factors. Interest rates drive refinancing, and if interest rates don’t drop, less refinancing typically occurs.

A lack of information regarding the refinance market affects the industry as well. Many people simply do not realize they can refinance their motor vehicle loans. While 62 percent of auto lenders offer refinancing, less than half of buyers know refinancing is an option. Only 12 percent of car buyers have ever refinanced an auto loan .

Lenders need to increase their efforts around motor vehicle refinancing marketing and education. Websites should prominently feature information about refinancing, rather than relegating it to less frequently visited portions of the site or, even worse, not mentioning refinancing at all.

Major players and the refinance market

How much attention the major lenders — such as Bank of America and Chase — pay to the refinance market determines its future. If these big players decide to focus on this market, the industry grows. If they don’t make the refinance market a priority, expect single-digit growth over the next several years.

More lenders are exploring alternative growth options, and that includes motor vehicle refinancing. This is proven by the fact that from 2013-2020 Transunion observed a 10% growth year over year in refinanced loans. Lenders can experience many benefits with refinancing, including the fact that most delinquencies occur within just a few months. That means the consumers who make payments regularly, even for six months or less, are usually low-risk borrowers. Overall, direct loans to consumers outperform loans from dealers.

Summer is the top season for car purchases, and it is also the best season for refinancing. According to TransUnion, auto sales spike an average of 5.5 percent in the year’s third quarter. That’s also when many buyers refinance their car loans, even if the loans originated just a few days earlier.

Many customers look for deals on current models before next year’s vehicles appear in the fall. There’s certainly optimism for growth, but optimal growth won’t occur until issues such as disseminating consumer information and online refinancing are resolved.

Lien Solutions is focused on lenders. We offer accurate, efficient, and cost-effective refinance solutions to facilitate titling with up-to-date expertise for all 50 states. It is important for lenders to accurately and quickly remove the original lien holder and add a new lien holder to the title, change ownership, or perform title and registration in case of a lease buyout. We understand the important aspects of refinance titling challenges. Download our latest ebook on motor vehicle retitling. 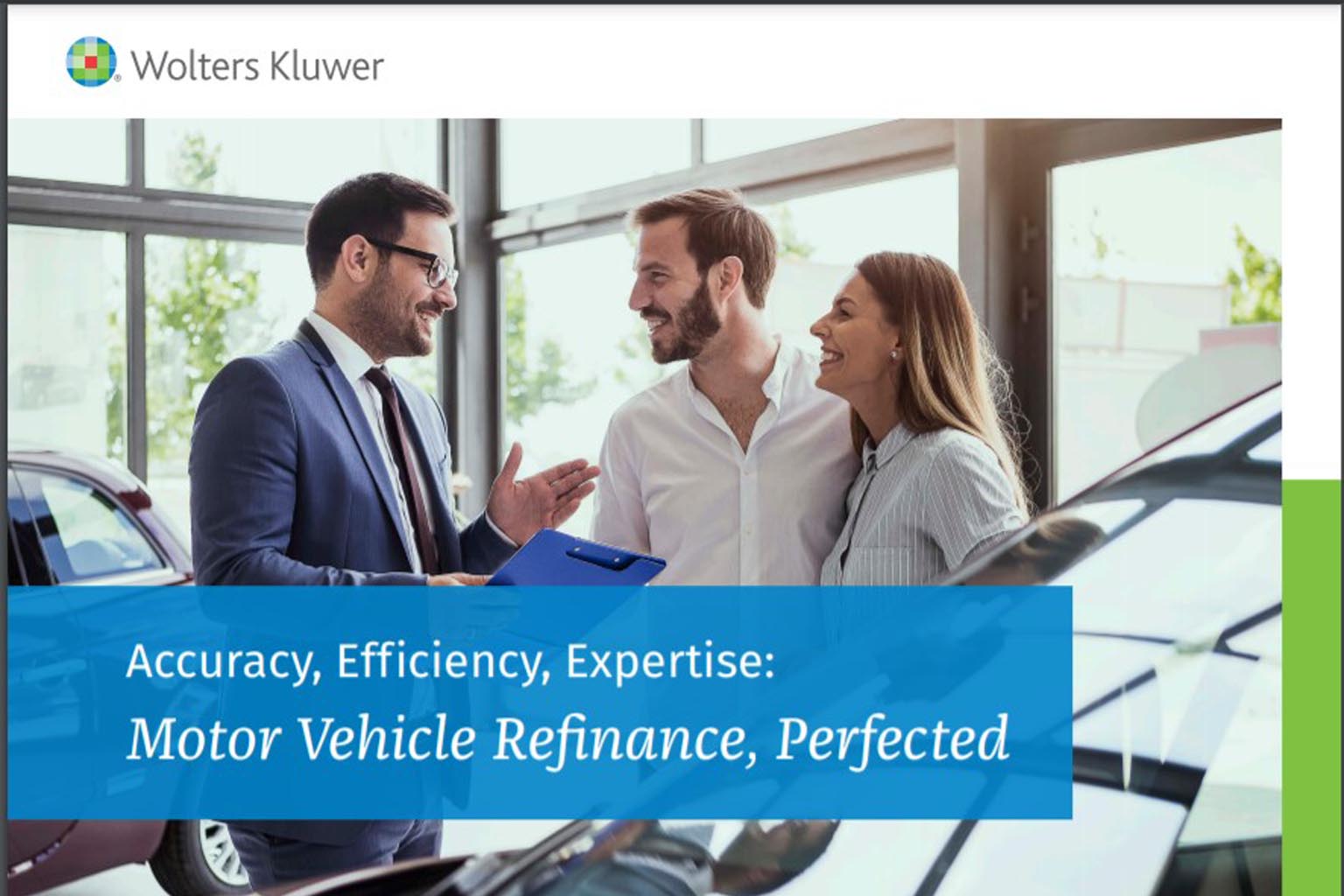 Let us help make sure that titles are processed faster, and with fewer exceptions and missteps
Title and Registration
Learn more
Visit Lien Solutions home page
Visit our Preference Center to sign up for communications
Partnering for perfection in motor vehicle title processing