When the head of internal audit at Köln Bonn Airport realised that his team would not be able to fulfil its duties without more rigorous, consistent processes and more efficient use of data and reporting, TeamMate+ helped him to achieve these objectives.

International airports operate like small cities, explains Alexander Hilgert, head of internal audit at Köln Bonn Airport. They have myriad functions and businesses onsite and tentacles that extend around the world, through their complex relationships with airlines, retailers and authorities. Their risks are varied and many involve third parties, which makes the internal auditor’s role important and challenging. When Hilgert took on the role in 2017, he was keen to bring the function up to date and ensure that it followed globally recognised best practice standards. This transition included migrating from generic tools such as SharePoint, Word and Excel to a secure, automated internal audit software system.

Hilgert had previously worked at Harman International Industries, where he became familiar with TeamMate AM. His new team comprised just four internal auditors, who were responsible for providing assurance and supporting management across the operations of an airport that is Germany’s third largest in terms of cargo, and which welcomed 12.4 million passengers that year. He was immediately aware that they could not provide the service that management required using laborious, manual, unconnected systems.

“There was an internal audit process, but it was not strictly based on the IIA standards,” he explains. “The focus was mainly on operational areas, and trying to implement a true risk-based plan to audit all the airport’s risks and processes with four people was clearly impossible. They ended up revolving around different areas on the plan each year, regardless of the risk to that area, so spent valuable time on risks that were probably very low.”

While he thought that most of the key risks were being addressed in some form each year, Hilgert could see huge gaps where the assurance and support they offered could be far more timely and valuable. To change the way they worked, he needed software that provided a clear template for a risk-based audit plan and enabled them to ensure consistent audit processes and follow-up systems.

Even more urgently, he was not convinced that the existing data was secure and he wanted software that would give him full control over who could access the data and for what purpose. It was also important that users could drill down and extract and compare data to get a clearer picture of what was really happening in different parts of the business.

I wanted better ways to manage the progress of audits and ensure consistency and comparability. We needed to be able to review and compare audits so we could ask questions such as ‘how did this go?’, ‘do we need more resources’, and ‘what can we learn from it to improve other audits?’
Alexander Hilgert, Head of Internal Audit at Köln Bonn Airport

Germany’s airports are mainly owned by central or local government and are therefore subject to stringent tendering rules, so Hilgert highlighted three vendors and drew up his top level needs – things that the software had to have – and some secondary needs that would be good to have, but were not essential.

He initially considered buying software that could be run in-house, but the IT team was overloaded servicing multiple specialist software packages and had no capacity to take on another. This made the prospect of a system that could be hosted, maintained and updated remotely in the cloud an essential requirement.

We selected TeamMate+ and two German vendors to tender. I worked with the IT team to write up our specifications and then the head of procurement, the IT security officer and I judged the tenders against our criteria. The whole audit team sat in the presentations and had an opportunity to discuss the look and feel of each system, so they also had an input.
Alexander Hilgert, Head of Internal Audit at Köln Bonn Airport

TeamMate+ emerged as the only system that met all the top level “A” list of criteria. In particular, it was fully hosted, which was an essential requirement.

The next challenge was to familiarise the auditors with the new software. While one member of the team had used similar software in a previous role, another found it far more challenging, coupled as it was with the introduction of new control processes and audit expectations. The initial learning curve was steep, but once auditors became used to the idea that the entire audit documentation could now take place within a single system and to see how this enabled new ways of working, they began to appreciate it.

A big issue for us was that there was no real-time access to the audit findings and recommendations to management. TeamMate provides this real-time access and automatically sends reminders to relevant managers when tasks become due.
Alexander Hilgert, Head of Internal Audit at Köln Bonn Airport

“Previously, it was time-consuming to follow up and close items – managers would receive a report and be told they had six months to resolve an issue, at the end of this they might say that they needed a further six months, and then eventually they would tell us it had been done and the team would close it. We never had many outstanding items, but equally we had little evidence that issues had actually been addressed.”

Now, he says, the team can see all open items, check the timescales and ask questions about progress. Managers can log into the system and submit evidence of actions and the auditors are automatically notified so they can review the actions and sign the item off once it is checked.

“Managers know that if issues stay open too long, this will appear in a report to the board along with broader questions about whether this creates organisational risk and needs to be escalated. They don’t want this,” Hilgert adds. Even more importantly, it gives the board an overview of risks to the business and areas where issues are not being resolved and helps managers to keep track of where they are against open issues.

Reporting is another significant improvement. Senior managers can see the key identified risks and drill down for details. The reporting process is faster and more flexible and Hilgert believes this has led to reports being more accepted by – and better used – by the board.

The CEO and the CFO are both happy with the information they now get and the way it is presented to them.
Alexander Hilgert, Head of Internal Audit at Köln Bonn Airport

At the same time, the reporting structure has been revised so that Hilgert now reports to the supervisory board, rather than to operational management, and they are using TeamMate+’s dashboards alongside his reports and presentations to get a clearer view of the organisation’s risks.

“I feel now that we are working as a full internal audit team in a way we were not before,” Hilgert says.

The new system and the team’s increased profile within the organisation have proved invaluable during the upheaval caused by the Covid-19 pandemic. The fact that the audit team (and board) can access their data and share documents securely from their homes has been essential while they identified and changed the airport’s risk profile and replanned their audit schedule.

“The file share function and the fact we can still send audit requests and other documents from home has enabled us to keep on track with audits throughout the crisis, as well as helping us to identify new fast-emerging risks caused by Covid,” Hilgert explains. “Overall, although the risks changed rapidly, the business of internal audit could continue remotely.”

From being a small, traditional, back-office function, the internal audit team now has the potential to be a trailblazer to demonstrate to other parts of the airport how things can be done smarter and more efficiently. “We are a gatekeeper in terms of maturity in the organisation,” Hilgert says.

We have shown how one small team can move from paper to digital and have set the standard here for others to follow.
Alexander Hilgert, Head of Internal Audit at Köln Bonn Airport 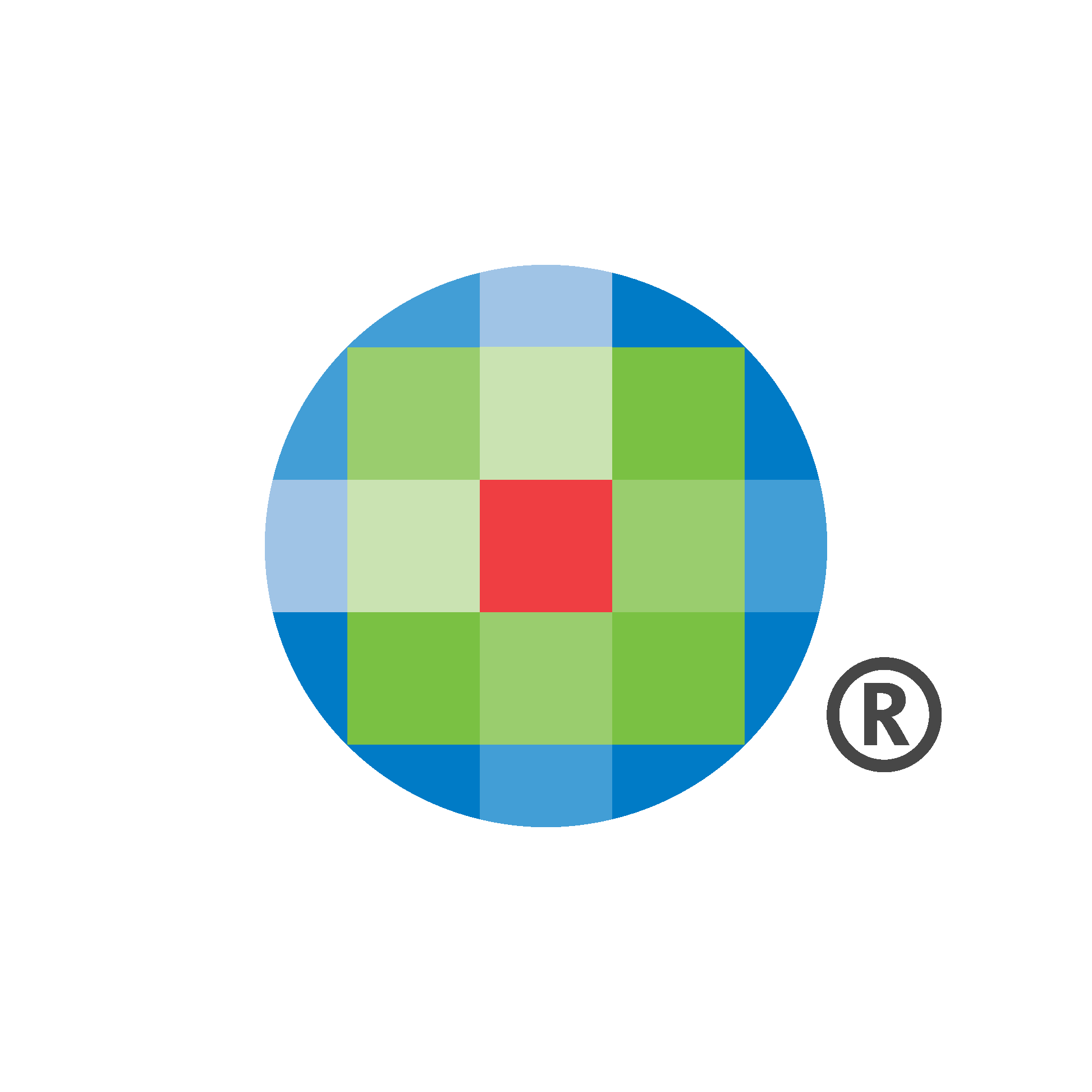 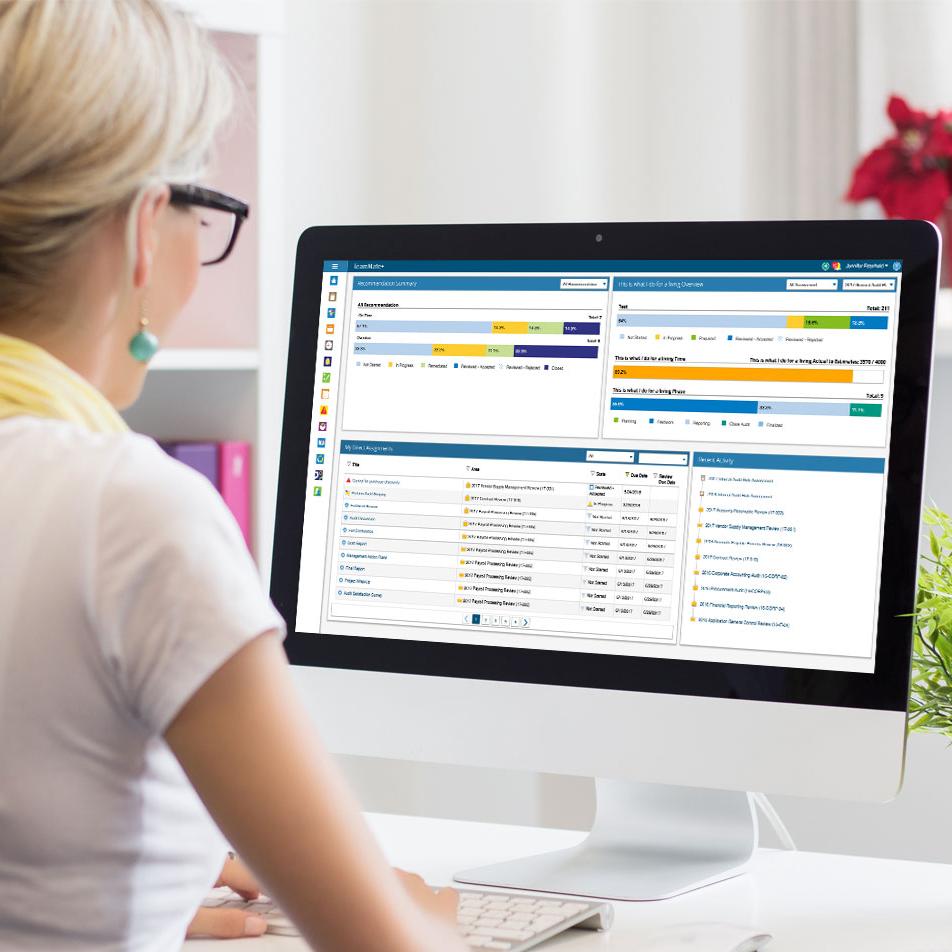