By: Paul Tuohy
A misleading artistic render of an off-the-plan, luxury Melbourne apartment has led to the rescission of a $9.58 million contract to purchase the apartment.

The vendor responded to the architect’s advice by inserting the words “artist impression” on each render.

The vendor began to market the proposed building, offering apartments for sale “off the plan”. The apartment render appeared on the home page of the website for the proposed building, was prominently displayed in a marketing brochure (“the brochure”) and was displayed as a large exhibit on the wall of the display suite that the vendor had set up on the development site (“the display suite”).

The brochure included a disclaimer on page 96 (“the disclaimer”). The disclaimer was in a small typeface and was barely legible against a dark background. It said that that the brochure did “not necessarily depict the finished state of the property” and that no liability was accepted for any loss arising out of reliance on the brochure. It said that illustrations were to be regarded as “indicative only”.

In early 2017, Mr and Mrs Ripani (“the purchasers”) saw an advertisement for the proposed building. Shortly afterwards, they visited the display suite and spoke to one of the vendor’s selling agents (“the agent”). The purchasers told the agent that they were interested in buying an apartment with an outdoor area for entertaining guests.

Afterwards, the purchasers met with another of the vendor’s architects to customise the floor plan for the apartment.

On 23 June 2017, the architect with whom the purchasers had been meeting wrote an email to the vendors. She told the vendors that it was “extremely important … to make [p]urchasers aware of the actual internal/external transition and break-up in glazing that will be achieved, as this is not accurately shown in the … marketing renders”.

On 29 August 2017, the purchasers entered into a contract to purchase the apartment from the vendors for $9.58 million.

On 15 September 2017, the purchasers told the vendors that they wanted the opening between the apartment’s living area and terrace to be as wide as possible. On 4 May 2018, they asked for a 12 m, retractable-door-opening between the 2 areas. However, in October 2018, they were told that the opening could be no more than 6.4 m wide. They were shocked and disappointed to learn this. However, they decided to continue with the contract following assurances from the vendor that 6.4 m was a “worst case scenario”.

On 3 June 2019, the purchasers were told that it was not possible to make the opening any wider than 3.4 m. The purchasers also learned that, contrary to what was shown in the apartment render, there would be a step between the living area and the terrace.

On 13 June 2019, the purchasers wrote to the vendor’s architects and the vendor, saying that the reduction in the opening to 3.4 m was “totally unacceptable” to them. They referred to the brochure, which showed them what the apartment would look like, and said that the “opening between the inside and outside areas is why we committed to this apartment … it is the only reason”. They also said that they had not been told about a step between the living area and the terrace. They said that they felt they had been misled and would not be going ahead with the purchase.

On 22 April 2020, the purchasers commenced proceedings against the vendor in the Federal Court of Australia. Among other things, they sought an order for rescission of the contract of sale under the Australian Consumer Law (“the ACL”) and also under the general law.

Concerning the allegation that the vendors had contravened s 18, the purchasers argued that the representation, being a representation as to a future matter, was taken to be misleading because the vendor had no reasonable grounds for making it (s 4, ACL).

They purchasers alleged that they had suffered “loss or damage” within the meaning of s 237 of the ACL, thereby entitling them to a declaration under s 243(a) of the ACL that the contract of sale was void. They also alleged that they were entitled to an order for rescission in equity for the general law misrepresentation.

The Federal Court gave judgment for the purchasers.

Misleading or deceptive conduct and misrepresentation

The words “artist impression”, the disclaimer and the exclusion clauses in the contract of sale were incapable of correcting the misleading character of the vendor’s representation and negating the purchasers’ reliance on the representation. The words “artist impression” did not suggest that the key elements of the apartment render would not be constructed. The disclaimer needed to be drawn to the purchasers’ attention in the clearest possible way in order to be effective but there was no evidence that this occurred. And the exclusion clauses needed to be expressed in terms that made the purchasers aware that the apartment render was not a depiction of what the apartment would look like when constructed.

The purchasers suffered loss or damage within the meaning of s 237 of the ACL. They suffered the detriment of being induced to enter into the contract of sale on the basis of the misleading apartment render. And, if required to perform the contract, they would experience substantial prejudice and hardship. Therefore, an order for statutory rescission of the contract of sale under s 243(a) of the ACL was appropriate.

Had it been necessary to do so, an order for rescission in equity for misrepresentation would have been made.

By definition, there’s no physical property to inspect in an off-the-plan sale. And so the documentation, including the plans and promotional material, becomes especially important. If there’s a material difference between the property as represented in the documentation and the property in its finished state, the purchaser may be entitled to a remedy because of the disparity. For example, the purchaser may be able to rescind under the rule in Flight v Booth or may be entitled to an order for rescission or damages for misleading or deceptive conduct or misrepresentation under the general law.

This case was about the visual representation of an apartment in a “render”, which formed part of the promotional material for the proposed building. Of course, a representation need not be verbal. Images are also capable of communicating meaning. Here, the render represented that the apartment would have a “flow-through design”, in which a large gap in the glass panelling separating the terrace from the interior of the apartment would effectively permit the 2 areas to become one. The occupants and their guests would be able to move freely between the terrace and the living area. The purchasers, wanting that very feature and relying on the representation contained in the render, contracted to buy the apartment. However, the representation made by the render was a misrepresentation — it was impossible to provide more than a 3.4 m gap in the glass panelling — and the Federal Court ordered rescission of the contract for misleading or deceptive conduct and misrepresentation in equity.

Of particular note to conveyancers is that a disclaimer in the brochure for the apartment building (which included the render) and exclusion clauses in the contract were of no help to the vendor. Being “boilerplate” clauses, they failed to correct the purchasers’ understanding that the completed apartment would look the same as in the render. The Court said that the clauses would have needed to say specifically that the apartment would not be the same as that shown in the render if they were to negate the misrepresentation.

Practitioners acting for vendors in off-the-plan sales must advise their clients of the need to ensure that the plans, promotional material and other documentation used to describe and display the property is accurate. And if there is likely to be a departure from the property as represented in the documentation, prospective purchasers should be given clear and specific advice to that effect. Also, if a prospective purchaser wishes to proceed, one should ascertain whether they are relying on a specific representation about the property, whether verbal or pictorial. The vendor’s conveyancer should then obtain instructions as to how to deal with that representation, whether in the contract or beforehand. If the purchaser’s reliance is misplaced, then the representation needs to be corrected in the clearest possible way. 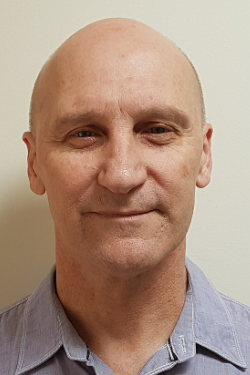