Justice Colvin is a part-time Commissioner of the ALRC and was appointed on 18 February 2021, with the term expiring on 30 November 2023.

Justice Colvin was appointed to the Federal Court of Australia on 13 February 2018.

He graduated from the University of Western Australia with a Bachelor of Jurisprudence with First Class Honours and a Bachelor of Laws with Honours. In 1985 he served as associate to the Hon. Justice Toohey. In 1993 he obtained a Master of Laws degree from the University of British Columbia. He became a member of the Independent Bar in 1995 and was appointed Senior Counsel for Western Australia in 2001.

Prior to his appointment, Justice Colvin practised in commercial and civil disputes, particularly in the areas of economic regulation, contract law, administrative law and equity, until his appointment to the Bench. He acted as an arbitrator, mediator and expert in the resolution of commercial disputes. 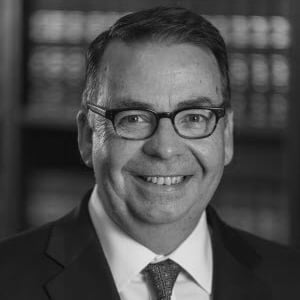