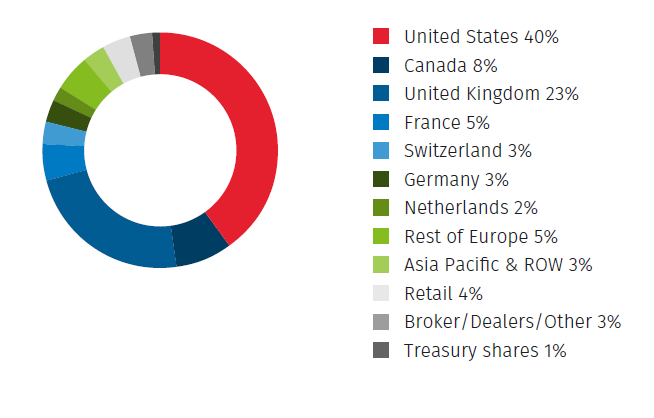 Source: Nasdaq Corporate Solutions, as of October 2021.​
Please consult the website of the Netherlands Authority for Financial Markets (AFM) for details of investors who have disclosed shareholdings in Wolters Kluwer to the AFM.​
Back To Top