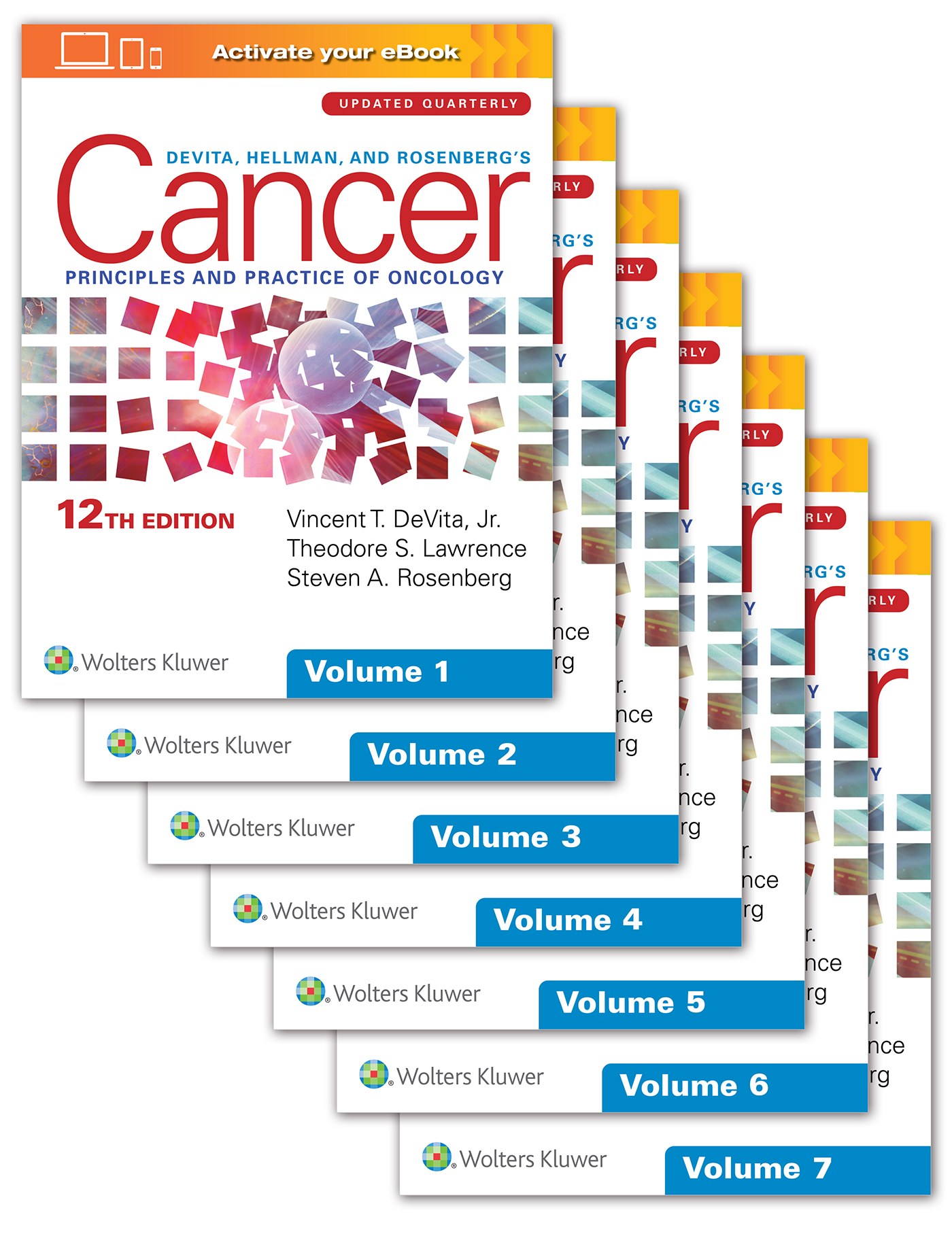 The standard-setting text in oncology for 40 years, DeVita, Hellman and Rosenberg’s Cancer: Principles and Practice of Oncology, 12th Edition, provides authoritative guidance and strategies for managing every type of cancer by stage and presentation. Drs. Vincent T. DeVita, Jr., Theodore S. Lawrence, and Steven A. Rosenberg oversee an outstanding team of expert contributing authors who keep you up to date and fully informed in this fast-changing field. This award-winning reference is also continually updated on Health Library and VitalSource platforms for the life of the edition.