Financial institutions must manage risks old and new. Some of the newer risks concern climate, including physical risk, or harm caused by the material effects of climate-related events on a bank or its customers, and transition risk, which encompasses the effects of legislative or regulatory developments that affect operations.

How to assess climate risk is an open question, especially because climate science is a fairly new undertaking and its methods and findings continue to evolve. It is a question, though, to which supervisory authorities have begun to demand answers.

Institutions have no choice but to take a stab at it and make their best educated guesses, but as their learning curves move up and to the right, their assessments of climate risk stand a greater chance of satisfying regulators. Firms will become better placed to satisfy commercial imperatives, too, as they hone their ability to factor these new risks into their decision making and strategic planning.

A concrete sign of the new emphasis among regulators is the European Central Bank’s call for banks to disclose sustainable-finance data in their reports and, beginning in 2022, to conduct climate risk stress testing. The time is ripe, then, to consider some of the challenges that carbon and climate information disclosures, and the greening of financial supervision in general, present. Here we will address data, modeling and scenarios.

Measuring the cost of carbon

There is plenty of climate data online, and specialist providers can filter or structure it for a price. With greenhouse gas accounting already a widespread practice, it is a straightforward task to determine the amount of carbon dioxide – known as CO2 equivalents – that a bank is responsible for emitting directly, and that its borrowers and other counterparties emit in the course of their activities. The firm’s next challenge is to use its existing pricing assumptions to confirm whether its policies related to the green market – carbon offset credits and the like – and lending practices reflect the true cost of emissions.

As part of the stress-testing initiative, the ECB will conduct a benchmarking exercise to compare and validate institutions to determine how each is positioned in terms of its emission models and calculations. Central banks are increasingly pushing institutions to quantify emissions associated with their portfolios and the impact they have on credit, market and liquidity risk. Collecting climate data is not something the industry has much experience with, so most firms are struggling to find, collect and store the relevant data. There is no easy way to do it right; it will be an exercise in learning by doing.

There will be a lot of that going on, although authorities are still mainly asking questions rather than offering answers or making demands. The ECB is further along than many bodies with its call for banks to include climate information in their submissions and to factor climate risk into stress testing procedures.

The Basel Committee on Banking Supervision recently published a document seeking industry input on guidelines, yet to be issued, covering climate risk. Across the Atlantic, the U.S. Office of the Comptroller of the Currency released a set of principles for large banks on managing climate risk and said there are more on the way. The Federal Reserve has promised rules related to scenario analysis exercises for banks, and the Securities and Exchange Commission is crafting rules on climate-related disclosures for publicly traded companies.

In Canada, meanwhile, the Office of the Superintendent of Financial Institutions has indicated that climate-related risk management and reporting rules and practices are coming for banks operating there.

As supervisory authorities devise their strategies, the industry is making headway in its efforts to build out processes to capture climate data. Here are some thoughts about the state of play:

The “risk” in “climate risk” is a misnomer. Risk indicates a phenomenon that is measurable using historical data and produces a result within an identifiable range of probabilities. “Climate uncertainty” would be a better description, as the effects under discussion are hard to quantify, and predictions about them must be derived by generating a series of what-if questions, which themselves are hard to answer, and scenario analysis. A benefit of thinking about the topic this way is that it becomes easier to factor in black swan events, which are inherently harder to capture in conventional risk modeling due to their low probability. Needless to say, combining climate uncertainties with those of financial modeling magnifies the complexity.

Climate modeling differs in key ways from other sorts of financial modeling:

What is most important for now is that a climate model be defendable and rooted in established scientific principles and processes. It is better to have multiple competing models whose methods and results can be compared with one another than to put all your eggs in one basket. And because frequent changes in regulations and practices are likely, it would benefit the financial sector if all players are transparent about their models and how they work, to facilitate comparisons and enhance methodological convergence.

Scenarios to the rescue?

Fortunately, when it comes to the scenarios that are plugged into climate models, we have a better grasp of what is generally accepted in the market. The Network for Greening the Financial Industry, an initiative backed by 92 authorities, including the European Banking Authority (EBA) and the primary financial regulators of Australia, Singapore and Hong Kong, have agreed on a minimum set of scenarios that need to be considered in assessing climate risk. Their framework allows data related to emissions to be explored and visualized, and there is a public application programming interface to facilitate communication.

Central banks might suggest more specific scenarios for banks to evaluate as part of their stress tests. The ECB’s 2022 scenarios ask banks to consider short-term vulnerabilities in a three-year disorderly transition scenario triggered by a sharp increase in the price of carbon emissions, and to consider longer-term strategies when confronted with three different transition scenarios over a 30-year horizon.

The ECB also cautions institutions to account for the green bubble effect, in which assets may be mispriced and capital misallocated because an unrealistic premium is placed on anything perceived to be environmentally beneficial. Such conditions might elevate the credit risk of some corporations, especially if affected industries experience greater competition or overfinancing.

Also, some carbon effects are locked in for at least the next 30 years. Even if the world became an eco-friendly paradise overnight, the damage created in the world we live in today will take time to dissipate. This means we need to assess known, current impact scenarios hand in hand with ones whose effects will take much longer to understand and measure. With those caveats in mind, it is widely accepted that stress tests should include the following elements:

A complicated but worthwhile endeavor

There is much to do, but it is worth doing, because regulators are not the only ones who need to come to grips with this comparatively new form of risk. It is bound to grow as a business priority within banks, not just a compliance conundrum. The fate of the physical world is a big-picture – very big – matter that increasingly will play a role in an organization’s long-term thinking.

An understanding of climate risk can help with detailed, shorter-term calculations, too. Say you make a substantial loan to a developer who is building apartments in the Azores. The ECB might want you to calculate your expected loss on that loan from a climate-related event, say an increase in annual storms that damage the apartments or reduce demand for them. That calculation is one that your firm also will want to make so that you can gauge how much risk you are incurring and price the loan correctly.

It is too early to define best practices when it comes to modeling climate risk, but certain good practices can be identified. One is transparency; a firm should be clear and open about its model and the scenario choices it employs so that comparisons can be made with others and to generate a sense of trust. Insufficient transparency will open the door for assumptions and accusations about greenwashing, and it will drive up the cost of convergence and standardization of models. Intellectual property is at stake, of course, but it is in everybody’s interest to test and standardize models sooner rather than later.

The climate is rapidly changing, and with it the need to understand the impact that this change will have on financial institutions and their customers, and to devise models and scenarios that measure accurately the risks associated with it. If we come to see carbon emissions as an aspect of our day-to-day business, just like any other, albeit a more inscrutable one for now, it will help us to propel our business forward, make better decisions and become more competitive. 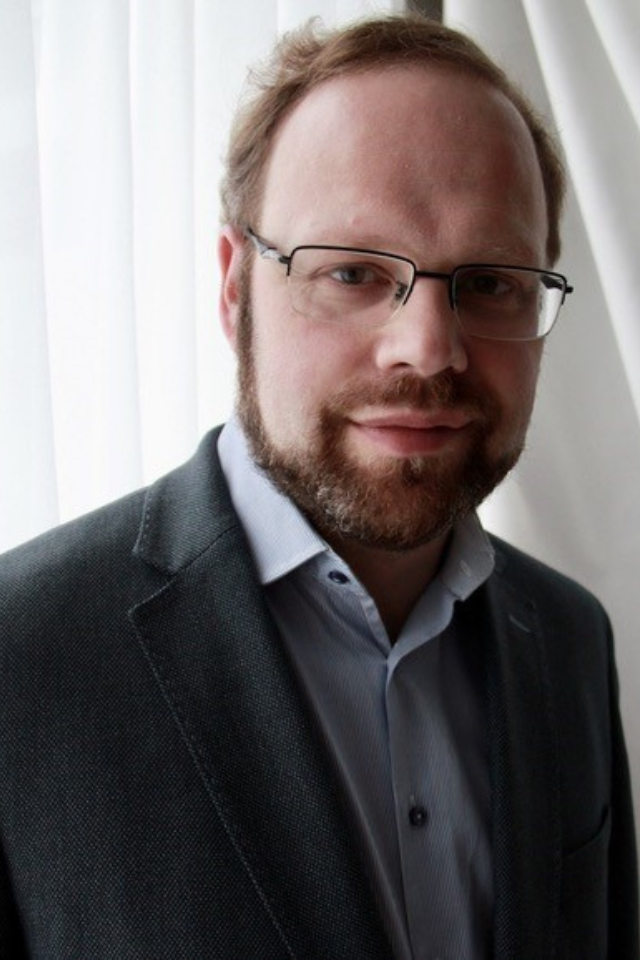 Unleash the power of your finance systems Basel and climate risk: How will guidelines evolve? Insights Magazine - Issue 16