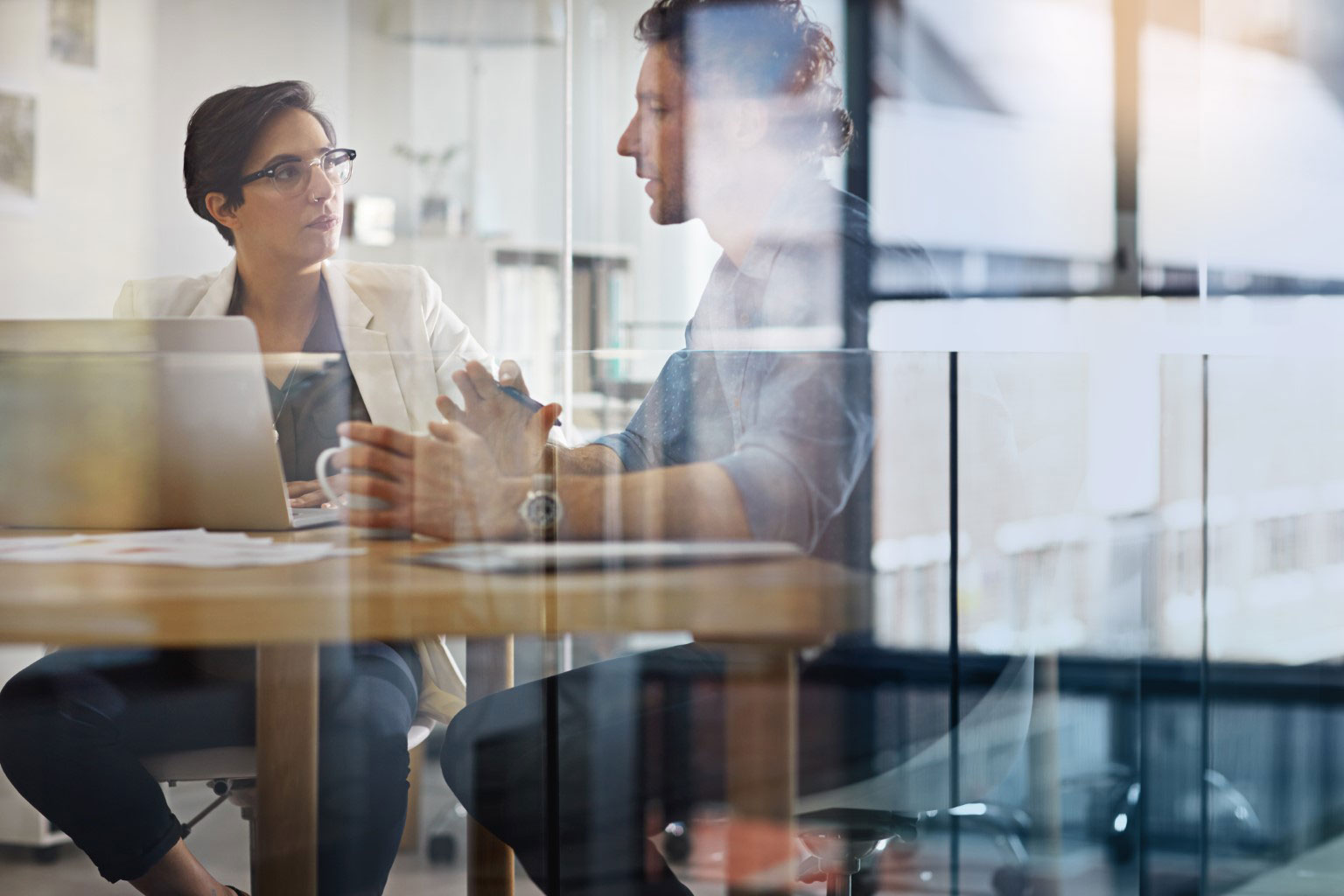 A Look at the OCC’s CRA Modernization ANPR

The Office of the Comptroller of the Currency (OCC) issued an Advance Notice of Proposed Rulemaking (ANPR) for the Community Reinvestment Act (CRA) on August 28, 2018. Most had expected this eagerly anticipated ANPR to be an interagency product, prepared jointly with the Federal Reserve and Federal Deposit Insurance Corporation (FDIC), the other two banking regulators that have responsibility for the CRA regulations. However, the OCC departed from the customary interagency approach that has been followed in connection with CRA rulemaking for decades and acted on its own. The list of 31 questions, in actuality, provides an answer to the question of whether we can expect to see modernization of the current regulations that implement the 40-year-old statute, and the OCC’s answer appears to be a resounding “yes.”

The OCC expressed that its goal for issuing this ANPR is “to obtain additional public input on how to revise the CRA regulations to encourage more local and nationwide community and economic development—and thus promote economic opportunity—by encouraging banks to lend more to low-to-moderate (LMI) areas, small businesses, and other communities in need of financial services.” However, the details concerning the “what” and the “how” regulatory modernization will occur are not yet clear but seem directed towards a metric-based framework, a phrase oft-repeated throughout the 22-page ANPR. In terms of “when” we can expect to see specifics of the new CRA, we will need to be patient. At the earliest, a final rule will not be promulgated by the OCC or other regulators until sometime next year.

Until then, all interested stakeholders have an opportunity to provide input to the OCC by Monday, November 19, 2018, marking the 75-day comment period from the ANPR’s September 5, 2018 publication in the Federal Register. The OCC will likely need at least 75 to 100 days thereafter to review the comments, before proposing a rulemaking notice that would start another 75-day comment period. The extent to which the OCC collaborates jointly with other regulators or continues to issue a regulation on its own is another wild card that could create a variety of issues or possible delays in the issuance of a proposed or final rule.

Specifically, the OCC is inviting comments from stakeholders in the following six areas:

The OCC’s current CRA regulations, as well as those of the Federal Reserve and FDIC, provide different methods to evaluate a bank’s CRA performance, depending on the bank’s asset size and business strategy. A bank’s CRA performance evaluation is based primarily on the CRA-qualifying activities that occur in or serve a bank’s assessment area(s). For some banks, their assessment area(s) may not include a substantial portion of the area(s) in which they conduct activities that would otherwise qualify for CRA consideration.

Some stakeholders have expressed the view that the current regulatory framework is too complex, that asset thresholds for the performance tests and standards have not kept pace with bank asset sizes, and that standards are not applied transparently or consistently in performance evaluations. Additionally, banking has evolved, and the cost of operating branches has increased. Changes in the industry offer more opportunities for banks to engage in business outside of the geographies surrounding physical branches. Numerous factors, including technological advances in the delivery of banking services, shifting business models, and changes in consumer behavior and preferences permit banks to engage in the business of banking, regardless of whether they have branches or, if they do, the location of their branches.

The OCC suggests that a metric-based approach will allow flexibility to accommodate bank capacity and business models, while facilitating the comparison among banks of all sizes and business models and the evaluation against an objective, transparent threshold.

One approach set forth in the ANPR is to create a metric-based performance measurement system with thresholds or ranges (benchmarks) that correspond to the four statutory CRA rating categories (outstanding, satisfactory, needs to improve, and substantial non-compliance.) The ANPR suggests that these benchmarks could represent the overall or “macro” benchmarks for obtaining a particular rating, and could be composed of the “micro” components of CRA-qualified lending, investments, and services. These components could be aggregated to achieve the overall benchmark or level of performance.

In a metric-based framework designed to bring clarity to the determination of CRA ratings, the ANPR further suggests that benchmarks representing the dollar value of CRA-qualified activity could be compared to readily available and objective criteria—such as a percentage of domestic assets, deposits, or capital from the bank’s balance sheet—to calculate a ratio that could correspond to the benchmark established for each rating category. For example, a bank with $1 billion in total assets that conducted $100 million of CRA-qualifying activities in the aggregate would achieve a 10-percent ratio, if total assets were used for the denominator.

Six of 31, or 20% of the ANPR questions invite comments on these suggested approaches and other alternative models for evaluating CRA performance based on such factors as: bank business model, asset size, delivery channels, and branch structure—as well as measures or criteria used to evaluate performance; consideration for qualifying activities that serve areas outside a bank’s delineated assessment areas; and balance-sheet items such as assets, deposits, capital or other factors.

Additional considerations for a metric-based approach include how to evaluate performance context, community involvement, and community development services. The OCC also is interested in the industry view of “weighting” CRA-qualifying activities, such as providing a higher metric value for activities in certain geographies, including LMI areas near bank branches; activities targeted to LMI borrowers; or activities that are particularly innovative, complex, or impactful on the bank’s community.

3. Redefining how “communities” and “assessment areas” are defined

The OCC recognizes evolving banking practices and is interested in an updated approach for how banks receive consideration for CRA-qualifying activities. As written in the ANPR, “while the OCC would continue to assess CRA performance as required by statute, qualifying activities outside of the areas where a bank has its main office, branch offices, and deposit-taking ATMs could be considered and assessed in the aggregate, at the bank level, in addition to activities in its traditional assessment areas or local geographies.” The ANPR adds that perhaps the definition of “assessment areas” could allow a bank to include additional areas tied to the bank’s business operations (e.g., areas where the bank has a concentration of deposits or loans, non-bank affiliate offices, or loan production offices).

Two of the 31 ANPR questions invite comments on how the definition of “assessment area” can be updated, and how bank activities in the LMI geographies surrounding branches and deposit-taking ATMs, or in other targeted geographic areas, be weighted (and if so, how). The ANPR states that the OCC is interested in the industry’s view of whether some other approach should be taken to ensure that activities in LMI areas continue to receive appropriate focus from banks, such as requiring banks to have some minimum level of performance in the metropolitan statistical area (MSA) and non-MSA areas in which they have domestic branches.

The OCC appears to be especially interested in clear standards relating to the type and categories of activities that should receive CRA consideration, as 14 of the 31 questions, or 40% of the ANPR is devoted to this discussion. The OCC welcomes input relating to CRA consideration across a broad range of activities supporting community and economic development, while retaining a focus on LMI populations and areas.

The OCC is also considering how financial education programs can be considered, as well as utilization of small and disadvantaged service providers. Additional considerations relate to the issue of “weighting” various qualifying activities, and how bank delivery channels, branching patterns, and branches in LMI areas should be reviewed as part of a CRA evaluation. Finally, the OCC is contemplating how to take into consideration ventures for minority-owned and women-owned financial institutions, along with ventures that may include non-minority or non-women-owned businesses.

The OCC also invites comments on how to modernize the CRA regulations to promote transparency and consistency in recordkeeping, reporting, and examination requirements. The current regulatory approach does not facilitate regular tracking, monitoring, and comparisons of levels of CRA performance by banks and other stakeholders.

The ANPR notes that one advantage of a modernized CRA framework that uses objective, reportable metrics could be to allow for better tracking by banks of their overall CRA level of performance on a regular, periodic basis. The ANPR suggests that this could allow an institution the ability to differentiate among activities based on their location, type or other factors. If a metric-based framework and clarified standards for identifying and measuring qualifying activities are used, the ANPR states that such an approach could provide stakeholders a better understanding of the level of a bank’s CRA performance on a straightforward and timely basis.

Three of the 31 ANPR questions, or about 10% relate to reporting data gathered using a metric-based approach. The OCC is interested in the industry’s opinions relating to CRA recordkeeping and reporting requirements, including frequency of reporting, and whether a metric-based approach on a regular, periodic basis better supports the tracking, monitoring and comparison of CRA performance levels. The OCC also is committed to evaluating the economic impact of, and any costs and benefits associated with, any changes that are proposed to the CRA regulations, and invites stakeholders to provide feedback on the annual costs associated with data collection, recordkeeping and reporting under the current regulatory framework. Finally, the OCC notes that it may be necessary to obtain further feedback in this area if a new framework is proposed in a future rulemaking.

6. “Other ways” to improve the CRA regulatory framework

Finally, the OCC invites other ideas and options for modernizing the CRA regulatory framework.

Driving consensus as we move forward

Going forward, we expect that various stakeholders will debate the efficacy of the ANPR in addressing the need to modernize the CRA to more effectively serve the convenience and needs of a bank’s community, particularly LMI and underserved populations. Specific community groups have and may continue to raise concerns that the revisions simply make it easier for banks to receive favorable CRA consideration for a wider range of activities, rather than placing a greater focus on areas that need lending, investments, or services most. However, the ANPR does represent a first step to begin the process to establish a modern CRA regulation that can be uniformly interpreted and applied. Through this process, perhaps all stakeholders will find common ground that will better align the CRA’s original mandate with a banking industry that has undergone significant transformation in recent years, and reduce the challenges associated with the current CRA regulations.

Note: This document is not intended to be legal, accounting, tax or other professional advice, and Wolters Kluwer encourages readers to review official materials and seek advice of counsel.