To search on compatibility information, begin by typing the desired drug or solution name into the appropriate search box. Possible drug/solution selections will be displayed as you continue to type. Select a drug or solution by clicking the Enter key on your keyboard or by using the Add button. You will need to enter at least two drugs or at least one drug and solution into the respective search boxes to create the compatibility table. The selected drug(s) and solution(s) will populate the Selected Items in the left pane. Once the desired items have been entered, click the blue Analyze button to perform the compatibility check. 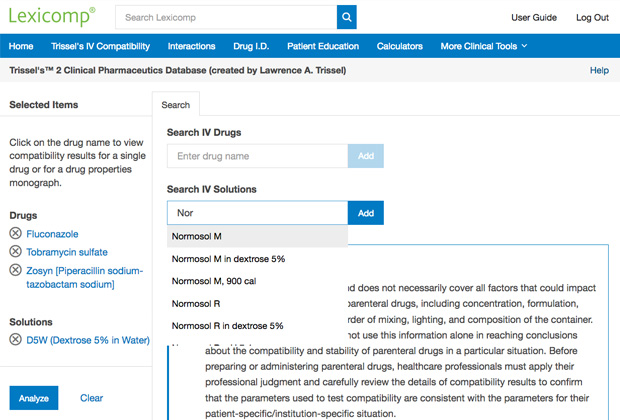 The results will be presented in a table with the drugs in both horizontal and vertical axes. Solutions, if selected, will be listed underneath the drugs on the vertical axis. To locate the results of a desired drug-drug or drug-solution pair, follow the horizontal and vertical axes to find where they intersect. The field will contain the different compatibility tests available for the desired pair. To filter the compatibility types to only view Y-site compatibilities, change the filter at the top of the page from "All methods" to "Y-Site only." 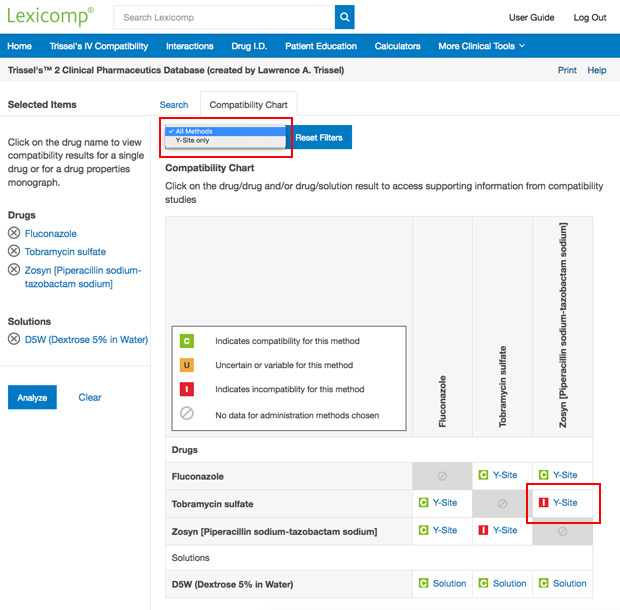 U - Uncertain or Variable 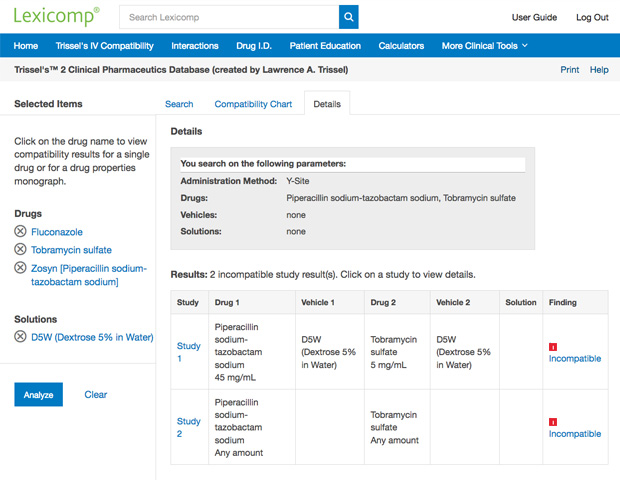 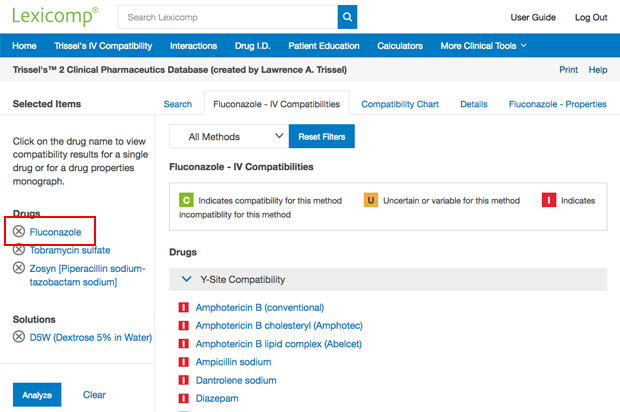 You can use the filter menu to narrow the results to a specific type of compatibility. 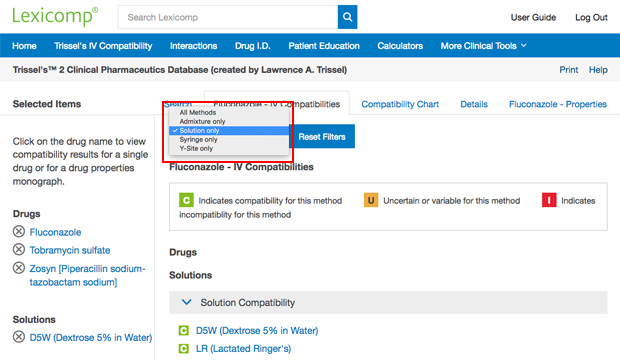 In addition, when the drug name is clicked, a second tab opens to display the specific pharmaceutical properties for a particular drug. (Items listed in the "Solutions" section will have only the tab for the pharmaceutical properties information available). These monographs may include: formulation or reconstitution information, stability and storage information, light effects, pH, and various other characteristics.

You can click on the Search tab at any time to enter new drugs to be screened. New items will appear in the "Selected Items" field. To remove an individual drug or solution, click on the X next to the name. To clear the items from the tool, click the Clear button.