A taste for NCLEX success

By: Rebecca A. Cox-Davenport, PhD, RN

During elementary school, I was taught that there were four ways we taste food: sweet, sour, bitter, and salty.

However, a few years back, I listened to a National Public Radio story about a “new" fifth taste called umami, which is a savory sensation associated with foods like fermented products and meat broths. Umami was not technically a new tasting concept in the world of cuisine, but it was fully embraced by science when umami's chemical and the associated taste receptors were discovered. Even though umami was always there and most of us experienced this taste sensation at some point, it took time to identify and distinguish this from the other more familiar and accepted distinctions.

In nursing education there also seems to be something else among students--a hidden-in-plain-sight, umami-like essence that helps students pass the NCLEX. Nurse educators know that there is not one “magic bullet" that increases a student's chances of passing. Instead we know it is a combination of tangible and frustratingly intangible factors. One intimation is that a student's nursing grade point average (GPA) and some science grades may predict success on the NCLEX (Simon, McGinniss & Krauss, 2013). Nursing schools also have adopted standardized end-of-course examination packages and end-of-program NCLEX predictor tests in the effort to identify students at risk for failure. Research findings show, however, that accurately predicting success on the NCLEX is easier than accurately predicting failure (Cox-Davenport & Phelan, 2015; Spurlock 2013).

Students also seek that something else to guarantee NCLEX success. Many of them are drawn like moths to a flame to NCLEX review courses after graduation. I have had students tell me that they have taken three different review courses looking for an NCLEX edge. The hope is that such review courses hold the key to passing the exam. If you read student forums about NCLEX success, students often will swear by review courses, and not the hundreds of hours spent studying in school!

Despite so many valiant efforts, students still are not universally meeting standardized benchmarks, and there is still NCLEX failure. Investigations into the intangible have yielded interesting insights. More than one researcher has found that student test scores improved with mindfulness and meditative exercises (Fiske, 2017; VanKuiken et al., 2017). Also notable are studies about the effects of a student's self-efficacy to bolster success. Interestingly, small and simple interventions like nursing students using a “magic pencil" while taking tests seem to reduce anxiety and positively affect performance (Berube, 2015).

One intervention that I have seen multiple students benefit from is frequent and ongoing exposure to and practice with NCLEX-style questions. An example of a product that provides the ability for students to engage with questions in this way and receive helpful performance feedback is PrepU, which is an individualized program that engages students adaptively-providing them quizzes always targeted to their demonstrated proficiency so they remain engaged and challenged at just the right level of difficulty. Before practice quizzing software like PrepU was available, students asked for practice questions before big tests. It felt like a double whammy to have to write tests and write practice questions, but I often conceded to quell students” palpable anxiety. Multiple studies have supported the academic benefits of using targeted questions at the time of student studying and learning (Kapricke & Blunt, 2011; Roediger & Butler, 2011). But what is it about practice questions, and in particular adaptive quizzing software, that also seems to satisfy many of the intangible factors that help students?

Maybe the umami of nursing student testing has something to do with intentional practice. Data support that as students continually answer questions, their self-efficacy rises (Simon-Campbell & Phelan, 2016). The literature supports, and I myself have seen, that students respond positively to being compared with and ranked against their peers. They compare outcomes like PrepU‘s Mastery Level amongst themselves and want their own performance to improve. In a study I did with Julia Phelan, PhD, we found that most students used adaptive quizzing above what the course required, and the more students used adaptive quizzing, the higher their Mastery Levels would increase (Cox-Davenport & Phelan, 2015). The literature also supports that taking practice questions helps to reinforce and cement knowledge that students just learned (Karpicke & Blunt, 2011). I can also attest that students do better on my examinations when they have completed practice questions. When I counsel students who have not passed a unit examination, I can almost guarantee that they have not done their questions.

One benefit of PrepU‘s adaptive quizzing that distinguishes it from the more traditional summative and standardized options programs have used for decades is that PrepU is always available: 24 hours a day and seven days a week. Students do not have to wait until the end of a unit, semester, or program to know how they are doing and how to prioritize their study. This formative approach to the learning experience allows both students and instructors to make adjustments early in the process, enabling an interrelated evaluation and remediation experience. Such an approach is very different from the more traditional summative approach, where student evaluation happens late in the learning experience, with limited opportunities for remediation, which in turn can become cumbersome and intimidating for everyone involved if the needs for adjustment are great but the time to implement fixes is small. 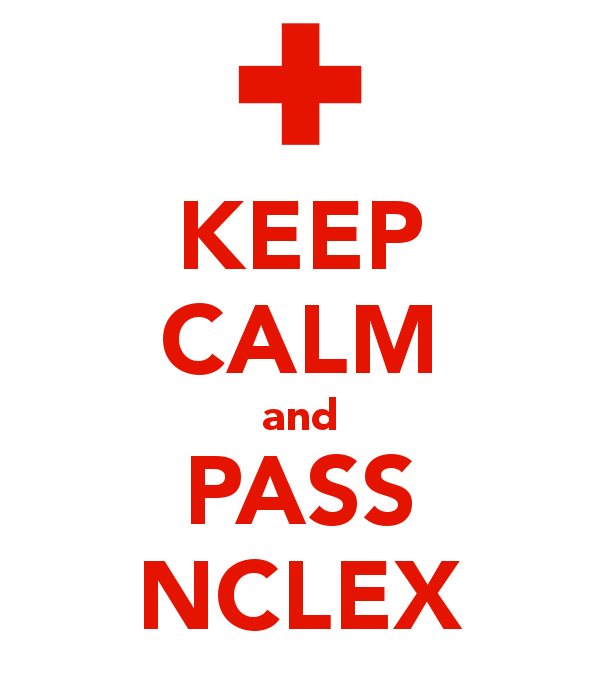 I am not sure if nurse educators will ever find the “unami" that can help ensure that a nursing student will succeed on the NCLEX the first time. But it is wonderful to search for answers and find tools and approaches that help make learning more flavorful.

Building clinical judgment during a pandemic: Exploring flexible foundational learning experiences that address the Next Generation NCLEX Teaching clinical judgment through cases Preparing students for temporary changes in the process for taking the National Council of State Boards of Nursing NCLEX-RN Licensing Exam